Today was as perfect a day as a day can be. In my previous post I mentioned I wanted to work on having more “family” time. Well check, check for me! Today fulfilled that desire in every way. It was near perfection: relaxed morning all together, walking in puddles with Scotter, wearing Anders in the ErgoBaby amongst great beauty, holding hands with Tom, longs chats in the car, good food, and flowers, flowers, flowers.  I’ll let the pictures tell the rest of the story: 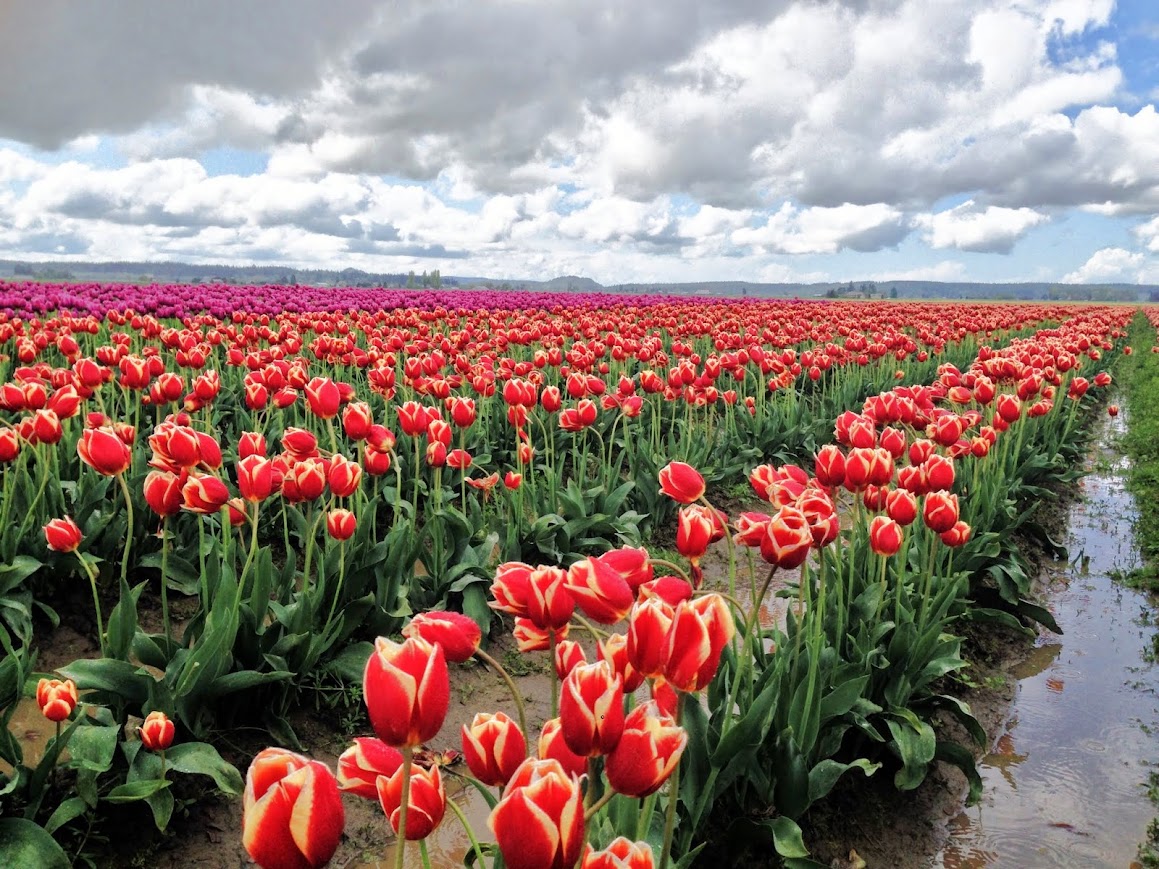 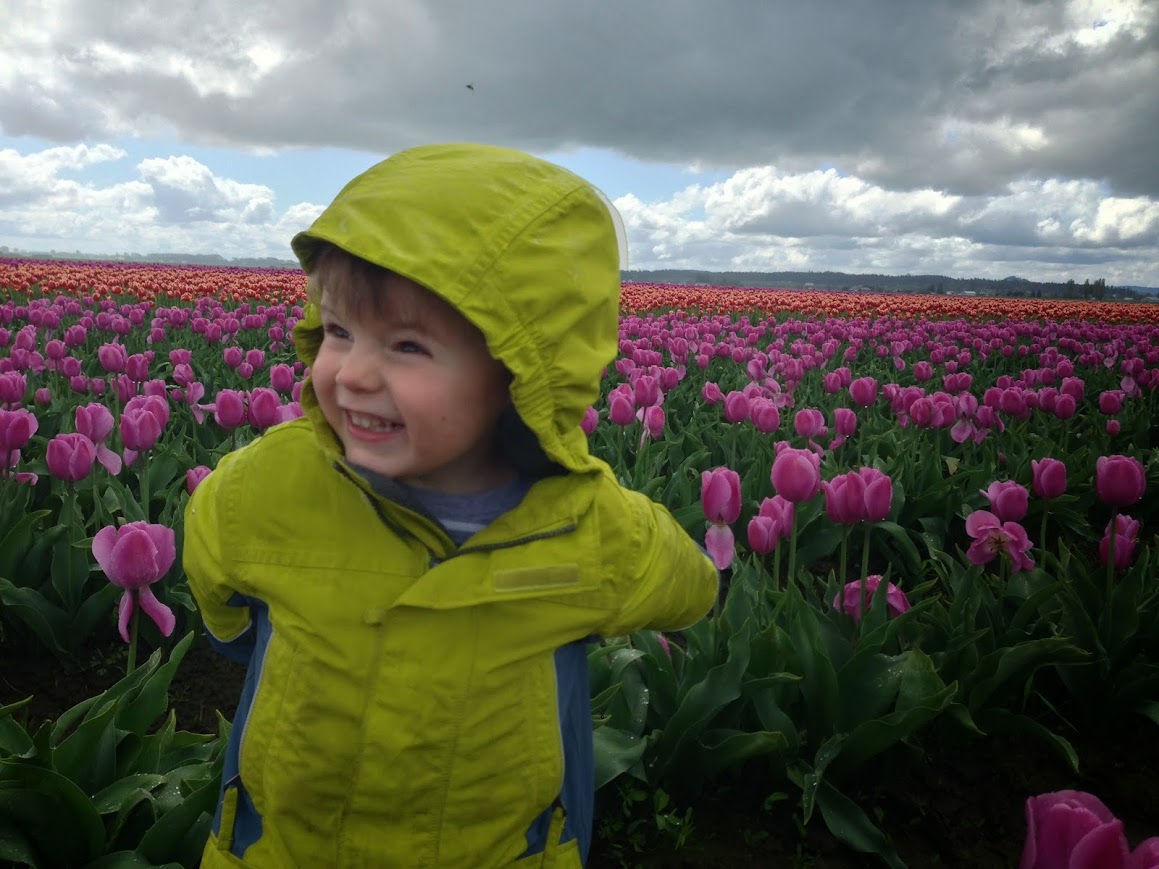 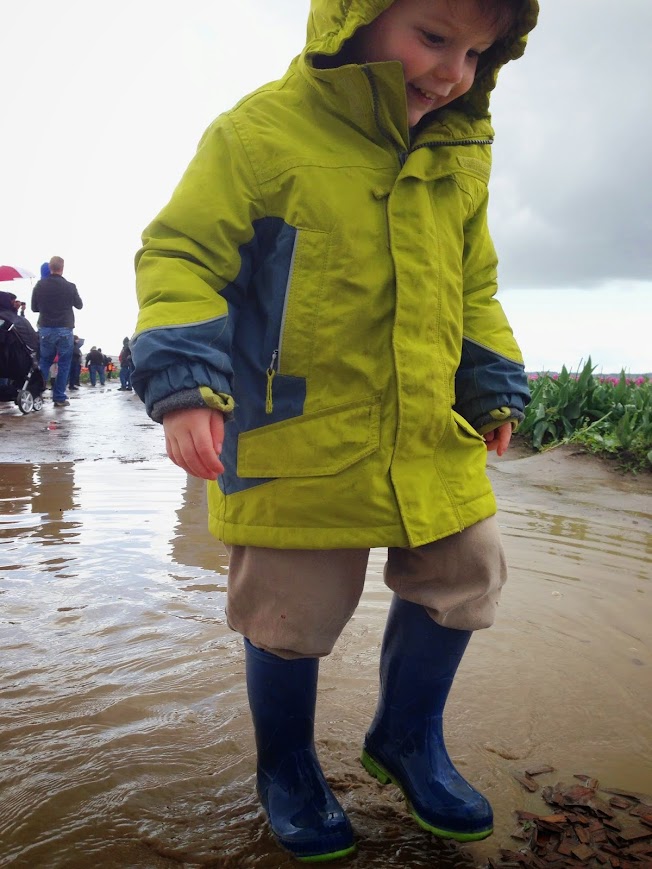 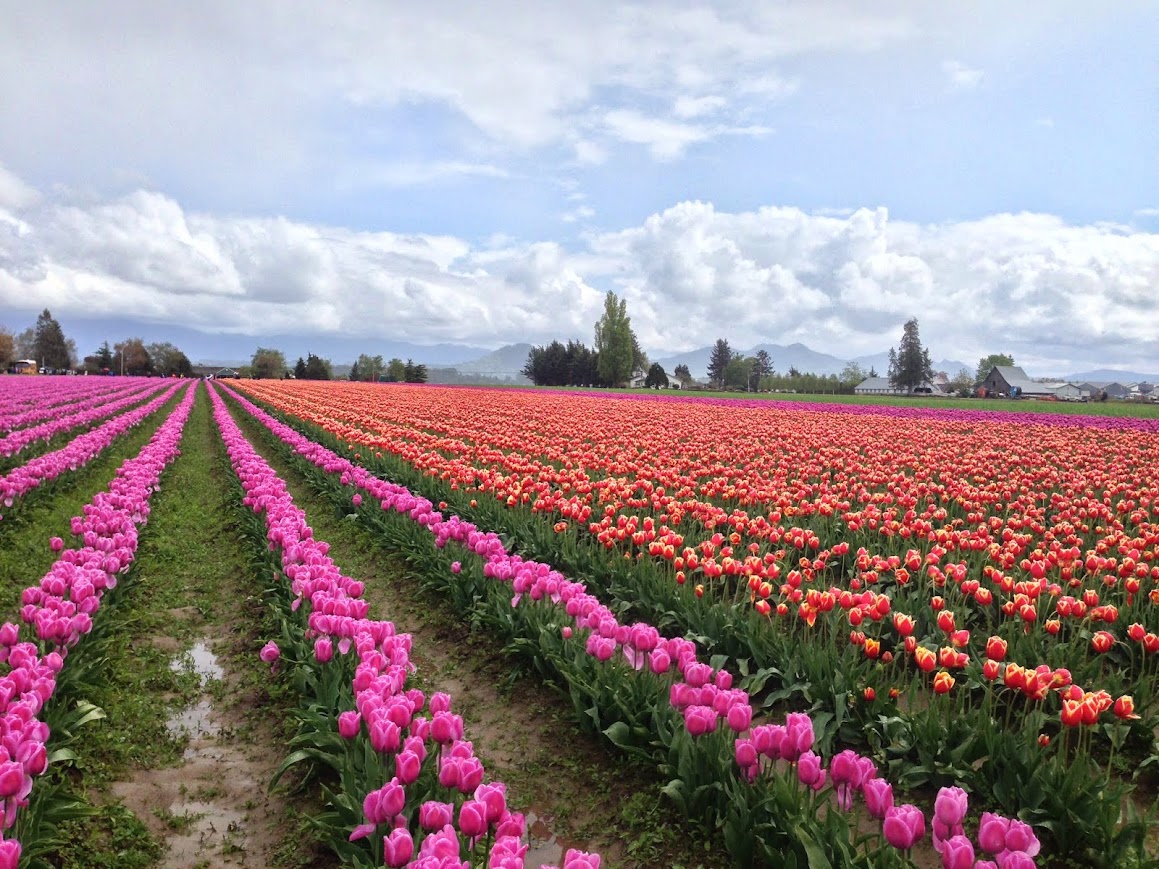 I’ll admit I thought many times today- I don’t want to ever move from this place. In other wards, maybe Tom will get his way, and we’ll stay in Seattle permanently. (Note: The sun was shining brightly today.)

I also told Tom that maybe he ought to just be a general pediatrician so we could move to Skagit Valley across from these fields.

Tom took me to see the Butchart Gardens on our honeymoon. It’s probably the last time I’ve seen this many flowers in bloom and brought back many flashbacks to that lovely week. Babe, I feel a little deeper in love with you today! 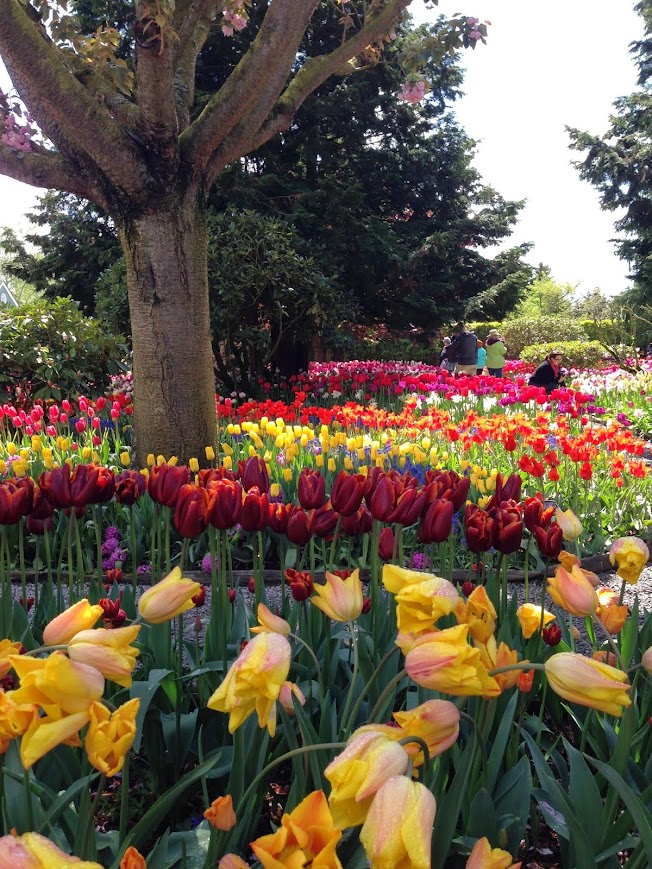 Sigh! May I stand and take this in for eternity. 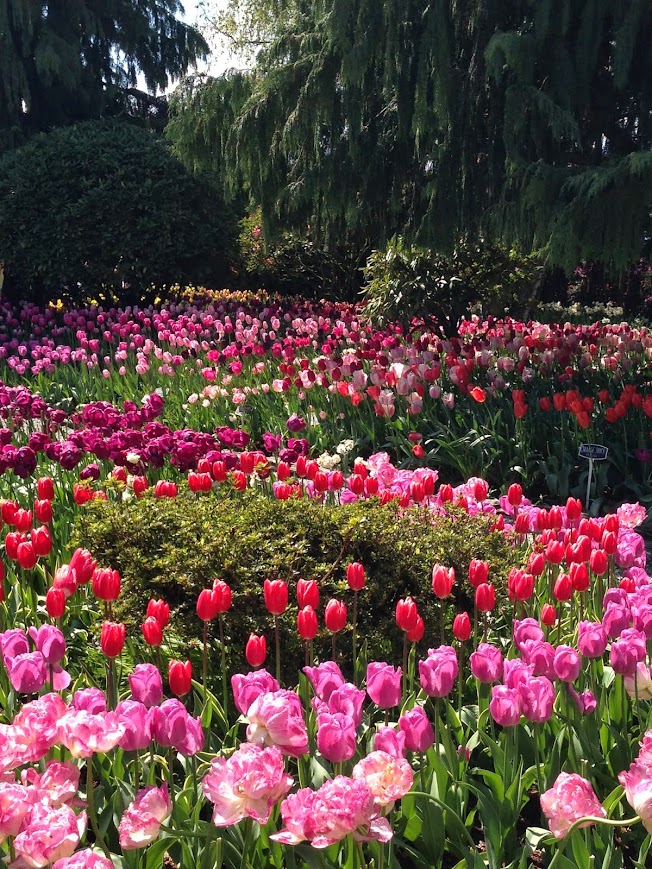 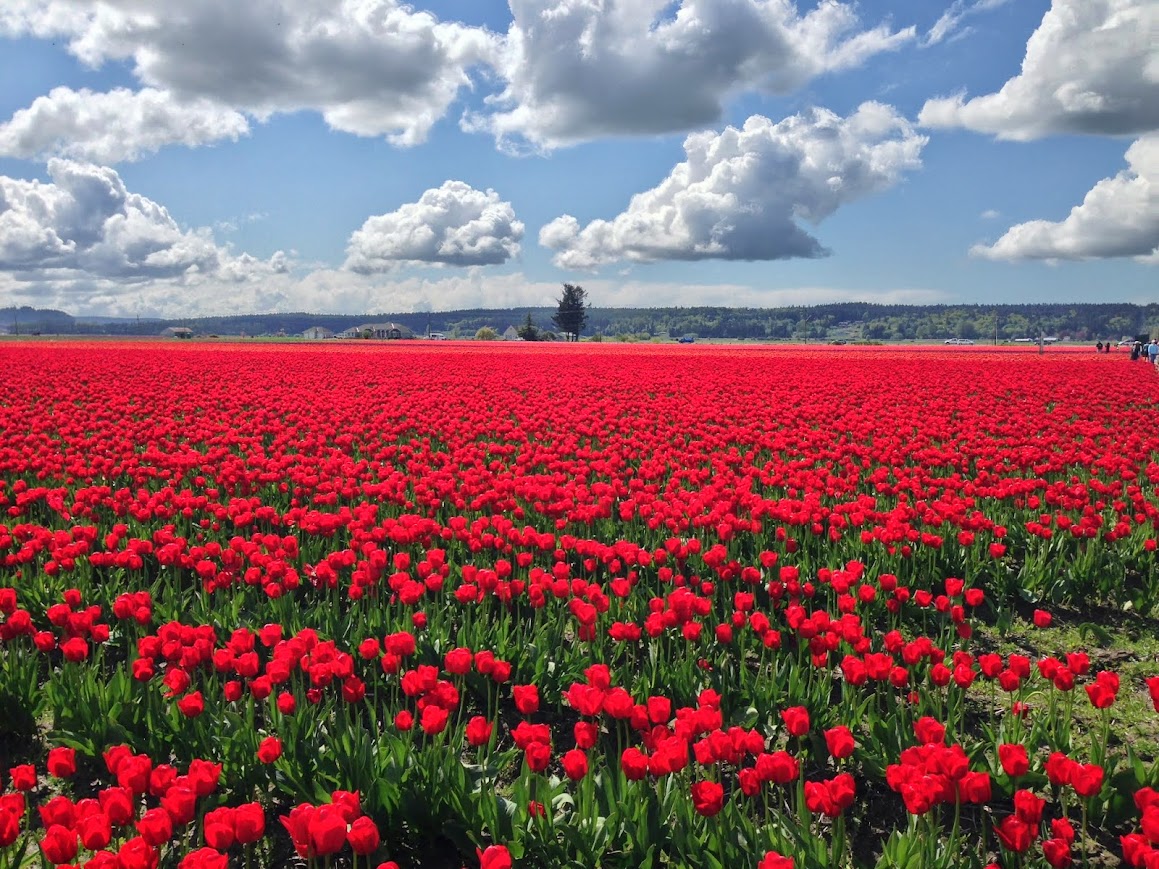 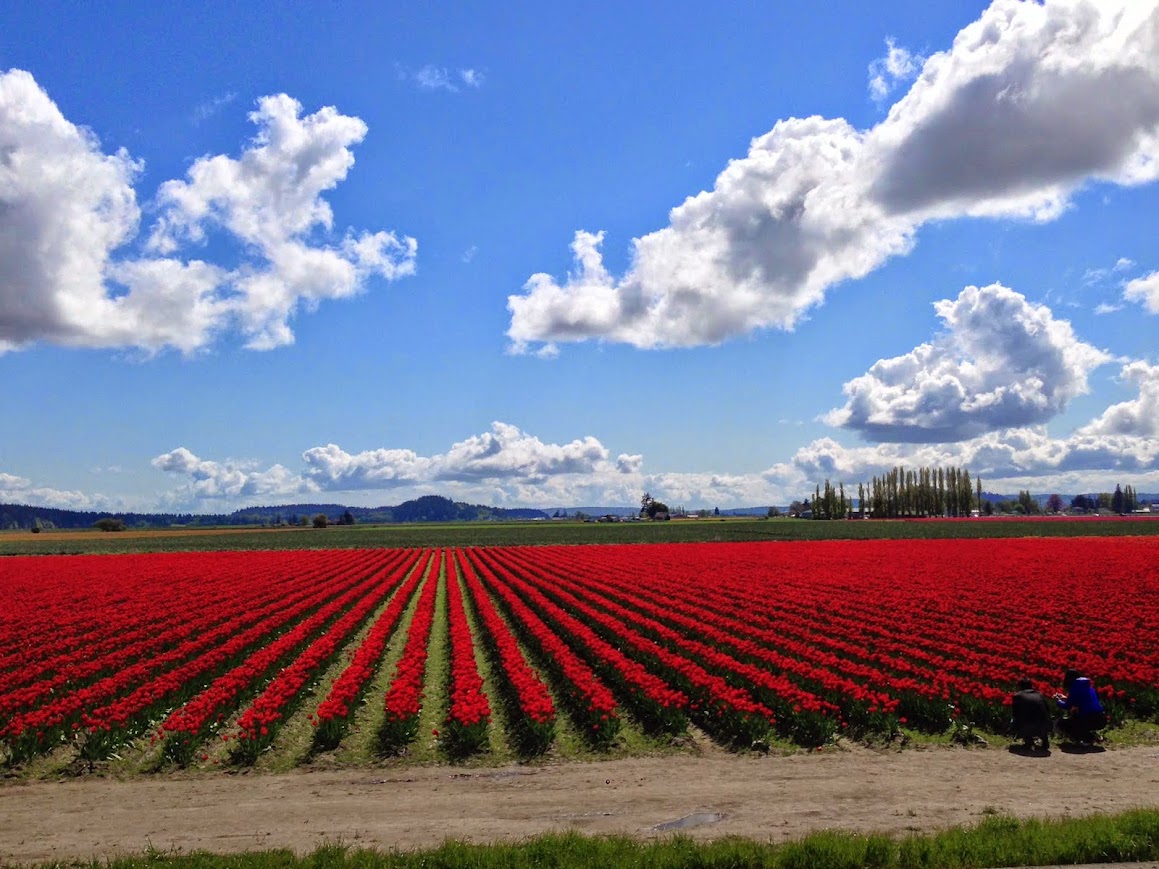 Something about those straight clean rows spoke to the organizer in me and brought such peace. 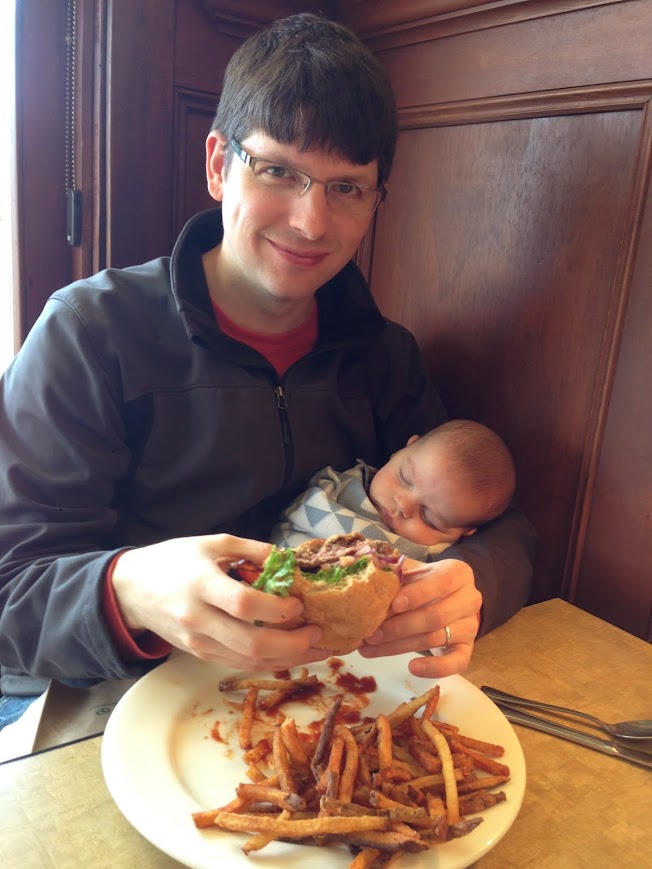 Local and Organic fare at Seeds Cafe in La Conner- may have been the best hamburger I’ve ever eaten. 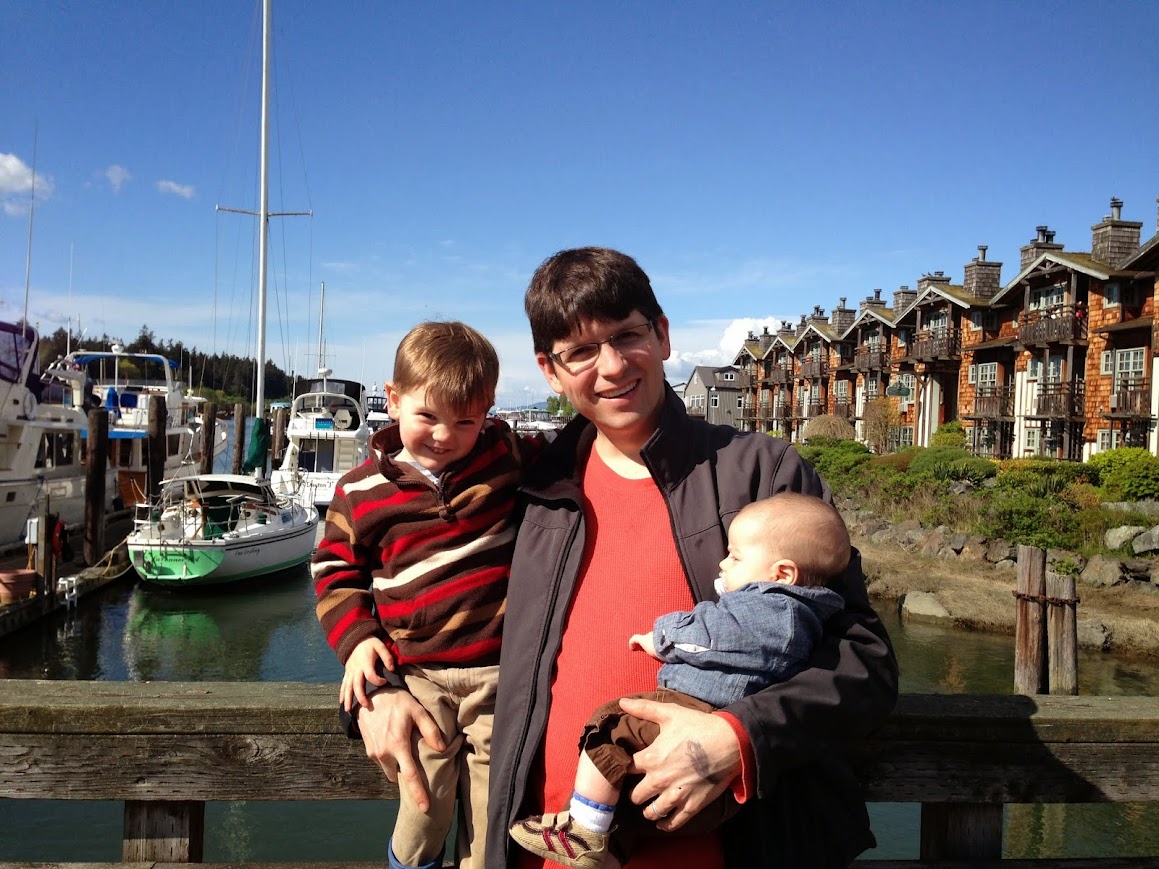 My boys on La Conner boardwalk 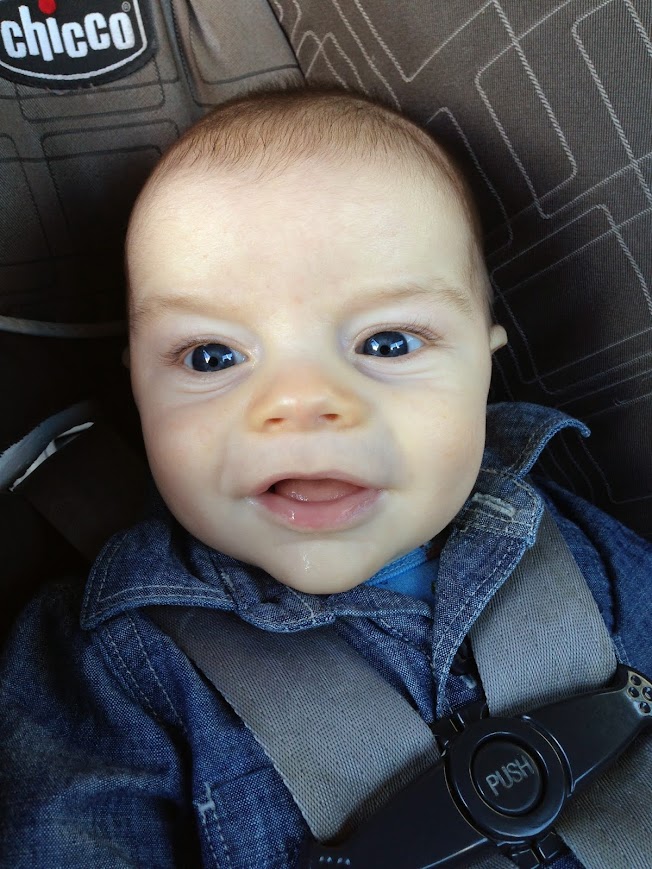 Okay, is it just me, or was that one AMAZING day trip? This is what continues to shock me about Seattle- day trips as breathtaking as this abound! Our outing totaled six hours and I returned feeling like I’d spent a week in Europe. Oh Seattle, you’re pulling me in! (Devin, wish you’d chosen Seattle as your honeymoon spot now? (wink, wink!)

(We realized the camera battery was dead when we first arrived so these are all Iphone pictures. Tom got some other lovely ones, but I don’t have access to them- he’s at the hospital. Forgive me now, if I post more pictures of this loveliness later. As you can tell, I CAN’T. GET. ENOUGH!)