I’ve been feeling a bit down on myself lately. I guess I just haven’t felt like my list of accomplishments has been very admirable. My sister Adee pointed out, that I should stop calling myself “lazy,” when I visited a few weeks ago. And yet, that’s how I’ve been feeling. Too often, it seems I’ve chosen an early night or a nap over a project. Too often my response has been, “Well, I can just do that tomorrow.” When I’ve looked over the last few months it seems like I’ve been spinning my wheels. Going no where.
And then, yesterday, I had this epiphany! As the jars of bottled grape juice exceeded 20 and my excitement at the Sundays of decadent drinking flashed before me. I realized: I’m learning a new skill. I’m educating myself. Even if I choose to never can again, this fall has been a lovely study in food preservation. I’ve learned a bit more about drying, freezing, and canning. I’ve discovered some new recipes and savored some old. As I took the jars down to my pantry I suddenly felt a wave of pride at my accomplishment. Before me stood:

(And then I thought, and my Mom has the other half!) 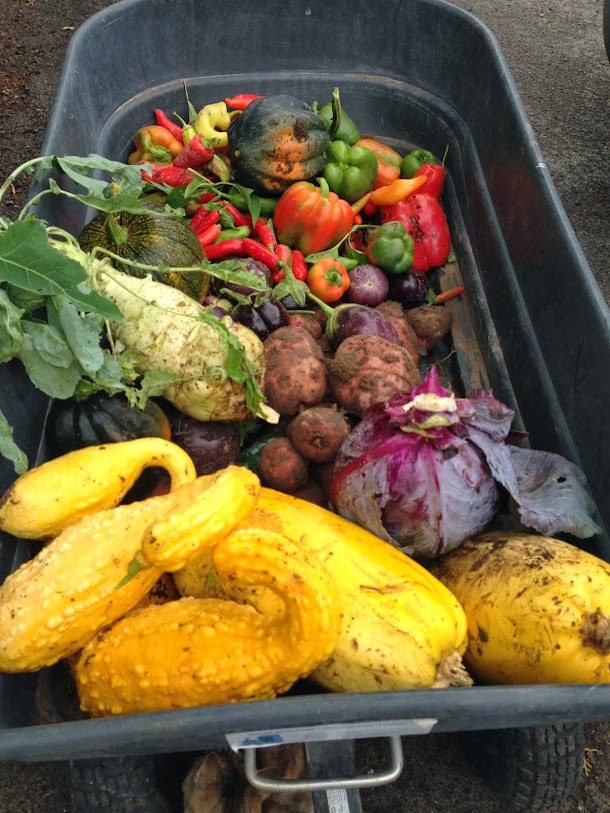 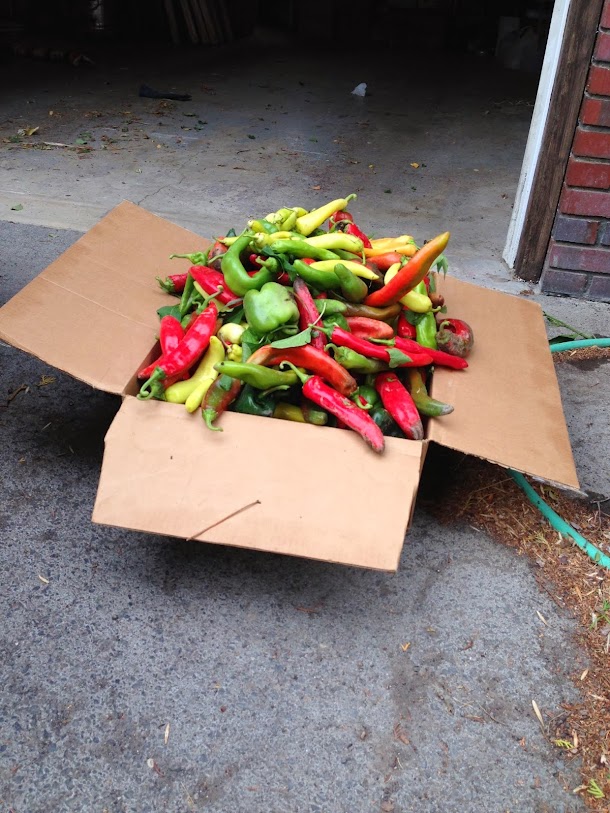 I list this not for any recognition or pat on the back, but rather to encourage myself to take a step back and say “Way to go, Kjirst, you rock!” Sure, I’ll probably not bring up canning when one of Tom’s fellow interns asks “So, what do you do?” Or when I’m confronted with how I’m utilizing my degree. But, you know what, who cares! I believe in continued education and who’s to say there’s a heirarchy in what one ought to learn. I post this to acknowledge that I’m struggling to define my priorities, to determine how I want to spend my time, and who I want to become. I didn’t start canning this year because I wanted to win the domesticity award. In fact, I think that’s exactly why only yesterday I saw the accomplishment in what I was doing. I started to can, because I recognized in it a way to save money, while feeding my family delicious healthy food. And because I couldn’t bear to see so much of my parents garden going to waste- while I spent hard earned money on those very food items every week!
Was canning the best way to spend so many hours this past fall? I’m still grabbling with that, but in the meantime I’ve decided to acknowledge that it was a good way to spend those hours. Sure I’ve learned to put up food, but I’ve also had some beautiful bonding moments with my mother “Look at this pepper, Kjirsti, isn’t it beautiful!” I’ve had time to ponder on the symbolism of the true vine, as I’ve noted that it was the grapes that had become separated from their vine that had quickly spoiled. I’ve had a chance to marvel at the beauty of the earth, of vegetables and fruits. I’ve taught my son the origin of pears, grapes, brussel sprouts, squash, potatoes, raspberrries, tomatillos, and the list goes on and on. He’s harvested alongside me. I’ve smiled as I’ve watched him gazing intently into the hole created while removing potatoes at the life teaming within, shouting every few minutes. “Mom, look!”
Mine is a strange time in life, one of immense flexibility. I am accountable to no one but myself, and my God. May I live each day to please Him, is my humble prayer.