Pumpkin carving:
We started the holiday festivities off at FHE on Tuesday when we carved pumpkins, halloween music playing. Scotland carved a scary face, Tom a Tiger, and I a bat. Anders painted a pumpkin. Tom had him help him clean out his pumpkin. At first Anders refused but finally got in on the fun. Scotland was meticulous with his cleaning. Even spending a good amount of time at the sink- washing it out before he felt it was ready to be carved. We all enjoyed roasted pumpkin seeds for a treat! 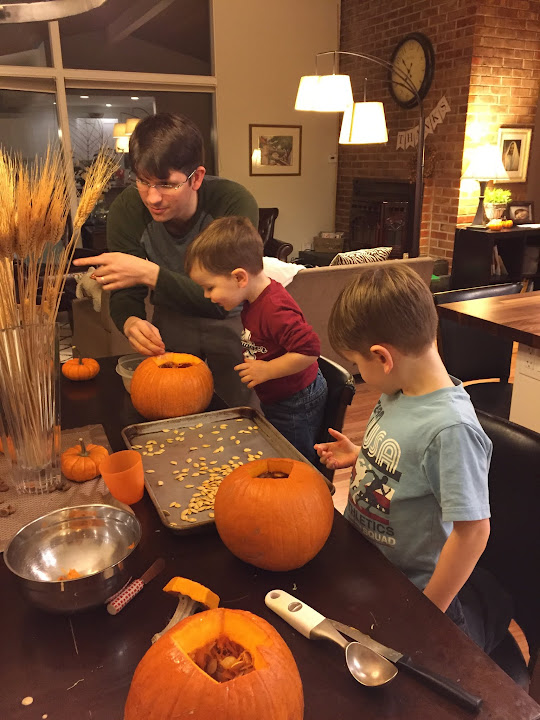 It took a bit of encouraging before Anders would stick his hand in. 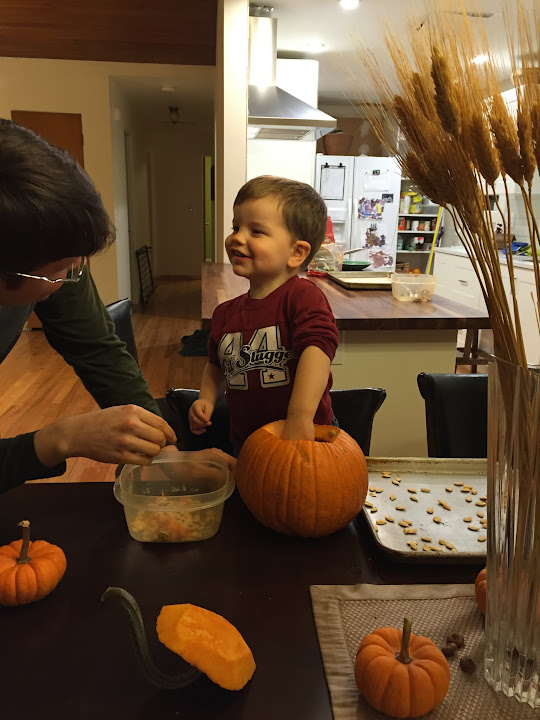 But he finally did. 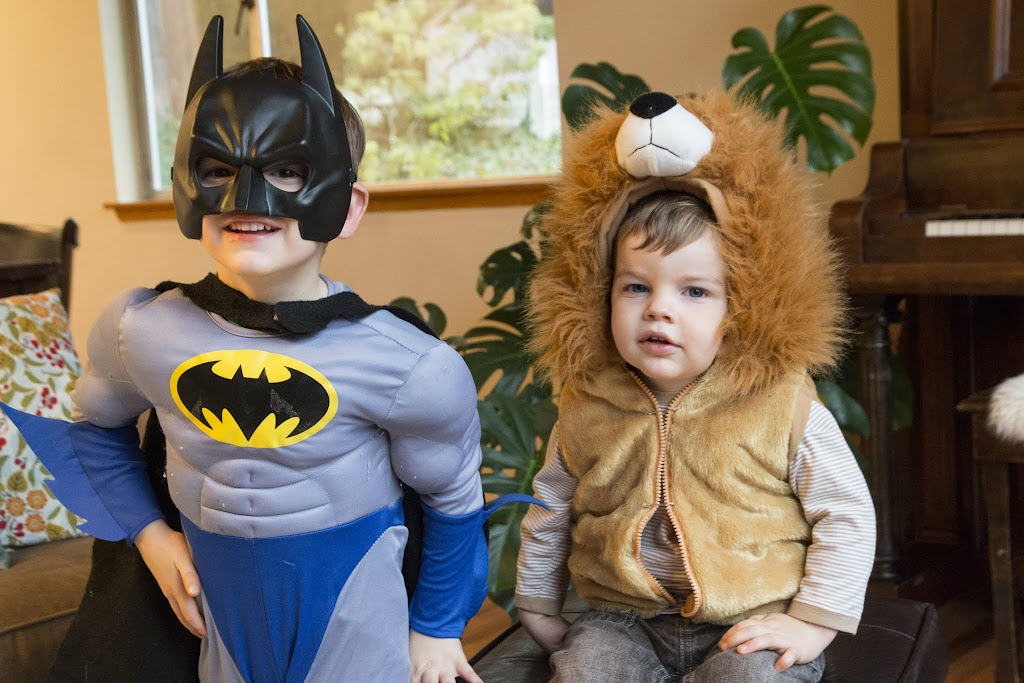 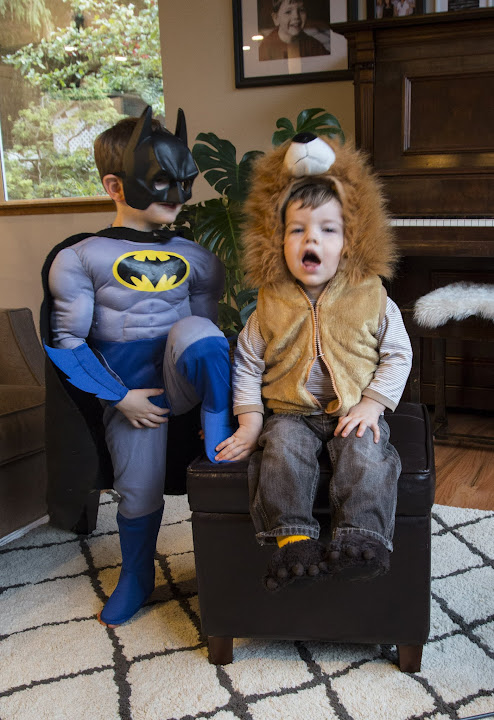 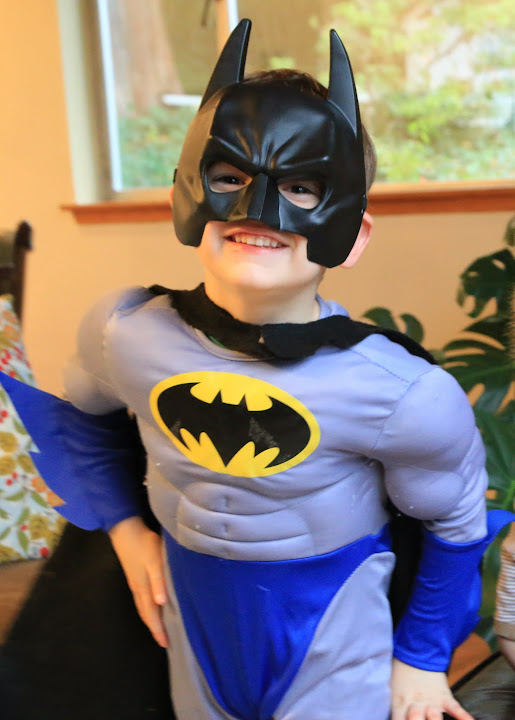 Friday morning Scotland had his preschool halloween party. The two “outings Moms”- Caroline especially went above and beyond to create this darling party for them- complete with a spooky lunch and foaming witches brew!
Preschool Party: 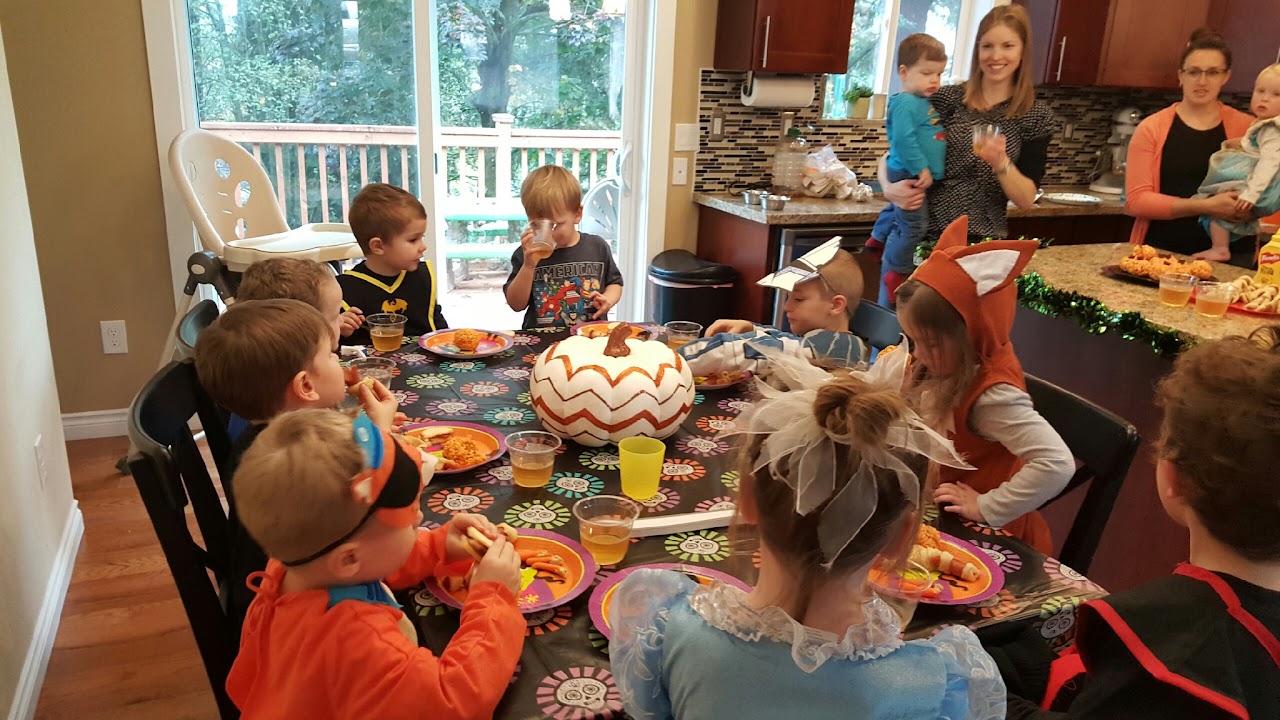 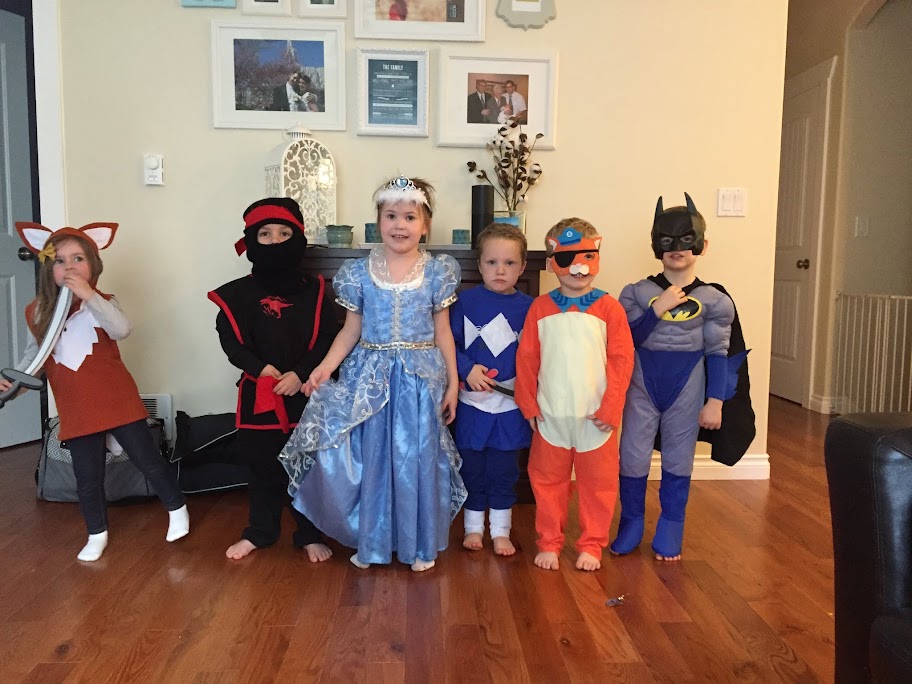 Church Party:
We had such a fun sweet Halloween with our little guys. Friday night we had a blast at our church’s harvest festival. A great variety of games- life size angry birds, hoop fest, cake walk, donut eating contest, face painting, magnetic fishing and bag decorating all made for a memorable night. Anders participated in everything, and had to be nearly dragged away from each activity because he just didn’t want to stop! They finished the night with the trunk or treat and were overjoyed to dump out their bags and see their spoils when they got home. Scotland, happily shared his with everyone. 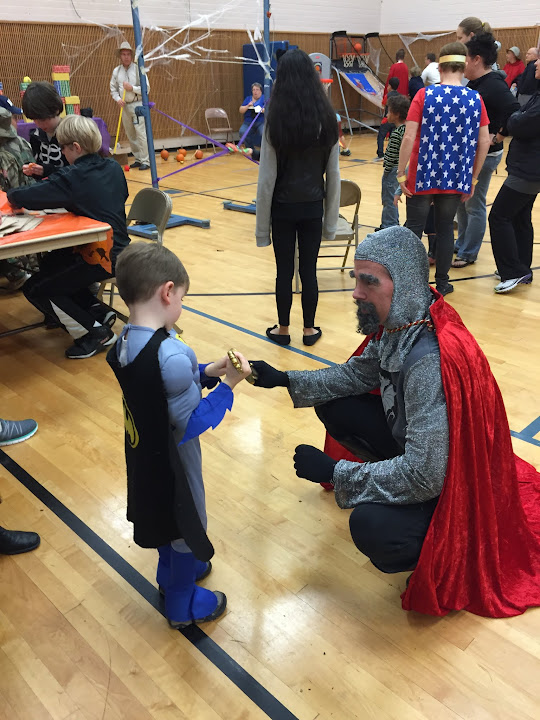 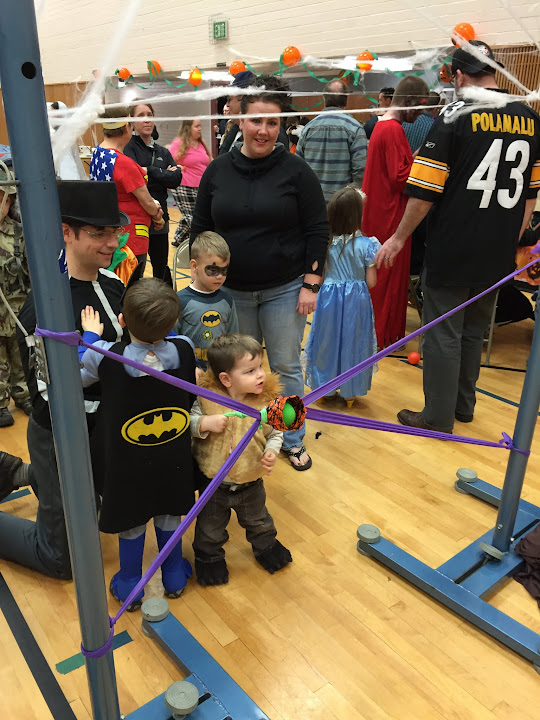 I loved all the creativity that went into the activities. Our past bishop made this angry bird catapult based off his wife (our RS president’s) idea!

The High Priests put together this fishing activity with real poles.

This was Anders’ favorite though- balls!

Note the ring on the pumpkin- go Anders.
Trick or Treating: 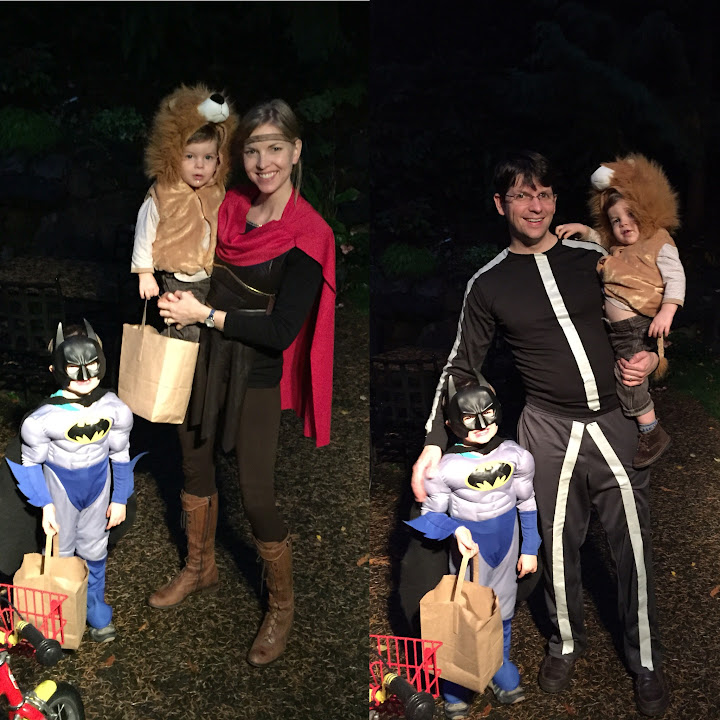 Saturday night we went trick or treating in our neighborhood. It’s a sweet street, quiet with few trick or treaters and few houses. Once again it was darling to see Anders be such an active participant, he want to carry his bag, and knock at each door. He quickly got a hang of the “choose a candy” but not the “only take one!” He vigorously roared for everyone, and Scotland was super social introducing each of us and telling what we were dressed up as for Halloween. He was SOOO proud of his batman costume. I found the outfit at Goodwill and he was determined to wear it despite it being a bit too small. We borrowed the cape and mask from friends. Boy did he strut his stuff; running to feel his cape fly out behind him and showing off moves when requested at the doorstep. He was polite and grateful, and I beamed with pride at his maturity and kindness.
We came home, examined candy, and ate some while we watched Charlie Brown and the Great Pumpkin.
It was so fun to have Tom join us this year. We had him home ALL weekend, which was treat enough for me. The boys just soak him up when he’s here. Anders, who has been sick all week, wanted to be in his arms as much as possible. And Scotland was constantly requesting another session of LEGO creating, fort building, or some other sort of play.