Tom had a week of vacation while we were in Pocatello, so we took advantage of our location and headed to southern Utah to visit Bryce Canyon National Park and Zion’s National Park. It was a wonderful week full of breath taking vistas, invigorating hikes, and time with family. I was a bit worried about how the boys would do on a national park’s vacation, but they loved it. We upped the excitement by choosing a hotel with a pool and spa. We also made sure to let them sit and play in the sand/water whenever they wanted. We started the trip out at Bryce Canyon. We arrived late Monday night. The next morning the boys arose early. Realizing that we could see the sunrise, I suggested we try. It was a bad idea. It resulted in a stressful and chaotic morning. Scotland was a wreck, and Anders freaked out when he was drug out into the 10 degree morning.  We missed the sunrise and I was grumpy. Things turned around, however and we had a wonderful day taking in the sites. The canyon had about three feet of snow, which made most of the trails un-passable. (They recommended snow shoes.) While it was frustrating that we couldn’t do as much hiking as we would have liked, the snow made the Hoodoos breathtaking, and the boys LOVED playing in the snow. 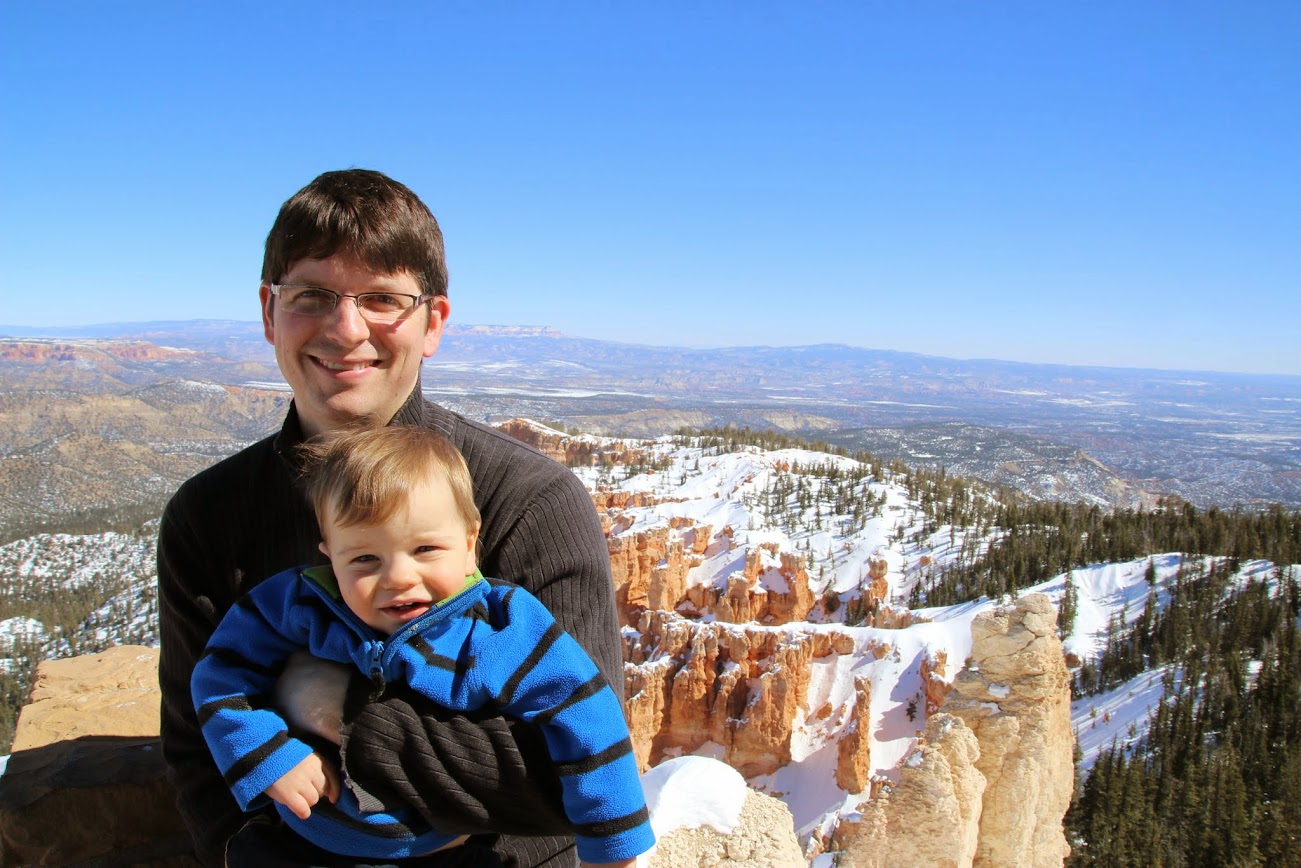 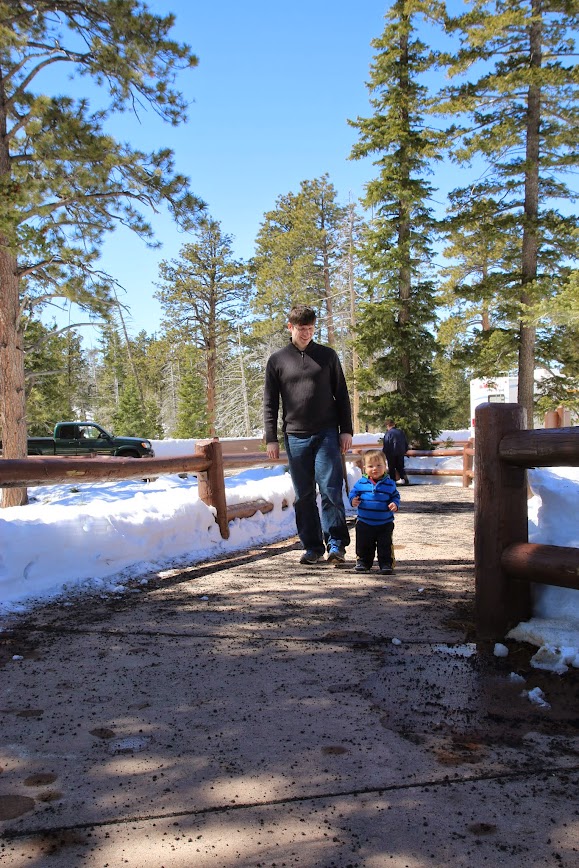 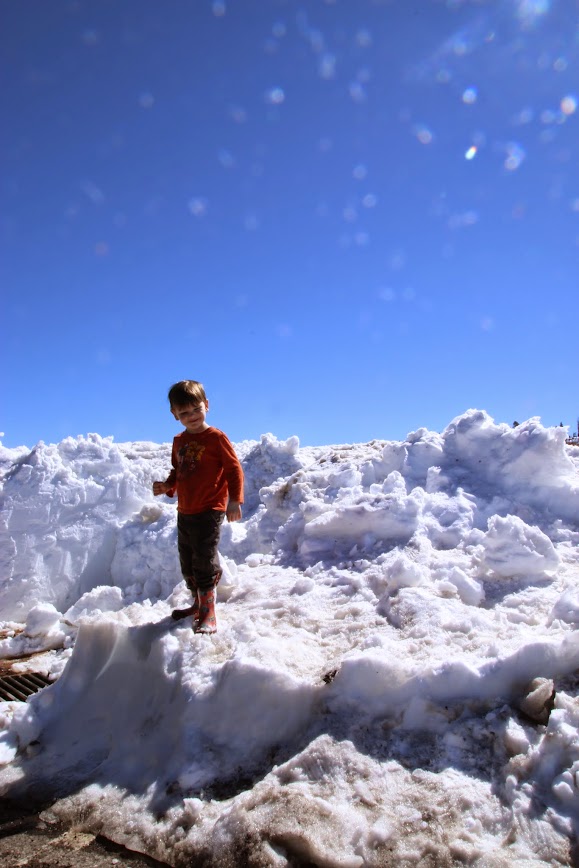 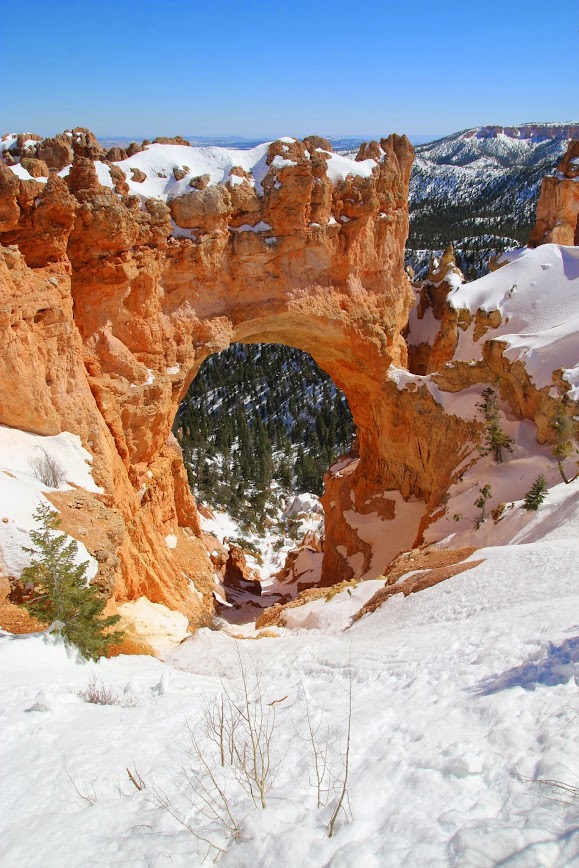 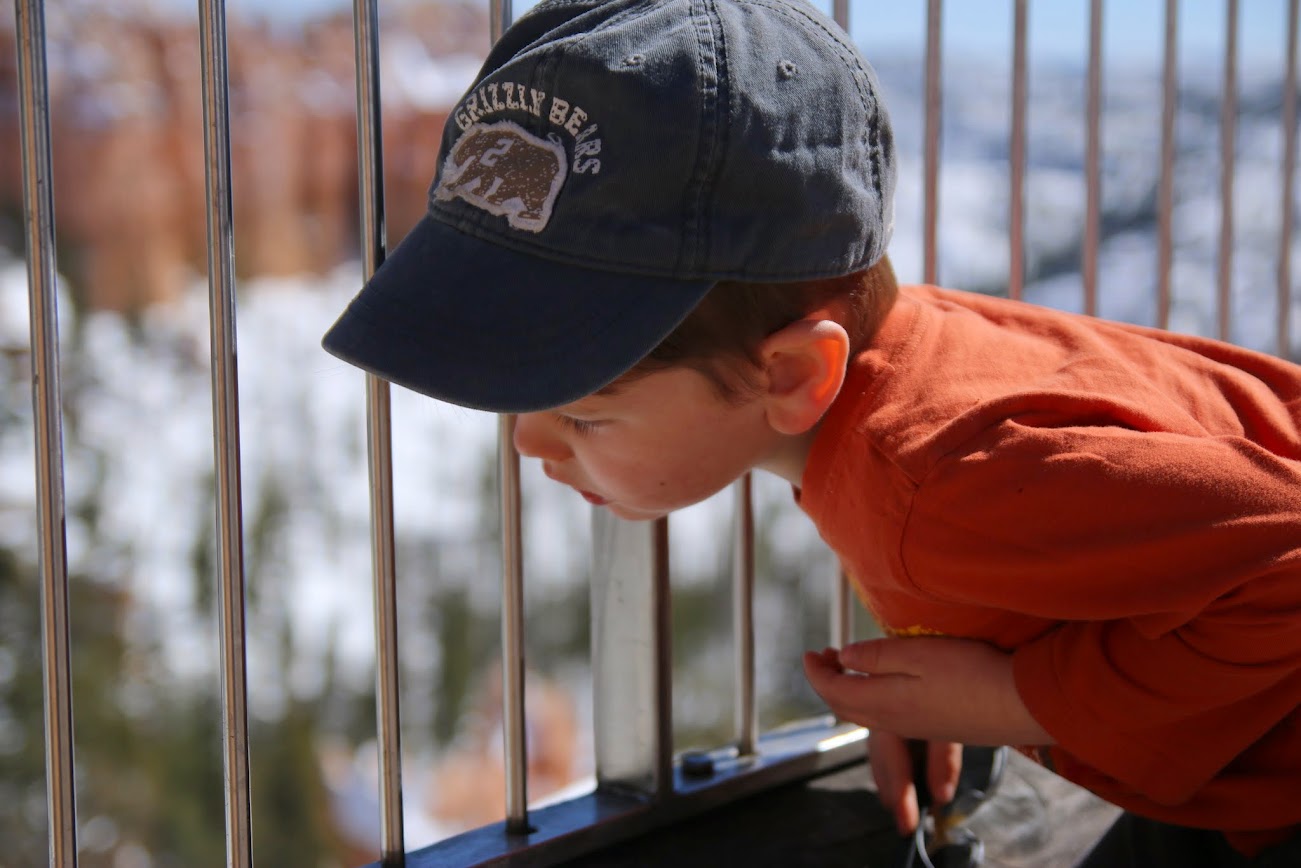 Scotland listening to the wind for his Junior Ranger badge. 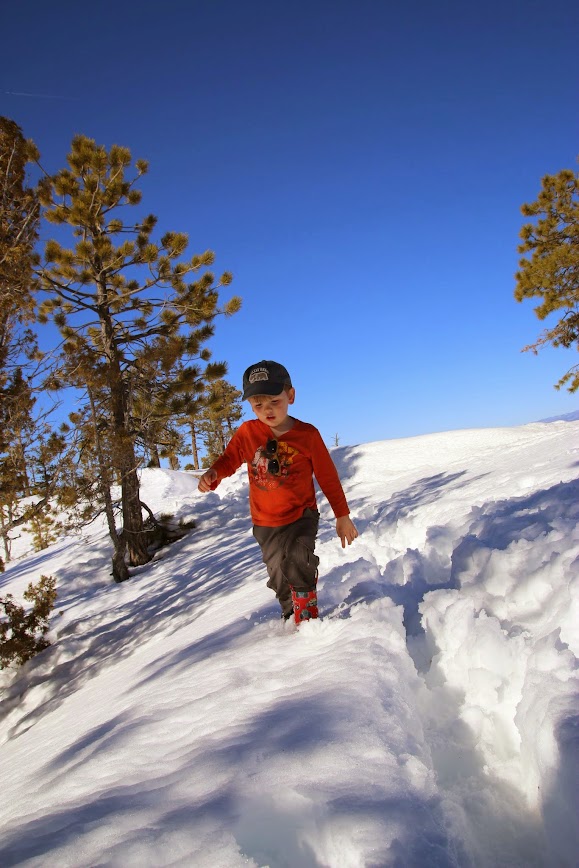 Bryce is set up so that you can drive through and stop at about 17 lookouts. Several of the lookouts have short hikes off of them to leading to a better vantage point, but unfortunately many of these were closed. The second day Scotland and I hiked along the ridge of one of the most heavily “hoodooed” canyons. Hiking through 3 feet of snow was thrill enough. Coupling that with amazing scenery… mmmm! 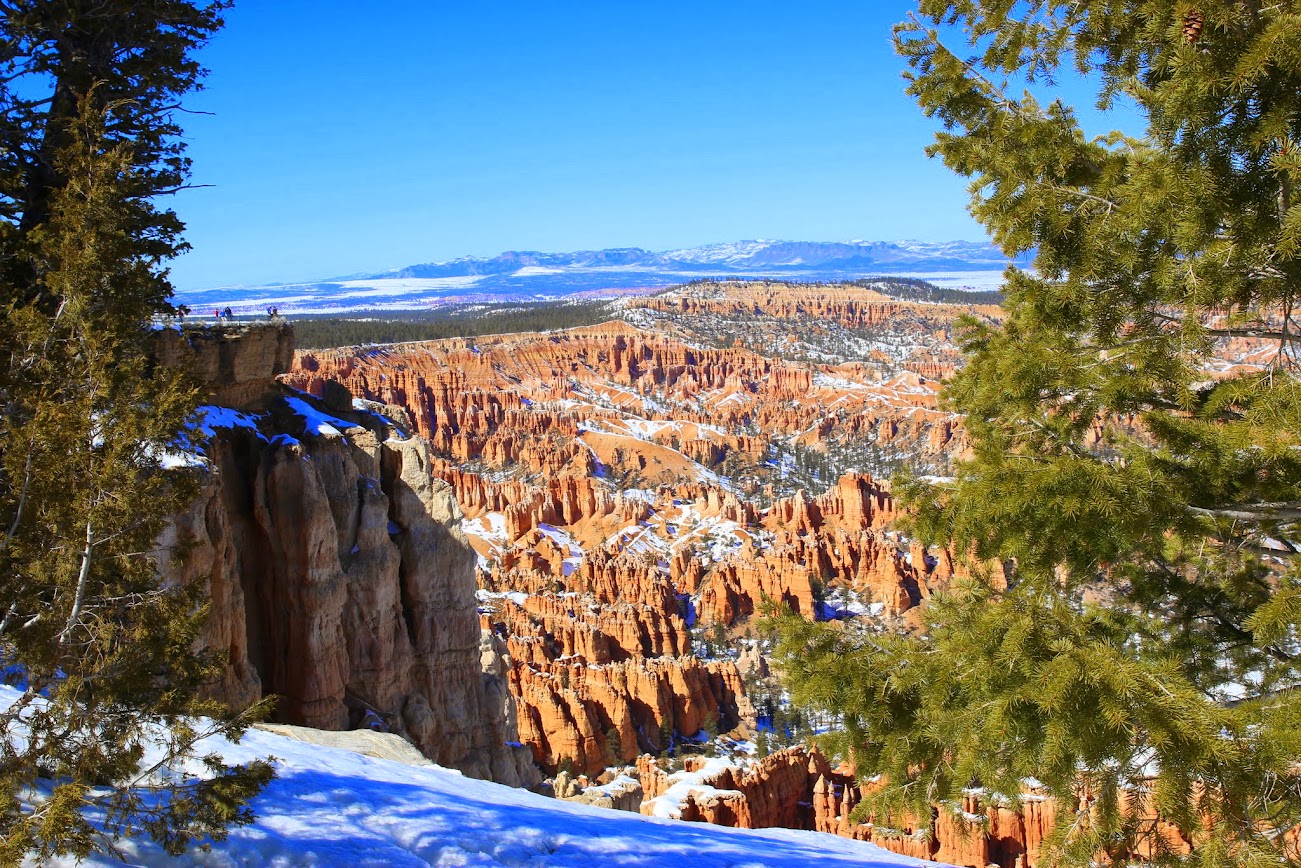 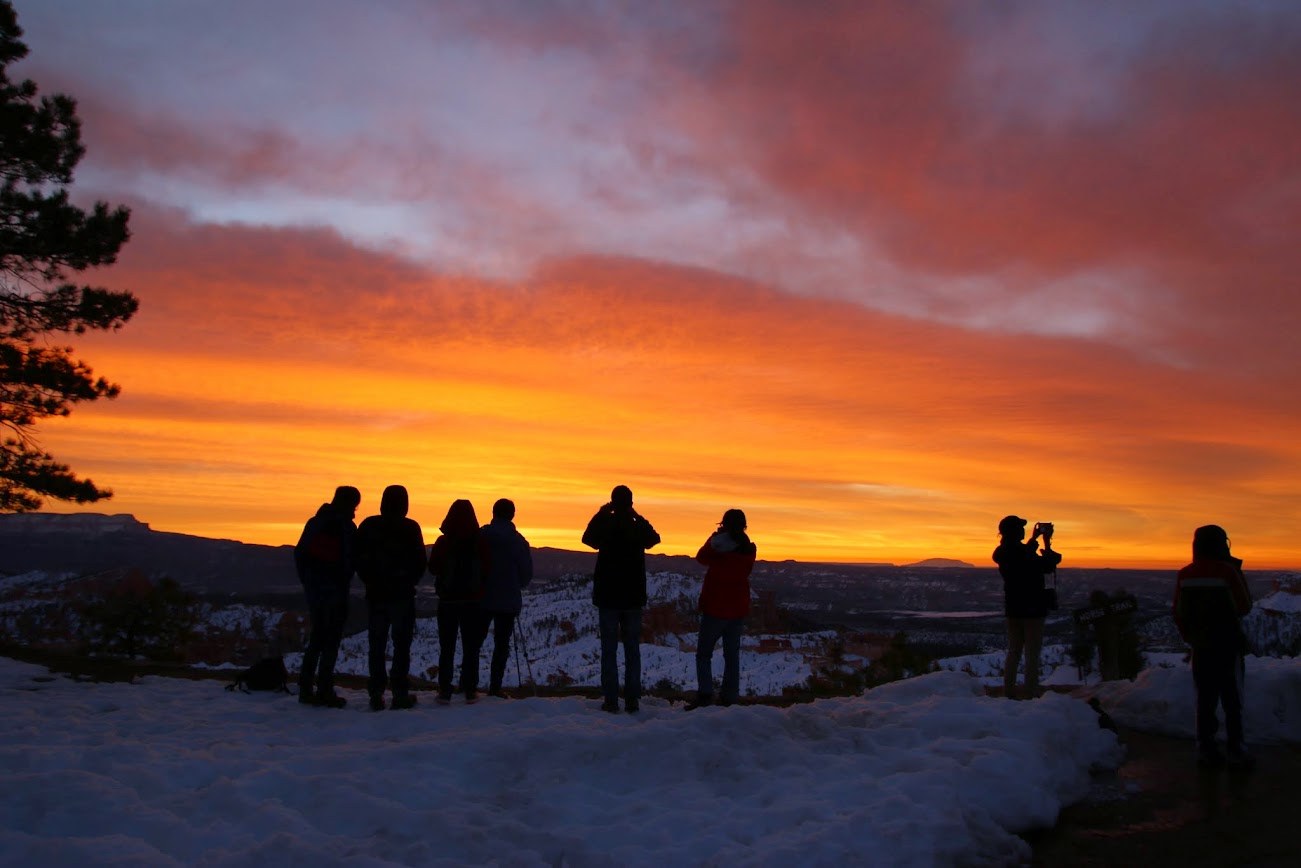 The second morning we decided it was best for me to capture the sunrise on my own. I wasn’t the only one who awoke early. It was a beautifully bonding experience. There was something special about standing there with this small group of fellow photographers and nature lovers who had also risen early to take in the wonders of the Earth. I felt this overwhelming sense of unity and love for them. I wanted to take a group selfie! I took advantage of the time alone to hike down into the canyon a bit. It was euphoric. I had a silly grin on my face the whole time- something about the early morning, the sunrise, the chance to play with my new camera, hiking, and the surroundings really “filled me.” 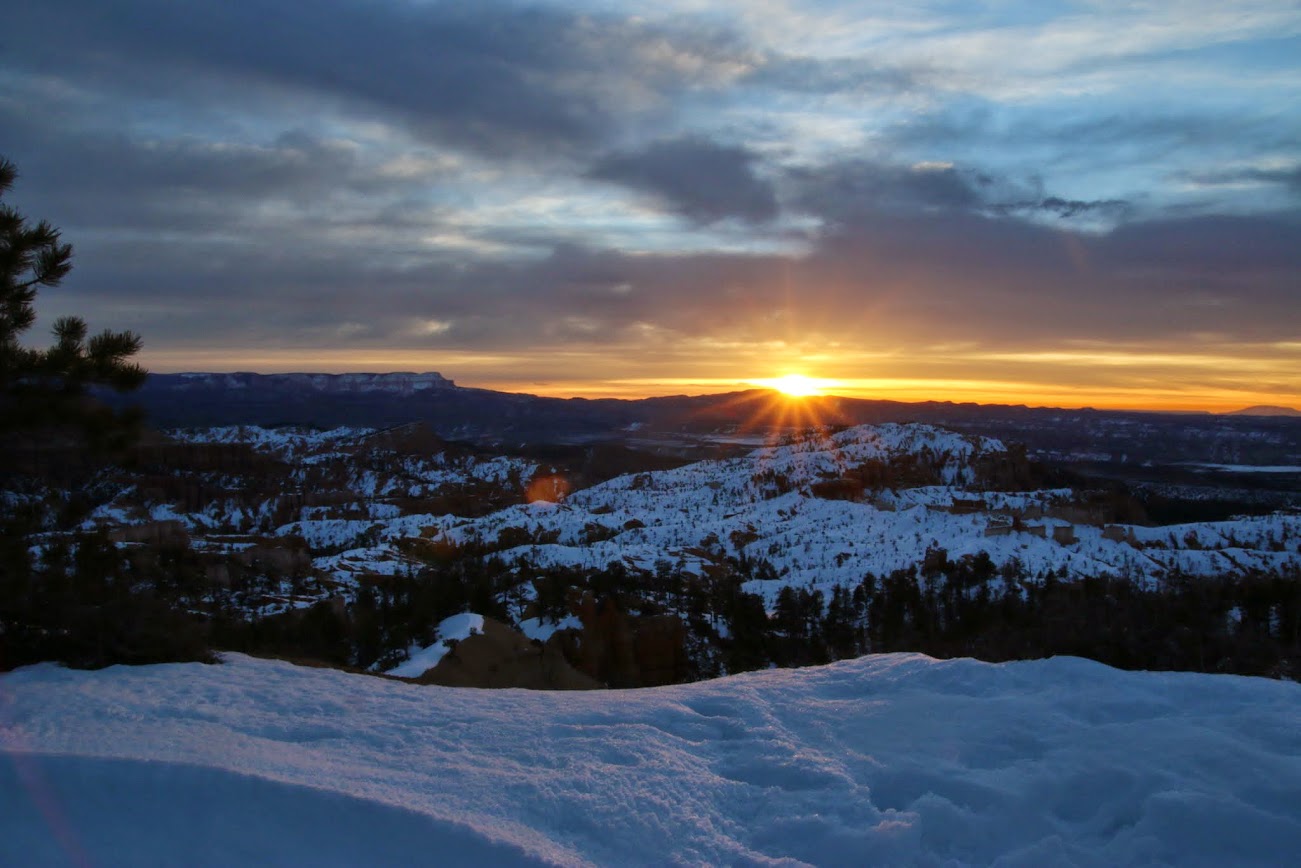 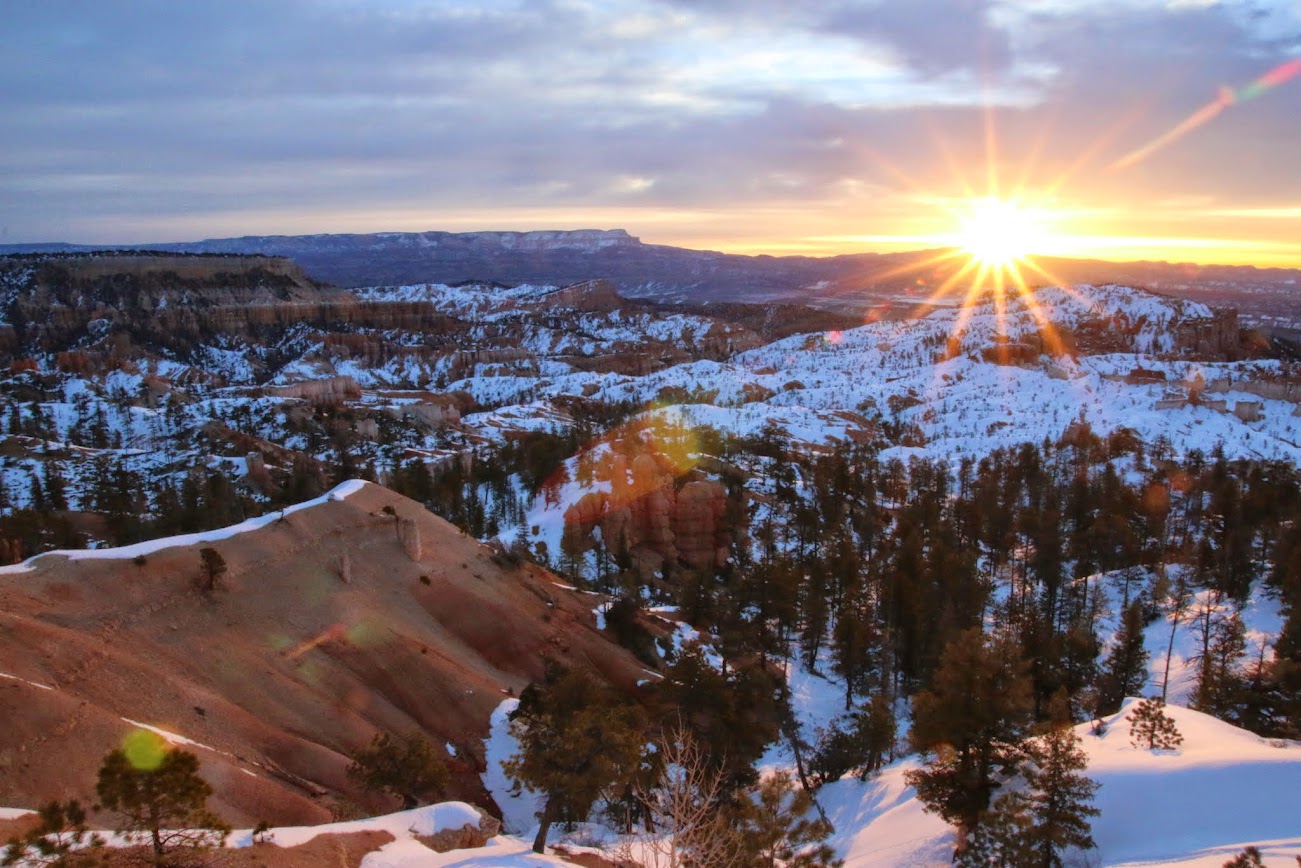 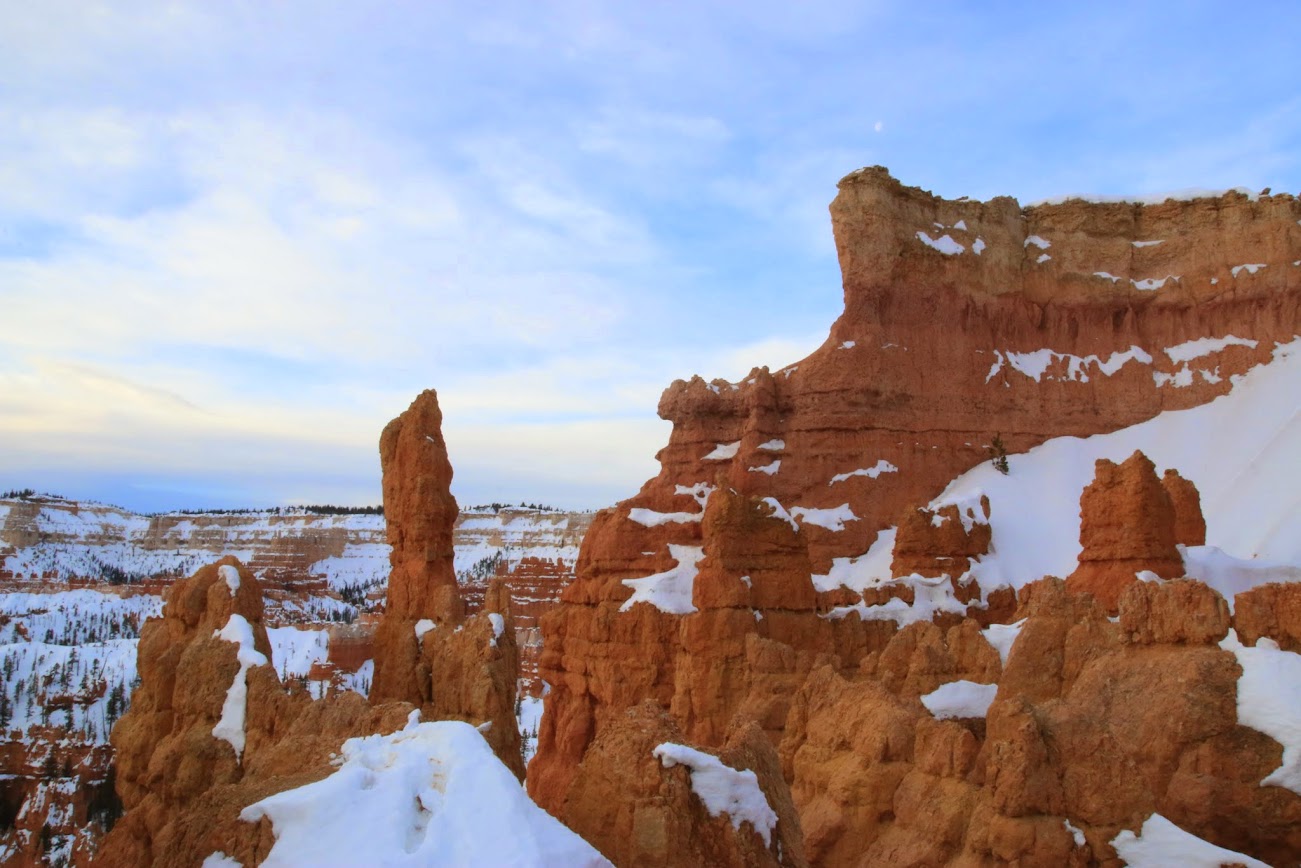 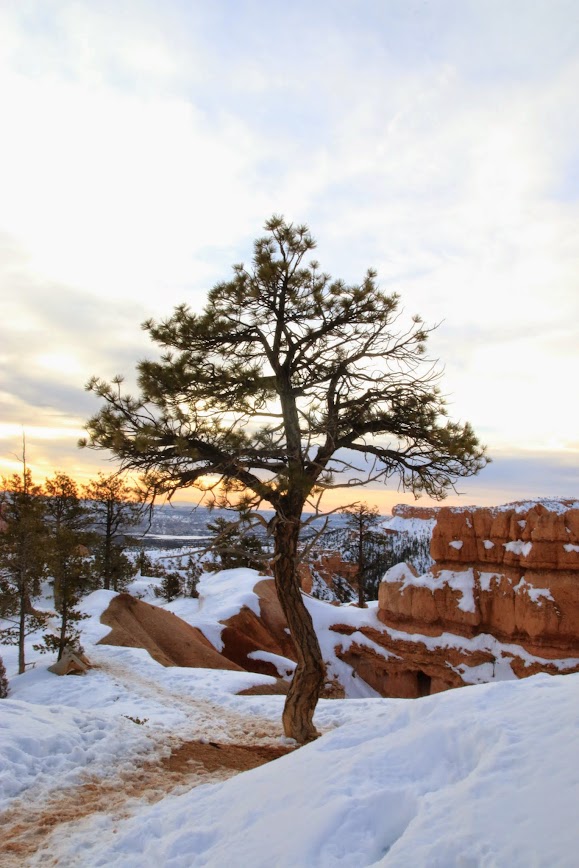 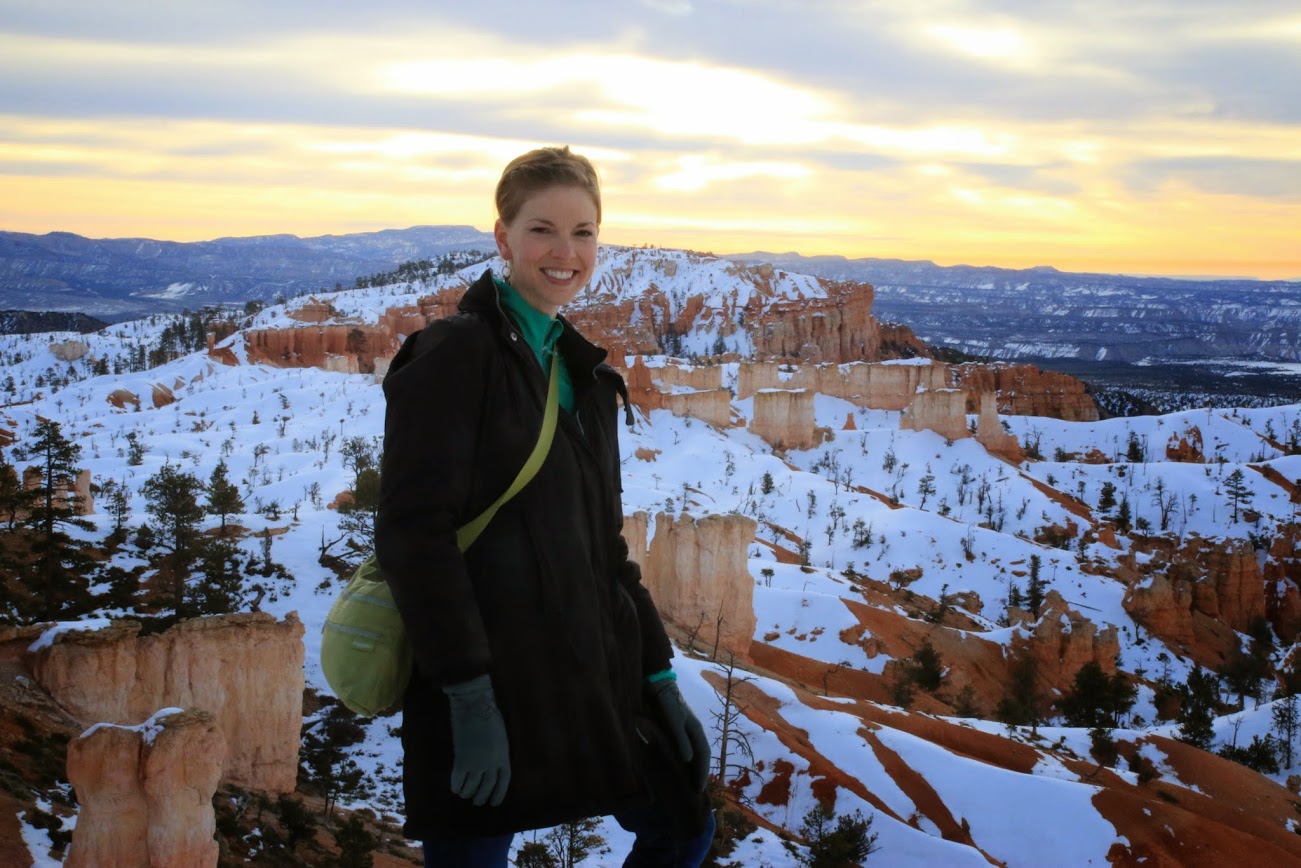 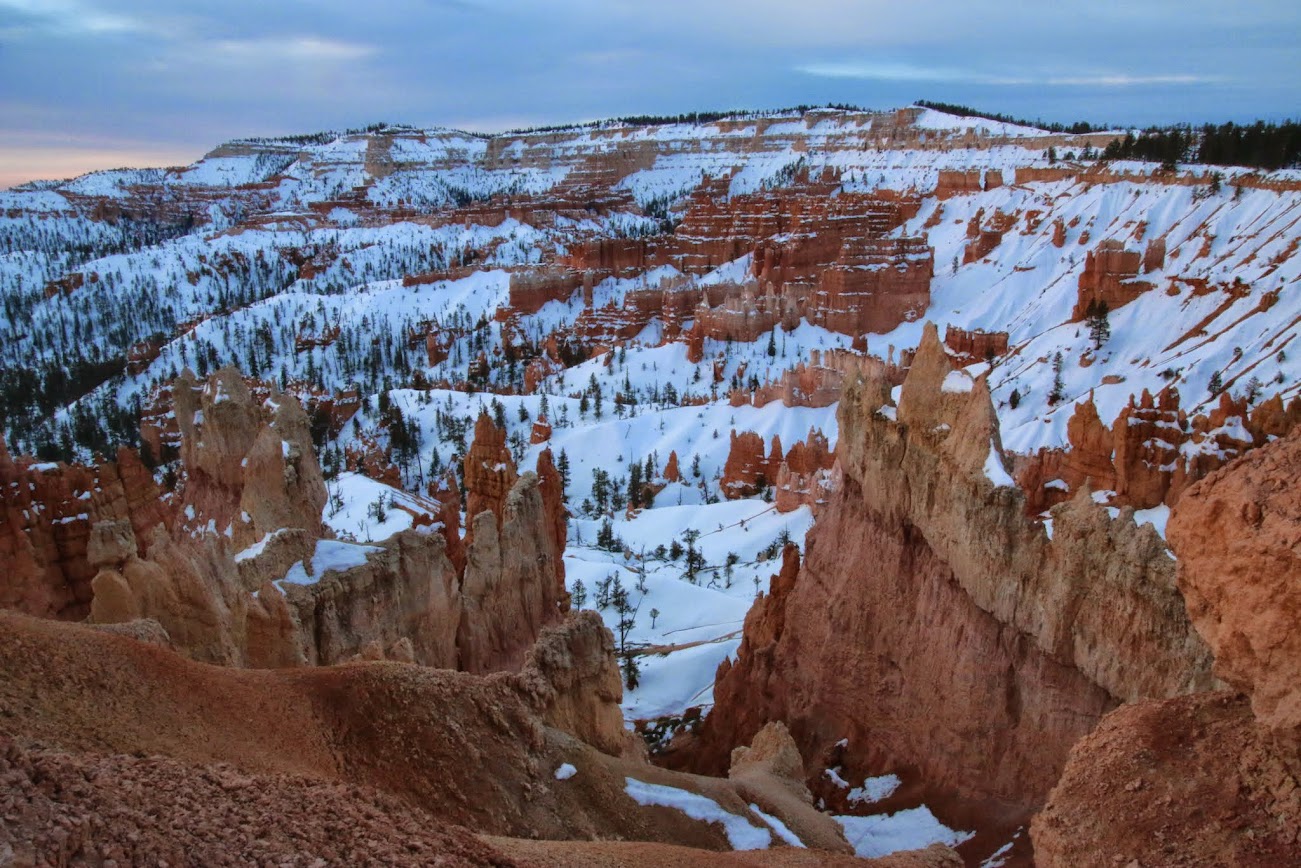 I’ve never experimented with sunrise photography. I loved watching how the colors changed as the light increased. The reds were so much deeper! 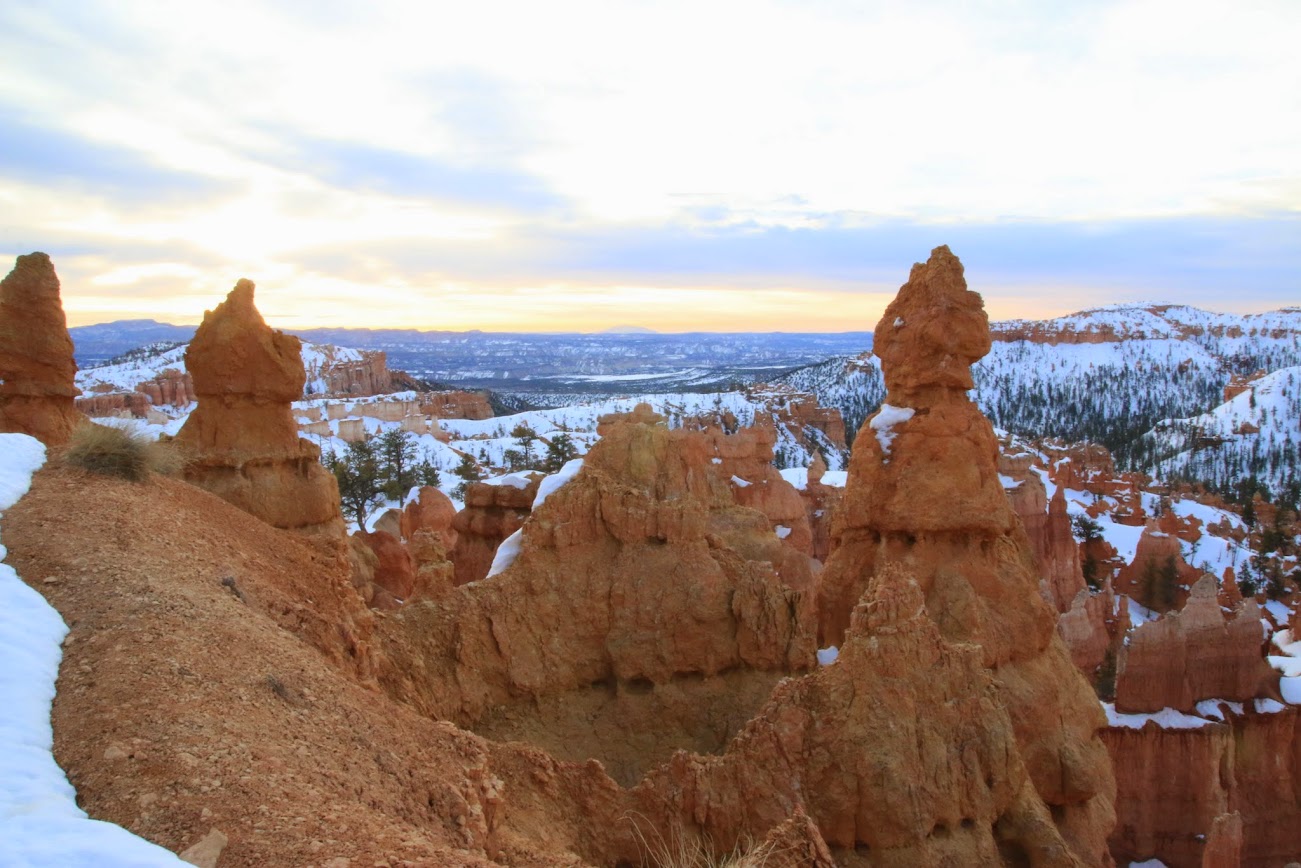 It was a quick visit, just enough to know we want to come back!