Tom’s sister, Cassie, and I are starting a tradition of cousin get-togethers in February at Grandma’s house. She’s from Boston, and like me come February she’s craving some sunshine. It’s the perfect opportunity to get the cousins together with their grandparents and enjoy the beautiful February weather in Tucson. It was an easy breezy vacation full of good family time, relaxation, fun and good eats. 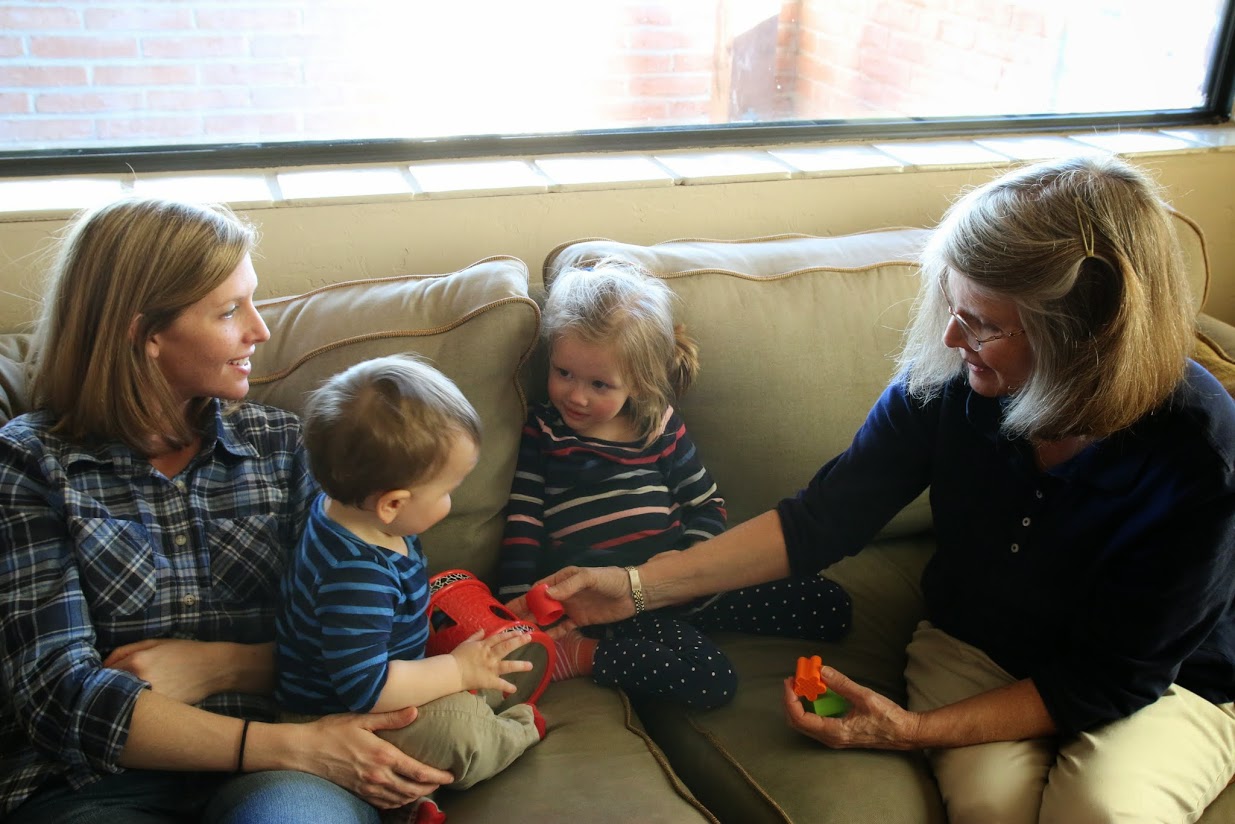 Cassie and Pam are such attentive mothers. Seeing them interact with Anders as they taught him how to use the shape sorter- cheering every time he got one in, warmed my heart. He was equally thrilled by their abundant attention.
I always love hanging out with Cassie. She’s such an impressive mother, and I always come away with lots of inspiration regarding how to rear children. And beyond children, she’s just a really kind, smart, thoughtful person. I feel lucky to call her sister. 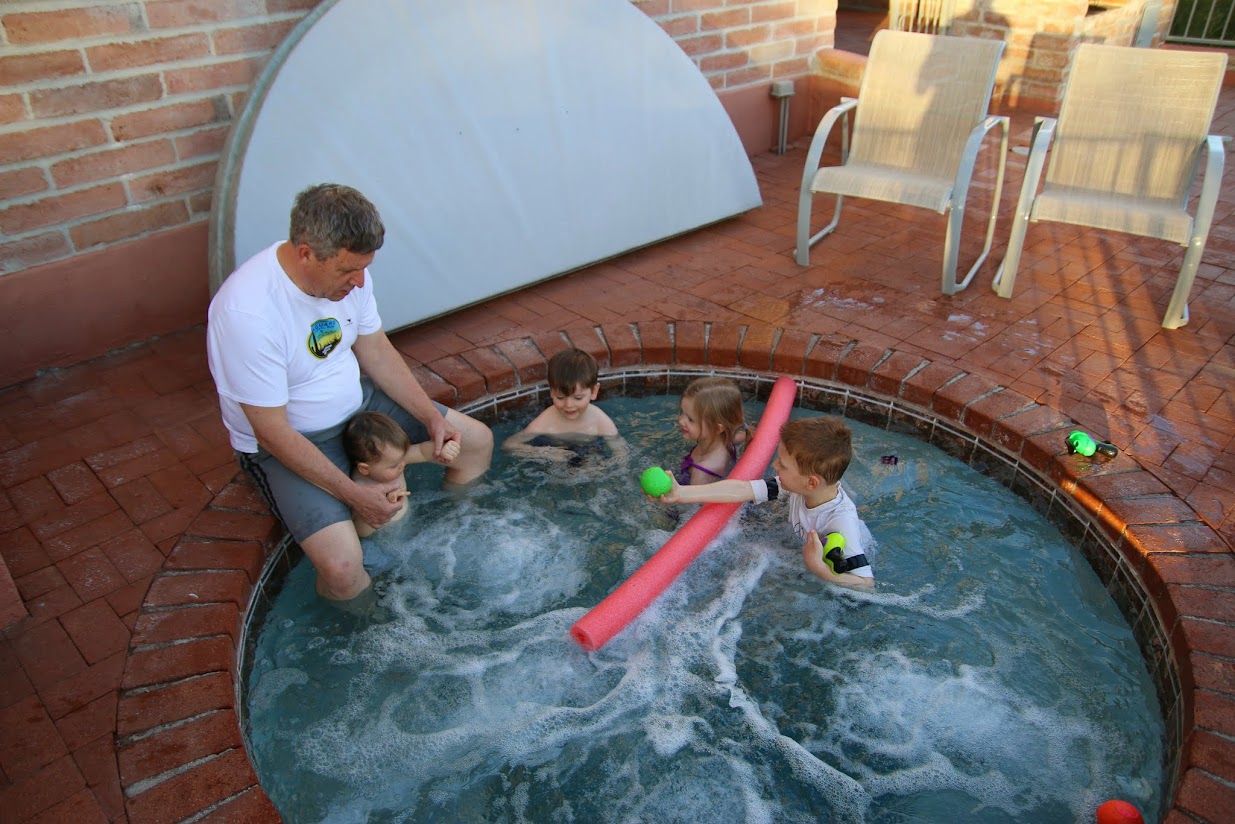 Every day before dinner Poppa took the kiddos in the spa. It was always a task dragging them out, they LOVED it! 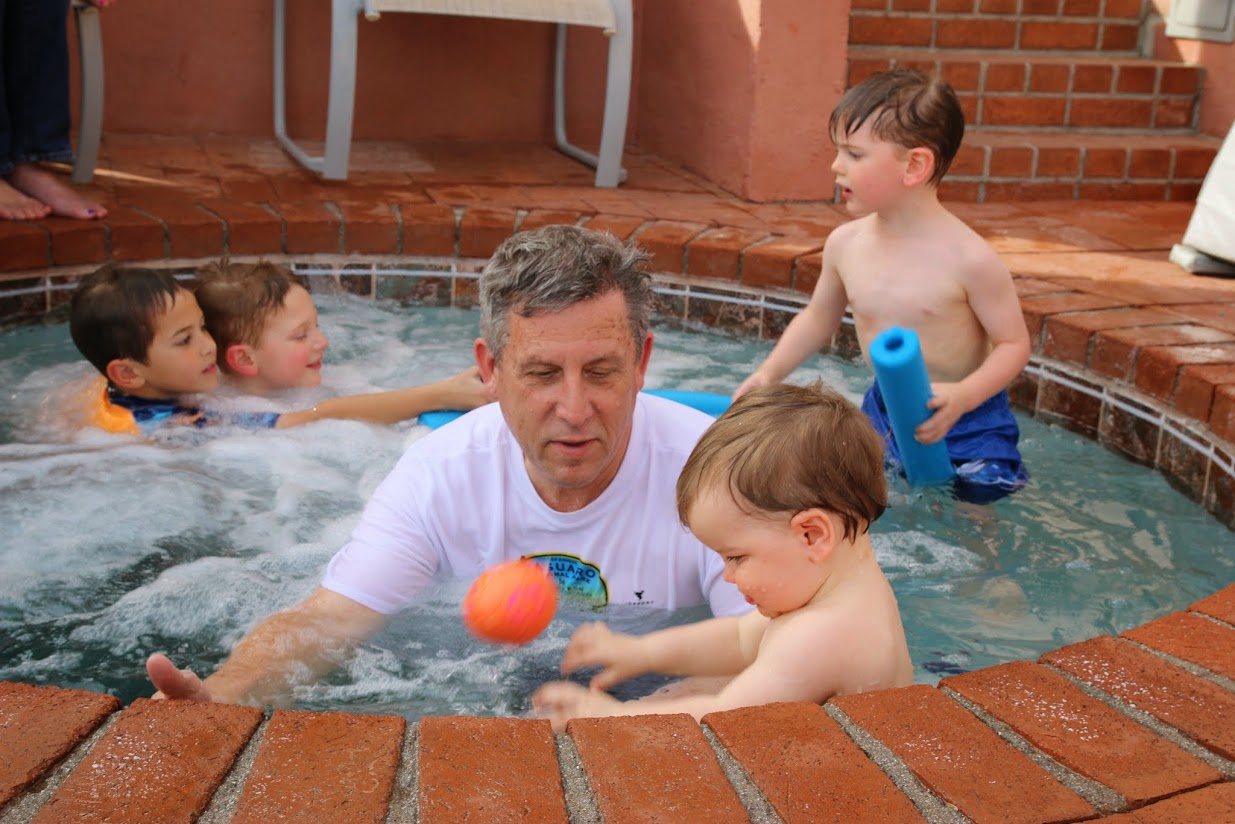 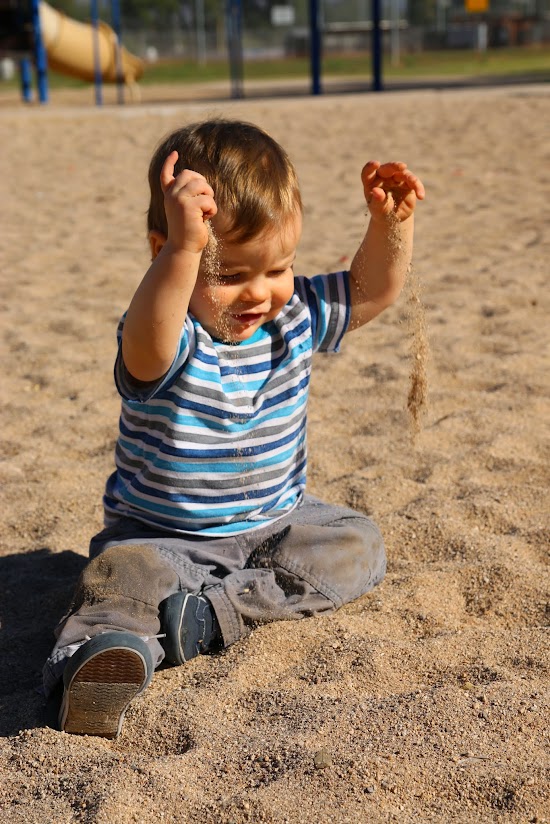 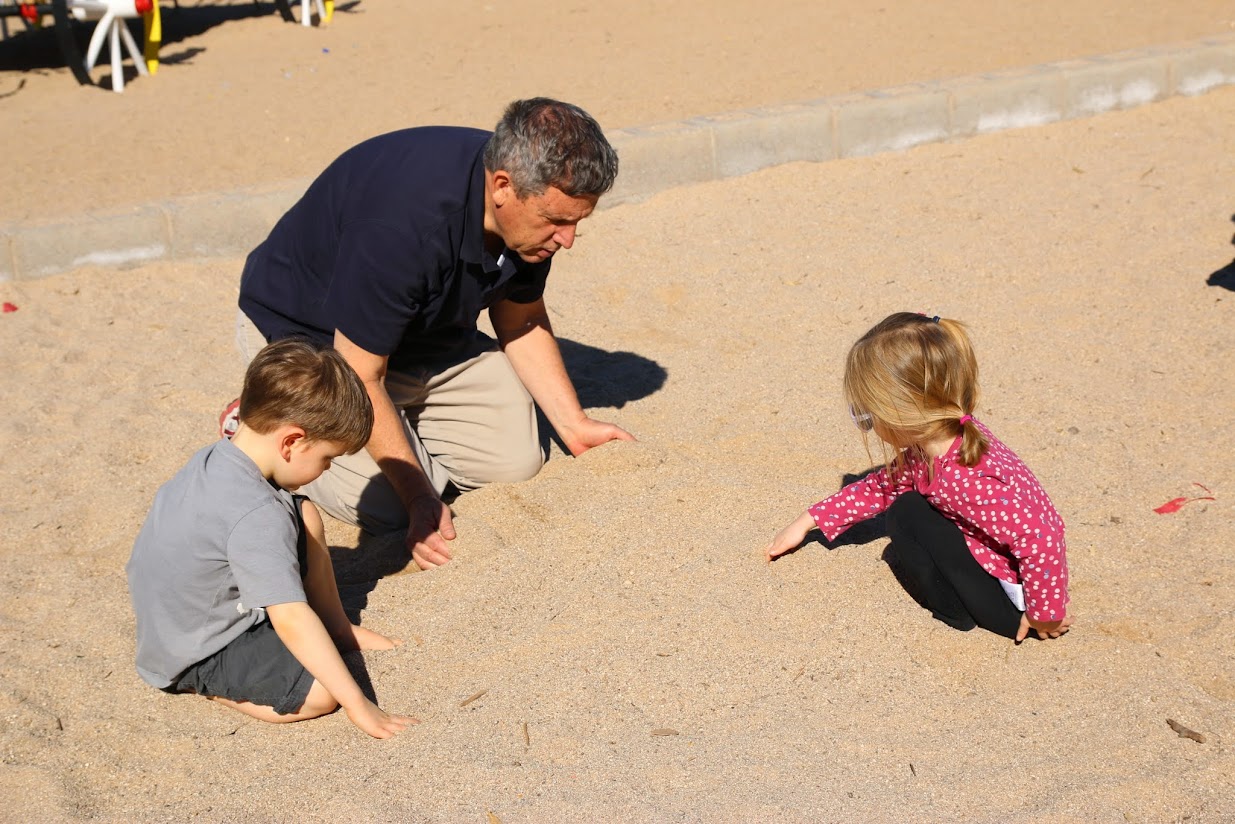 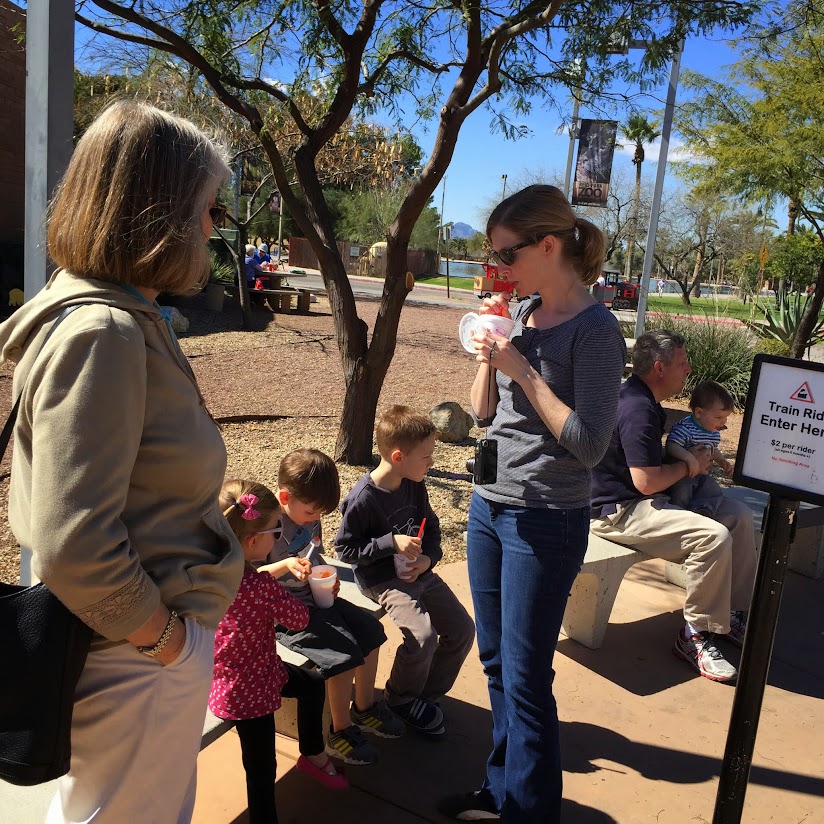 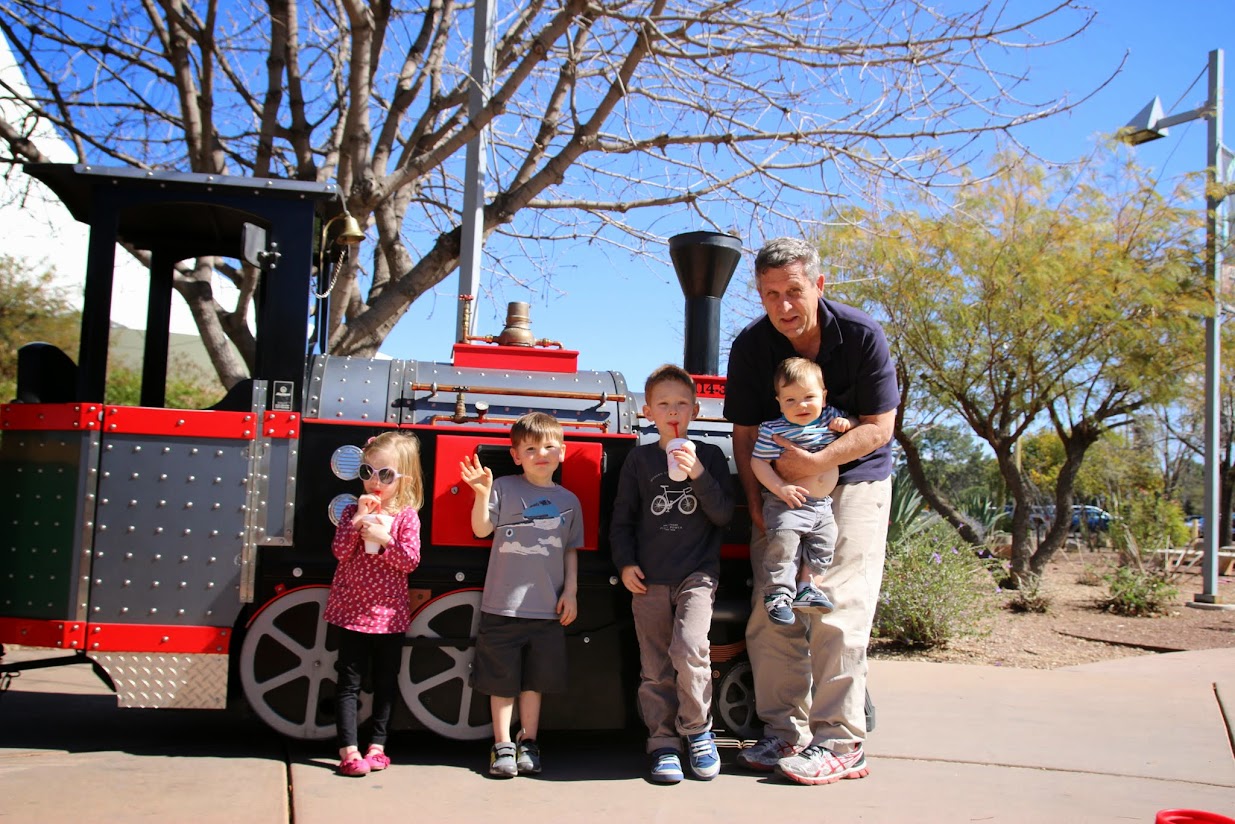 We spent a day at Reed Park- laying on the play ground, having a picnic with Eegees (a Tucson favorite), and riding the train. It was a perfect day. And seeing how excited the kids were on the train ride made me super excited for our Storyland vacation this summer. 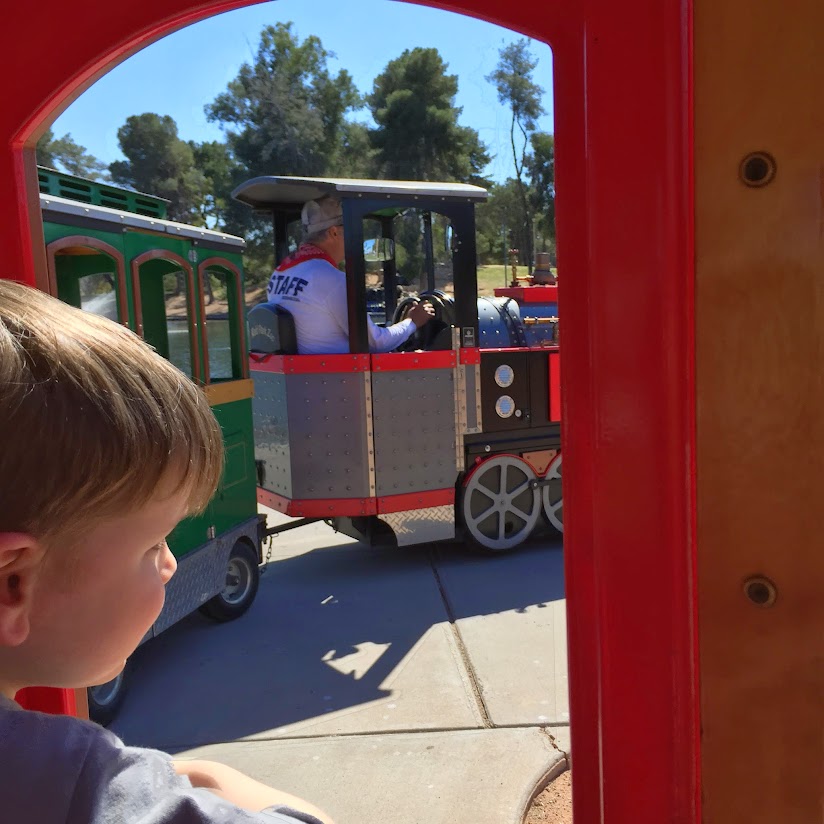 Another day we visited the Museum of Miniatures which was fascinating. They had the traditional christmas villages but they also had miniature replicas of homes and mansions from around the world. 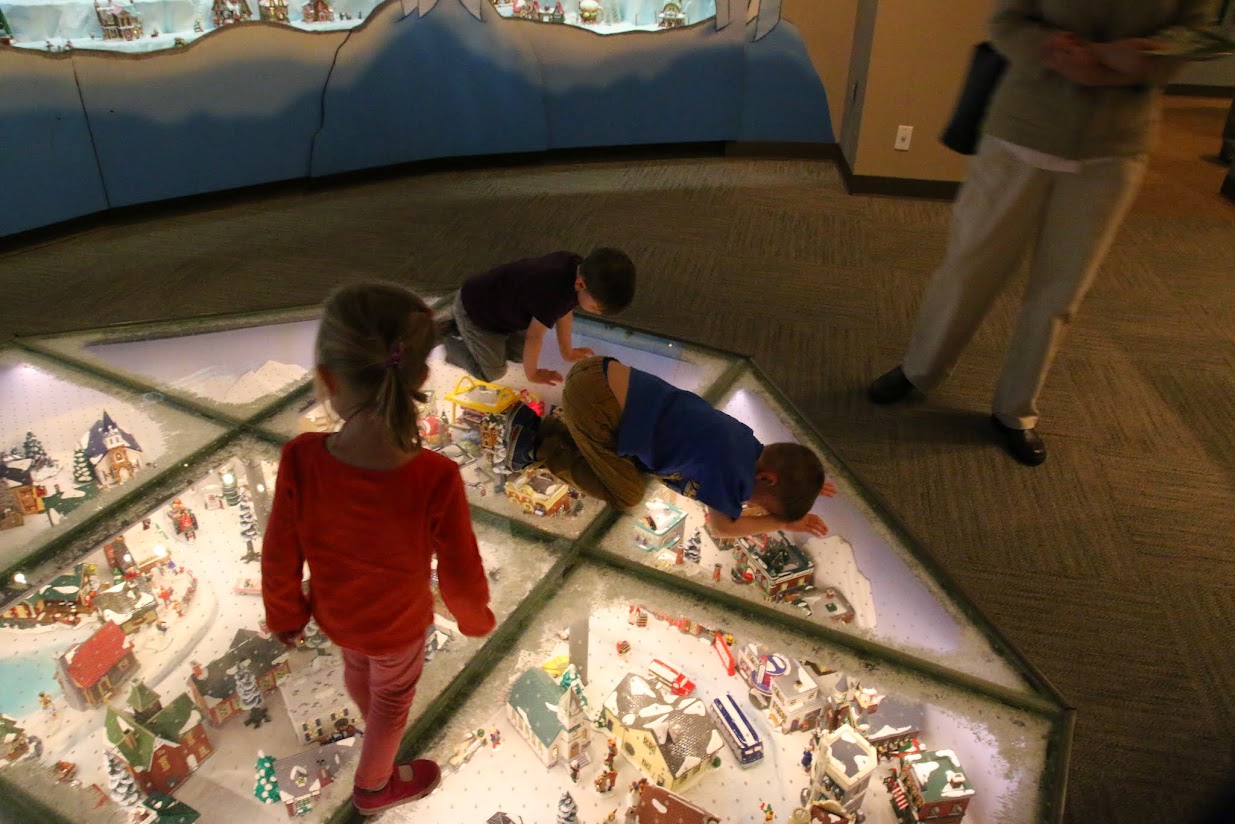 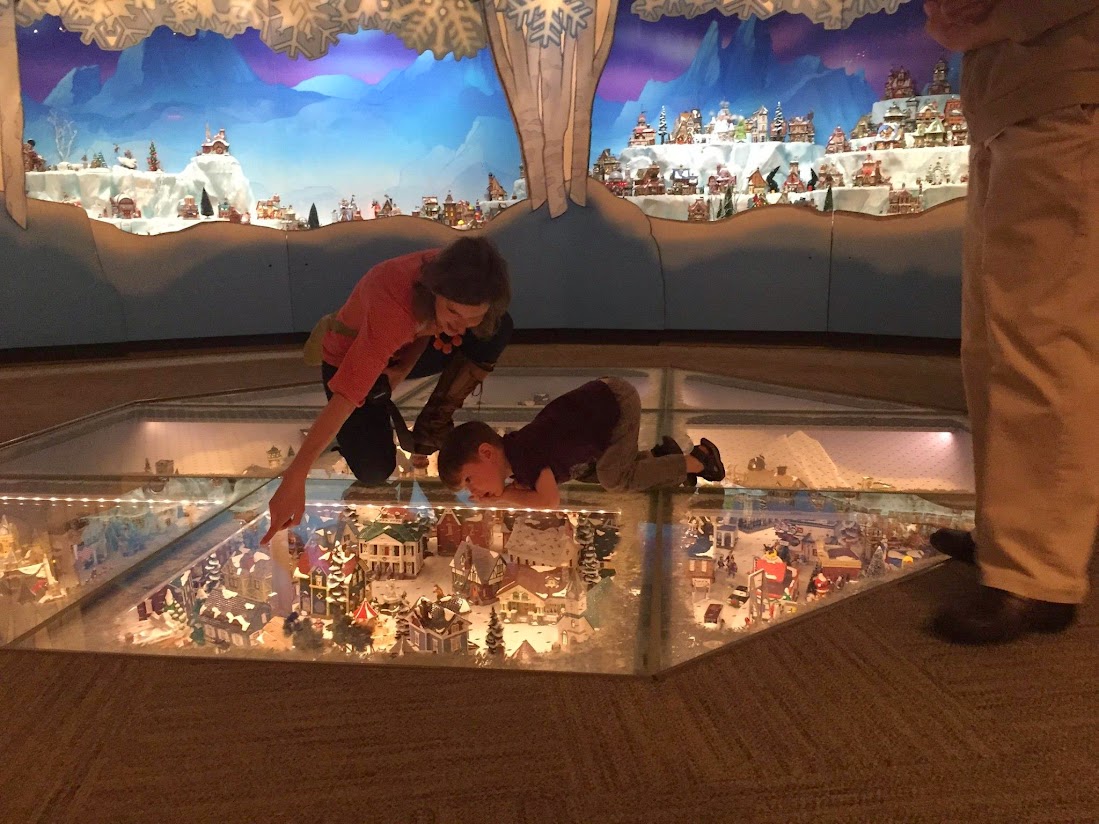 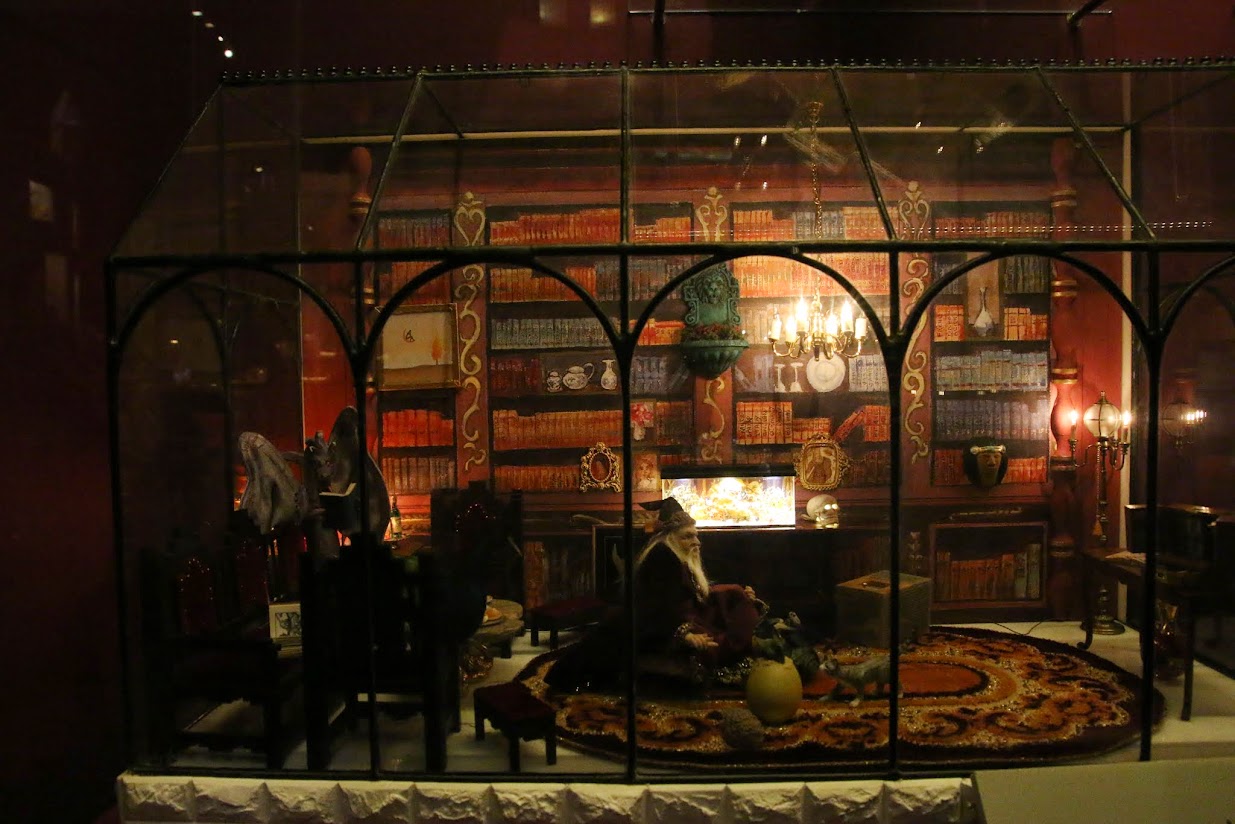 The amount of detail in such small figurines and edifices was astounding. Talk about the perfect place to play “I Spy!” 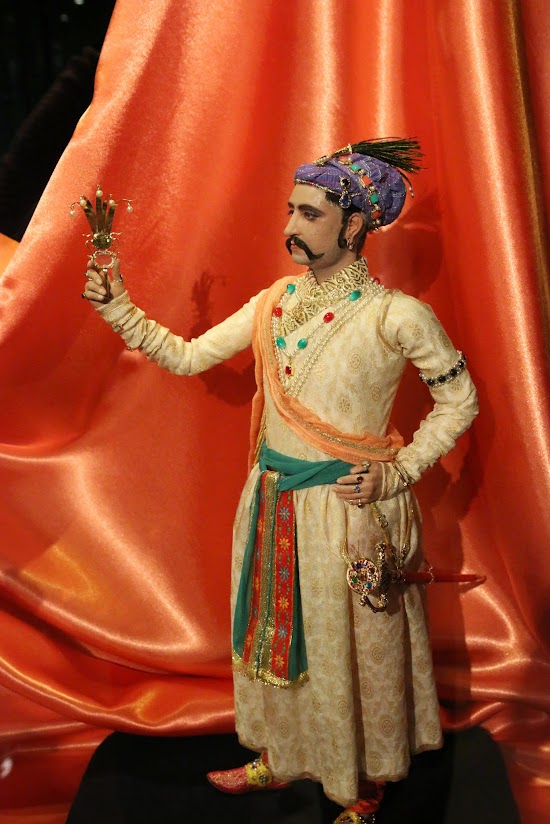 They were having a special exhibit on famous diamonds. And had miniature replicas of the people who wore them-Marie Antoinette, Shah Jahan, Napoleon, etc. Scotland with his love of all things glitzy as well as his love of swords was fascinated by it. I’m afraid the historical significance of it all was a wash. But he and Archer were pretty excited by the idea of men wearing swords all the time! Oh if only they’d been born in an early century! After the museum we headed to Bookmans (another Tucson gem) to pick up some used books for the kids before heading home to indulge ourselves with Beyond Bread sandwiches. 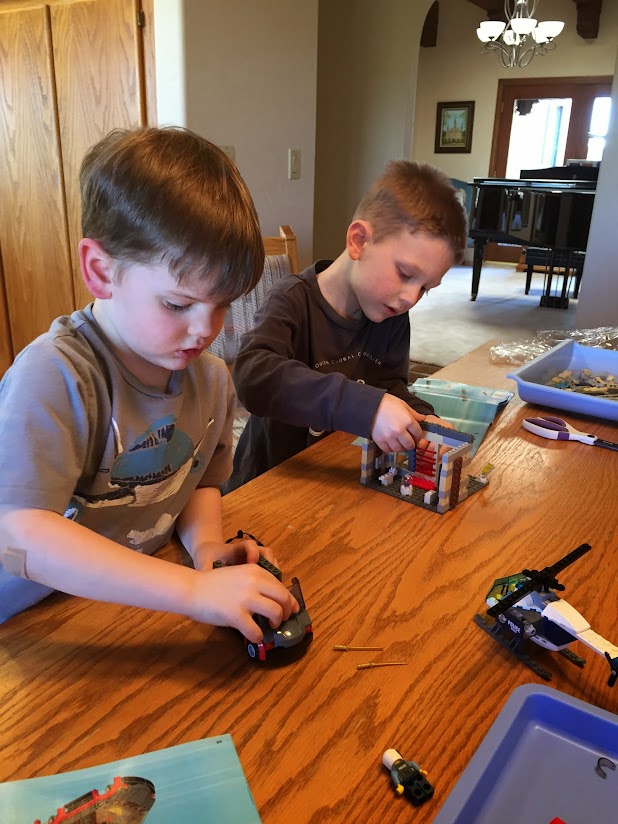 If we were to label this vacation it would have to take the title “The Lego vacation.” Grandma and Poppa Foutz gave Scotland a  lego set for his birthday and he and Archer were in Lego heaven all week. With Archer as his mentor, Scotland completed his first lego creation, step by step. (He got Legos for Christmas but he’s only used them freestyle, he’d never followed the directions.) It was a pretty big deal and once he’s gotten a taste for it he was determined to finish all the other pieces in his set. 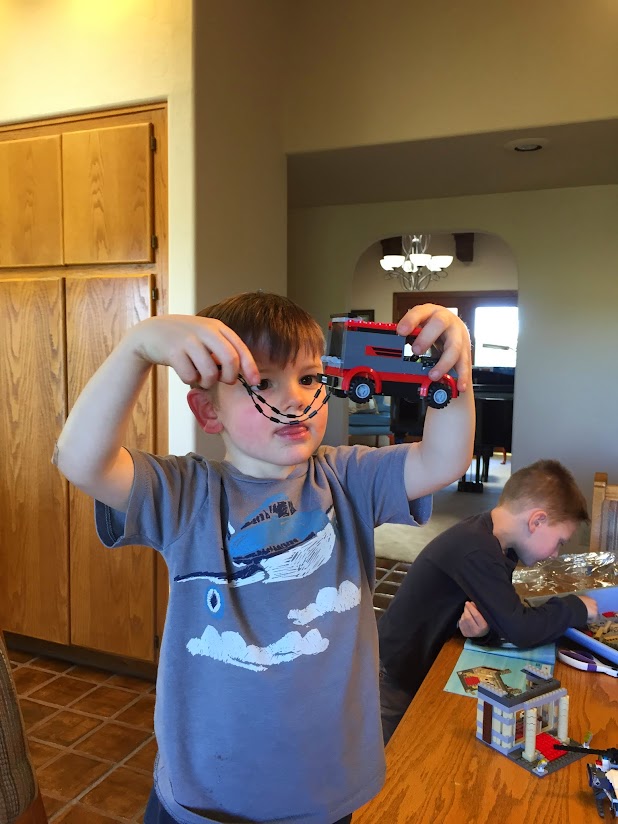 I loved hearing Archer say to Scotland or visa versa “Wanna play legos” and then seeing them run off to the table to build together. It resulted in a more peaceful vacation than we’ve had in the past. Even Amelia got in on the fun with an adorable Friends set. I love legos! 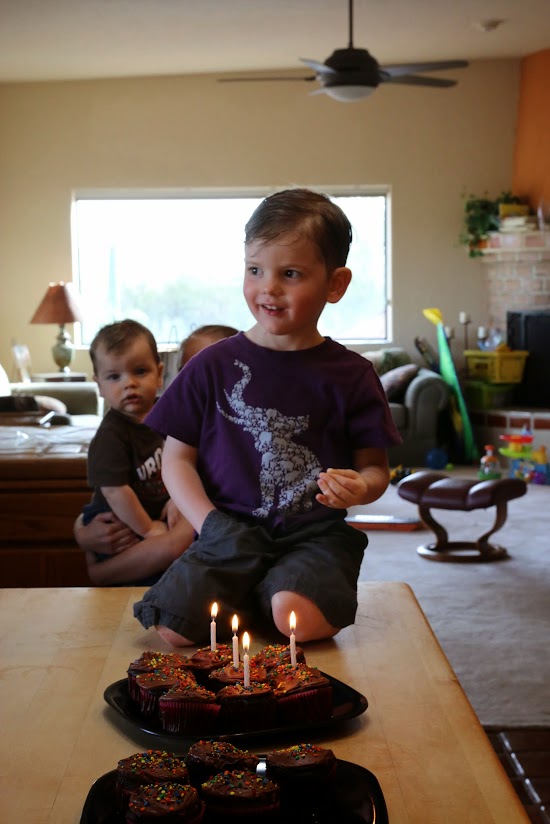 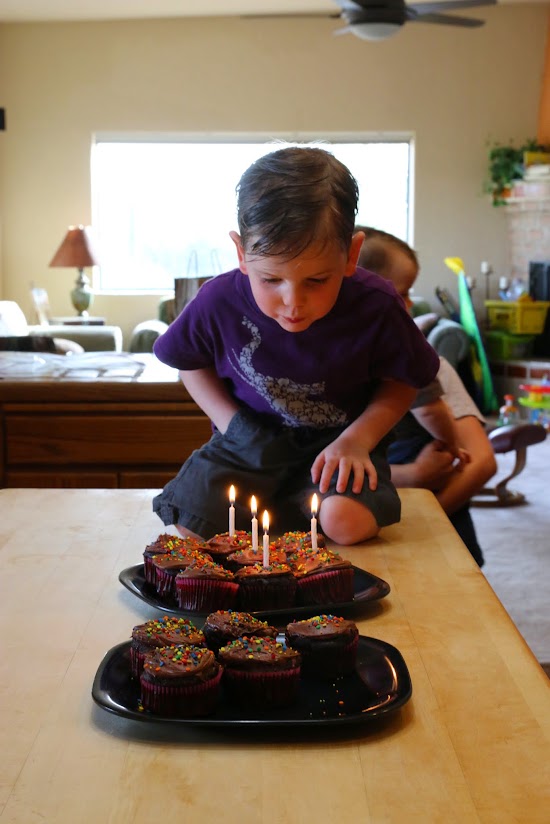 Because it was only a few days before Scotland’s birthday. Cassie and Grandma made cupcakes and we all sang to Scotland. He was absolutely thrilled by it. His big smile as we all sang to him was so sweet. (Tom’s cousin Steve’s kids were over for a playdate.) 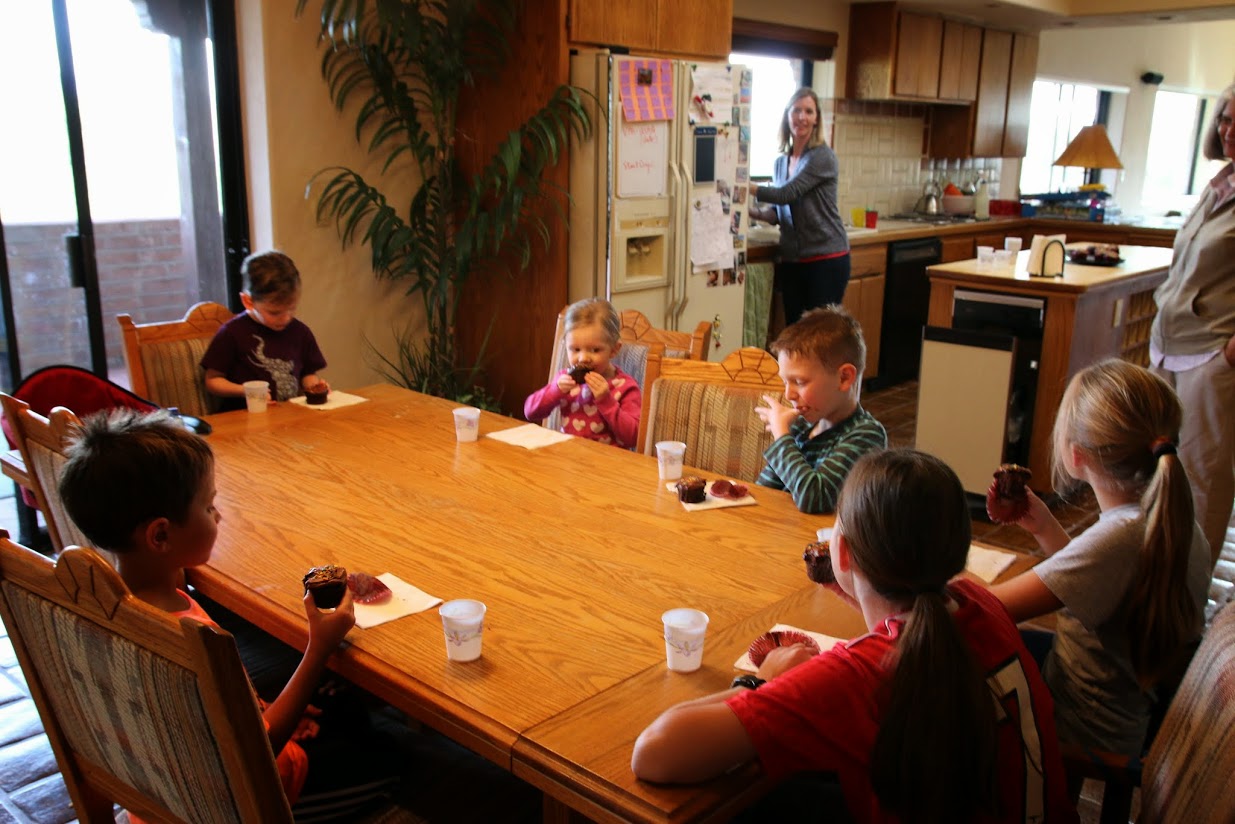 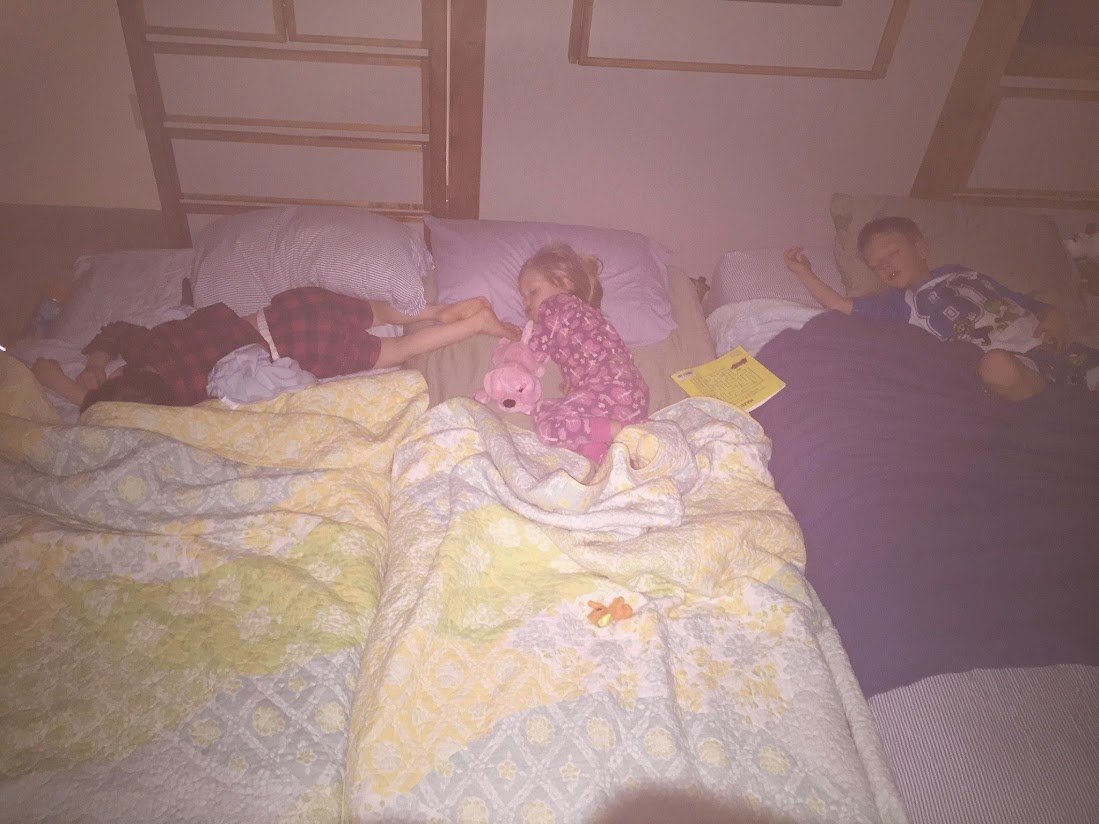 The cousins all had so much fun together. A few memories I hope to always remember:

Archer: “Infinity is a number.”

(We heard this one over the baby monitor, after they were tucked in bed.)

Scotland (ever the realist): “Actually, you are just pretending to be a princess. You are not a real princess.”

Nighttime prayers with Archer, Amelia, Scotland, Poppa and I where each of them wanted to say a prayer. 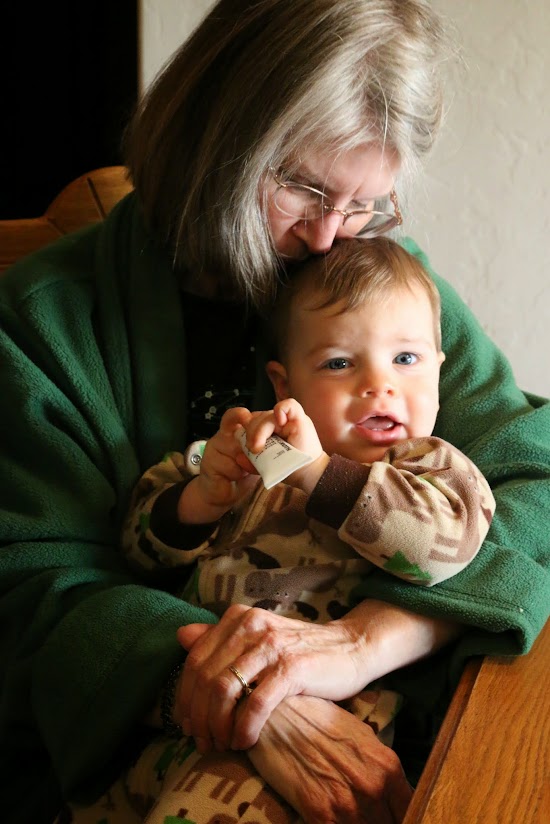 One of the things I loved most was seeing this sweet relationship between Anders and Pam develop. He adores her. He would reach for her and lay his head on her shoulder to give “loves.” 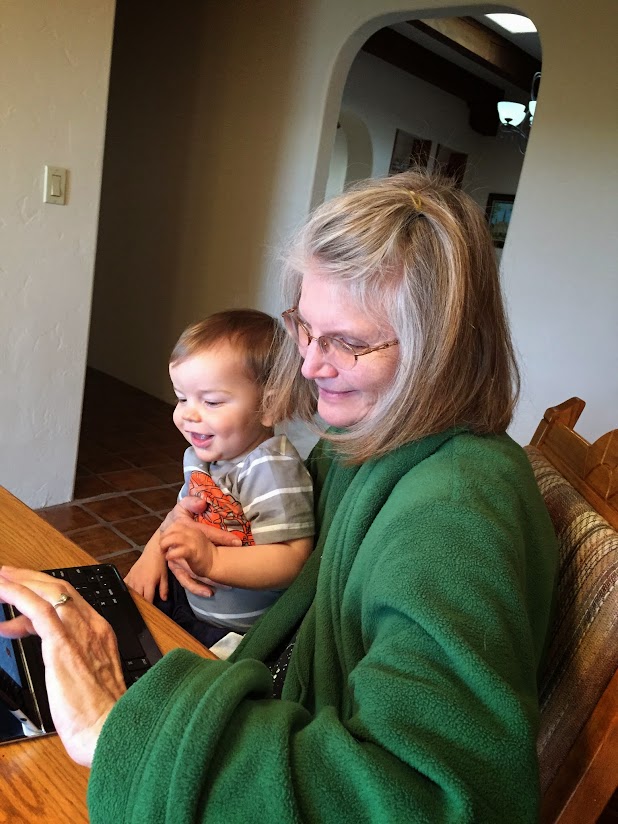 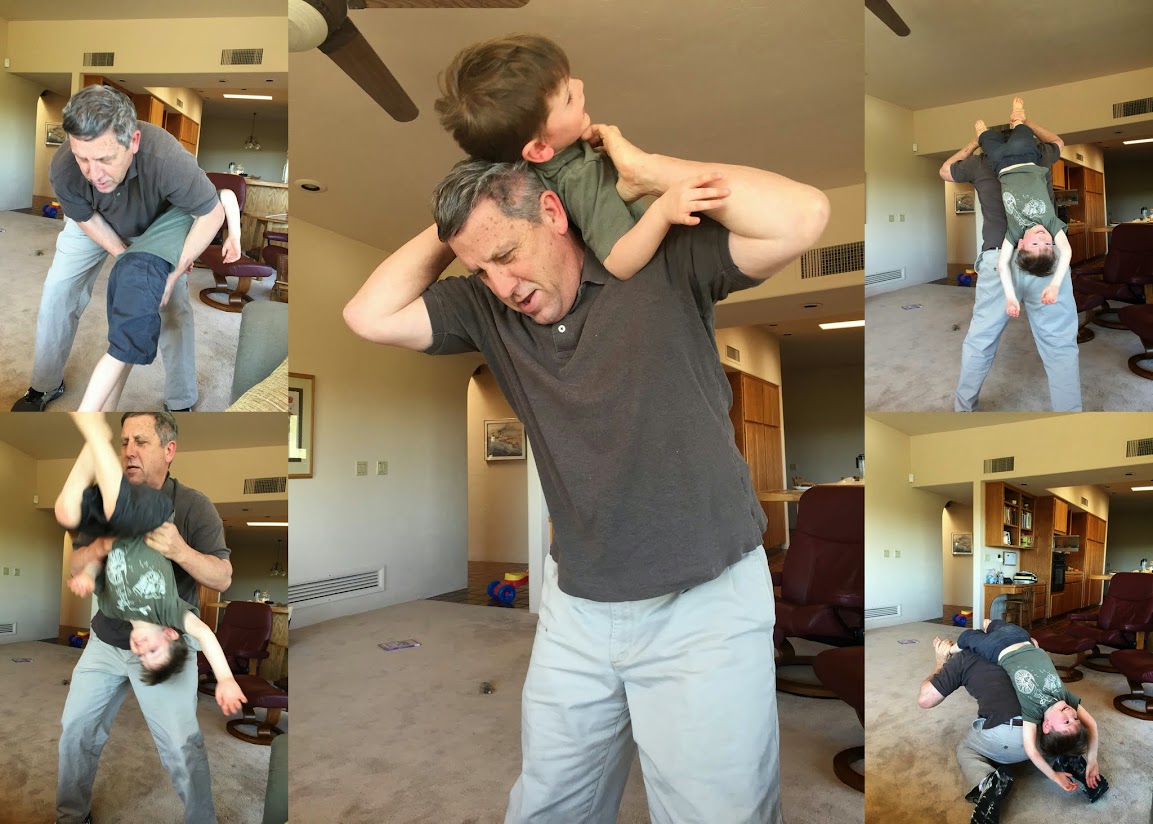 Pam and Stan go above and beyond to make these weeks as enjoyable and easy as possible. They are your quintessential grandparents- dotting and adoring. The attention is on the kids and the love and acceptance free flowing. I really admire their determination to be active participants in their grandkids lives- despite their spatial distance. They look for ways to interact whenever possible, whether it be reading books, telling stories, swimming, feeding, or just taking them for walks as a means of distraction. My boys adore them, as do I.