The boys and I had such a good time visiting Devin and Jessica. We got to see their beautiful apartment and spend some time seeing historic Provo, the Bean Life Science Museum, and hiking up to Bridal Veil Falls. (In addition to visiting the Museum of Natural Curiosity and watching my eldest niece Brecklyn swim in the state competition.) 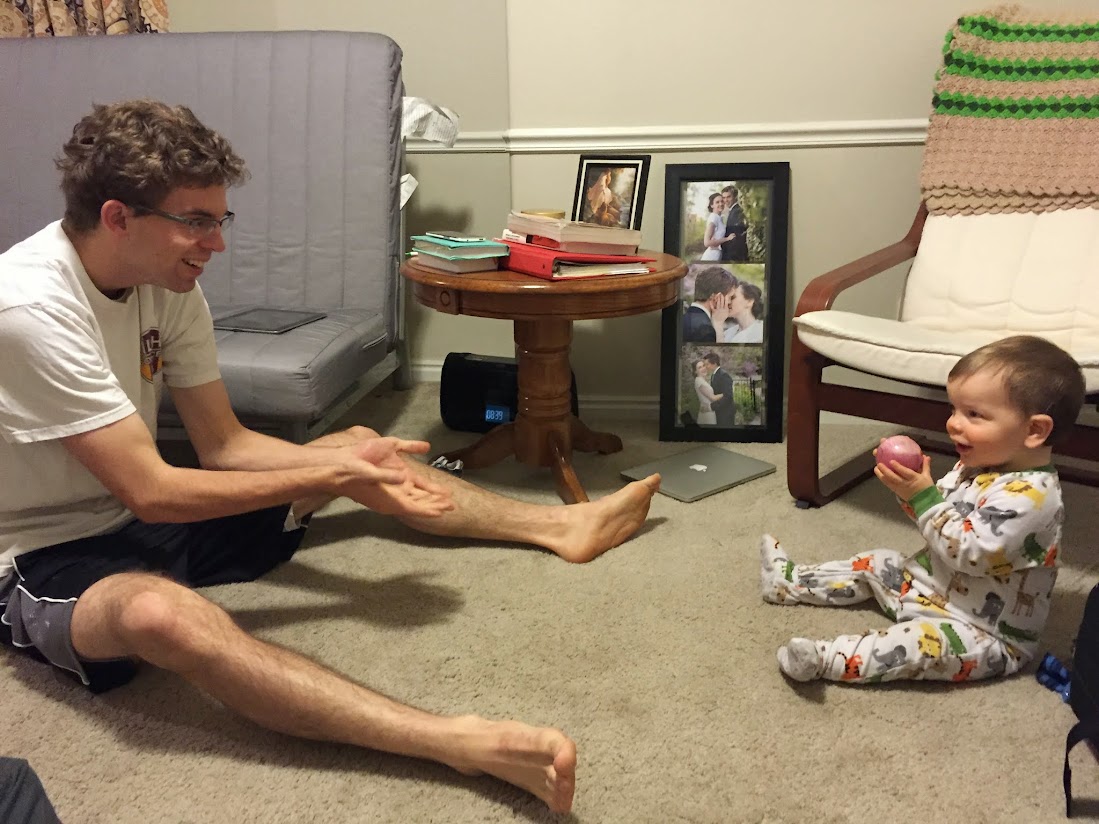 I always say this, but something about seeing my brothers play with my kids really touches me. 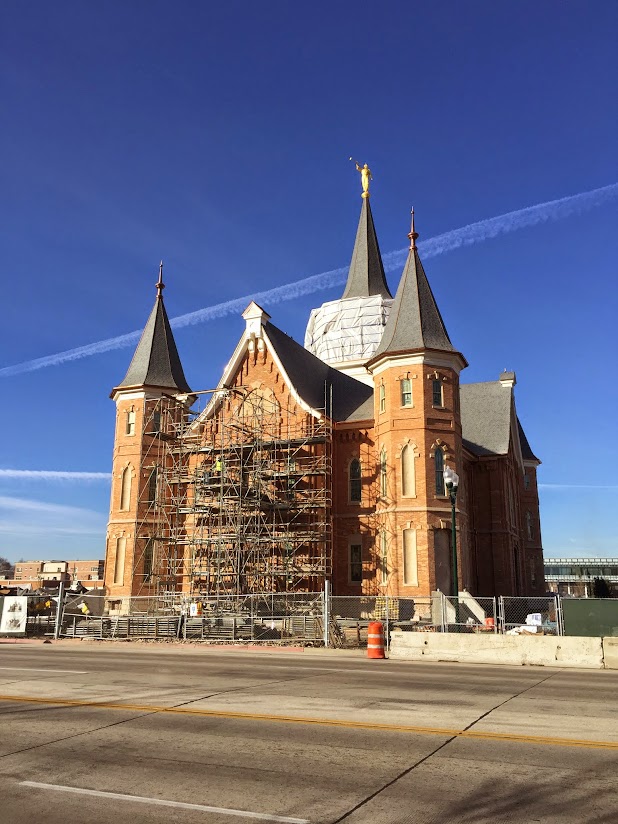 Provo City Temple under construction. (I want to see as many temples as I can while we’re here in such close proximity to so many. Unfortunately I’ve had terrible luck and the majority of them have been closed! Spring cleaning I guess.) 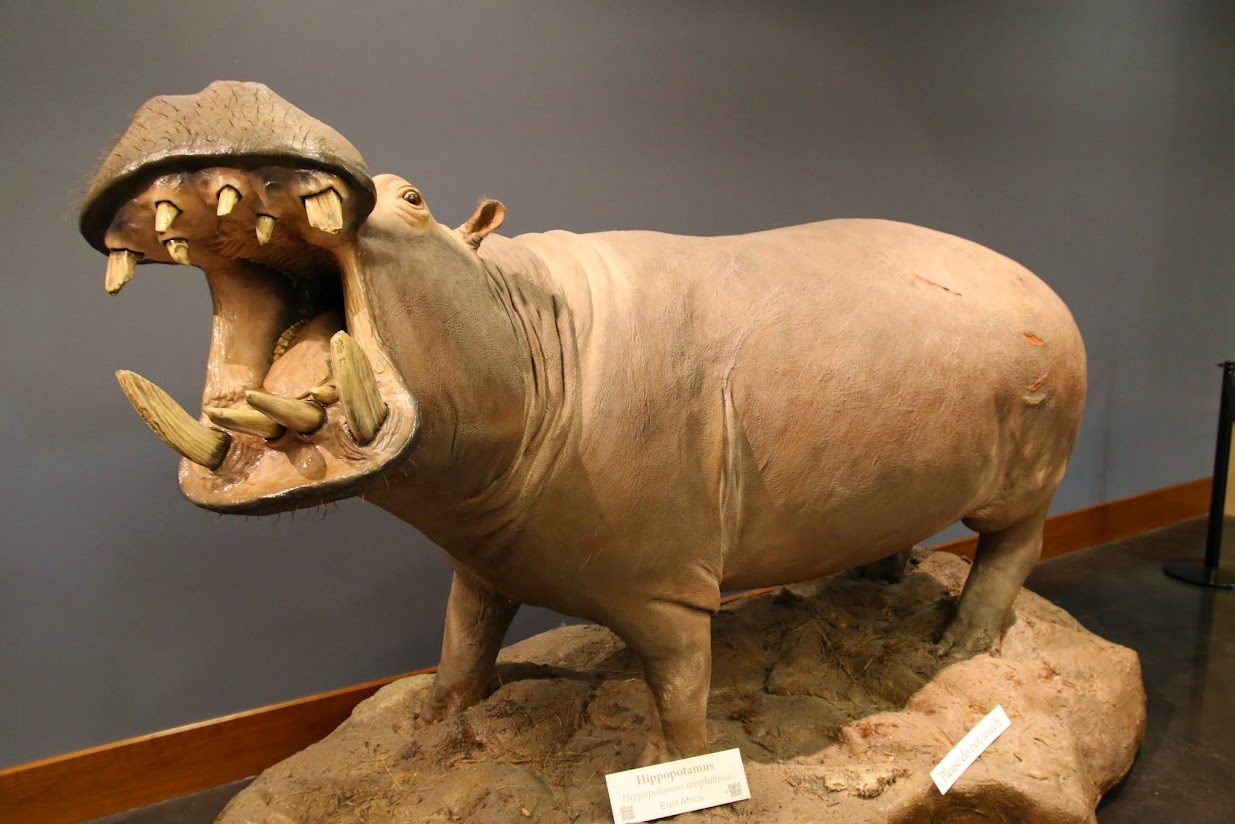 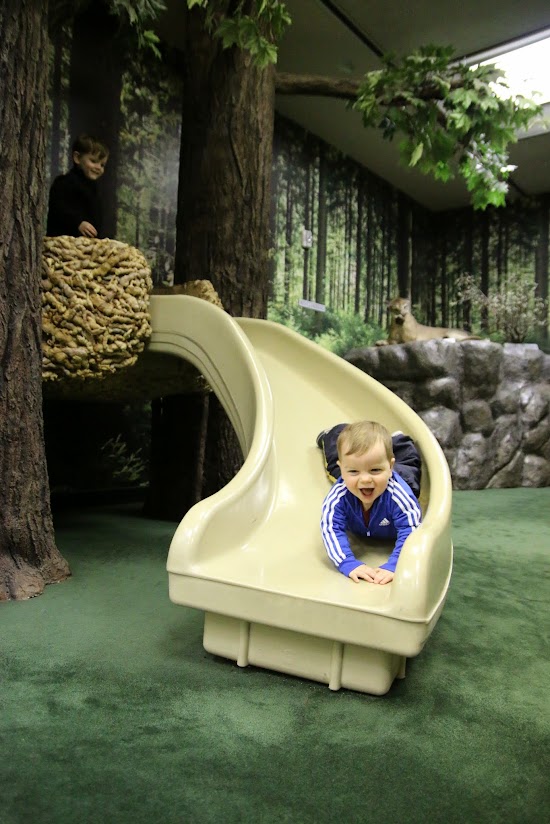 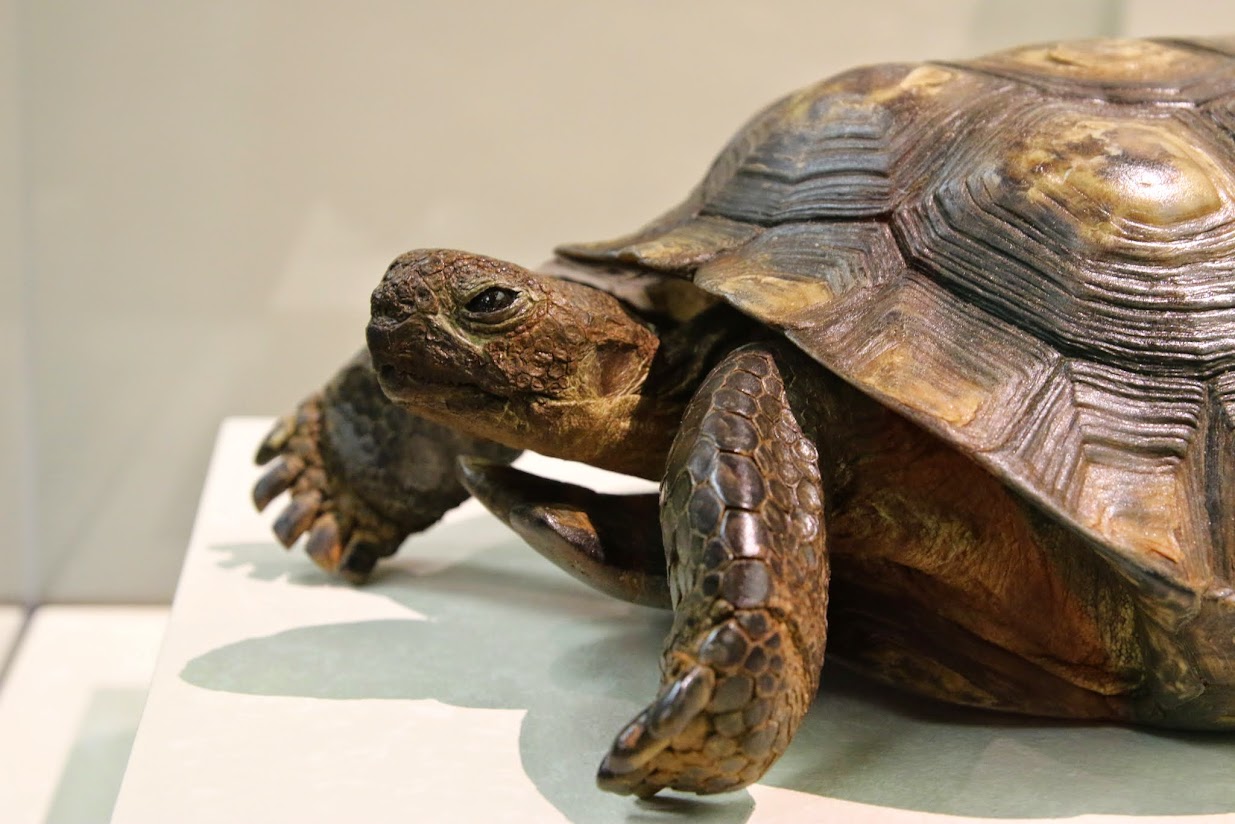 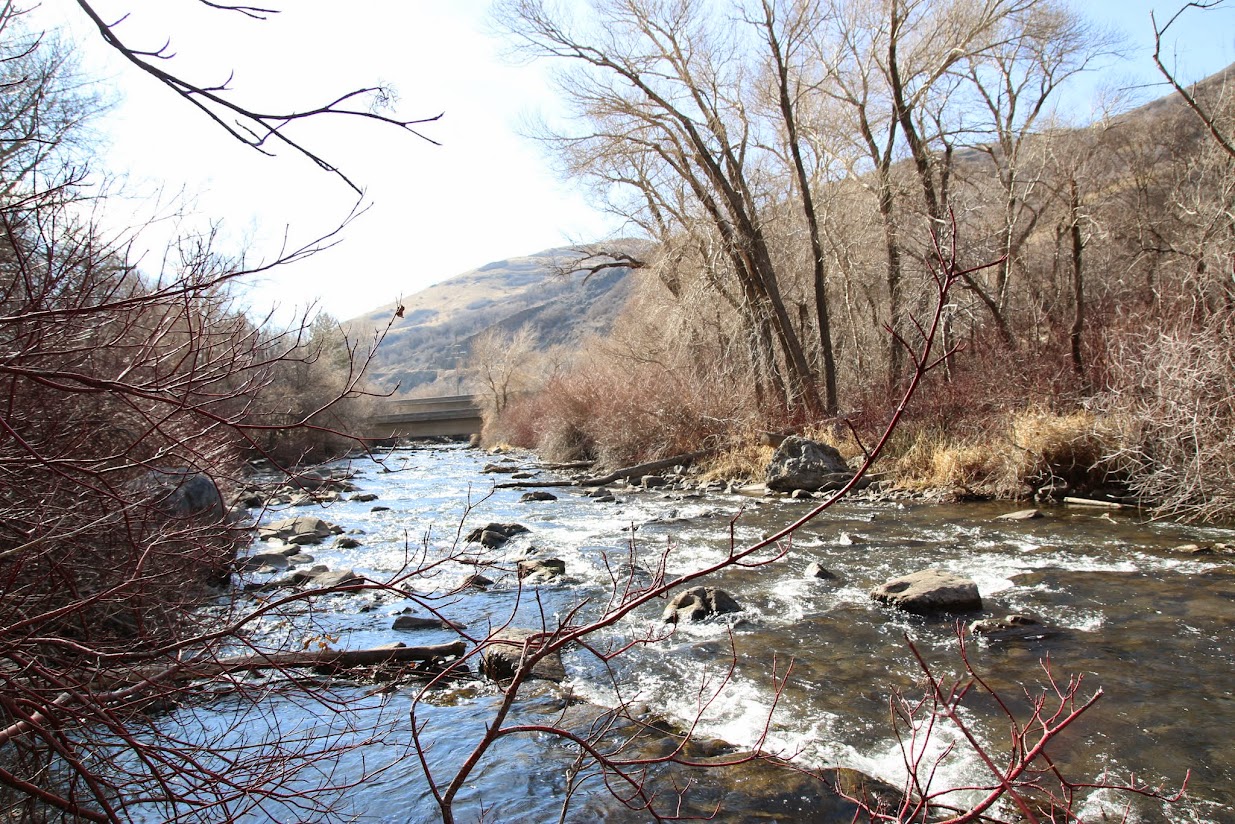 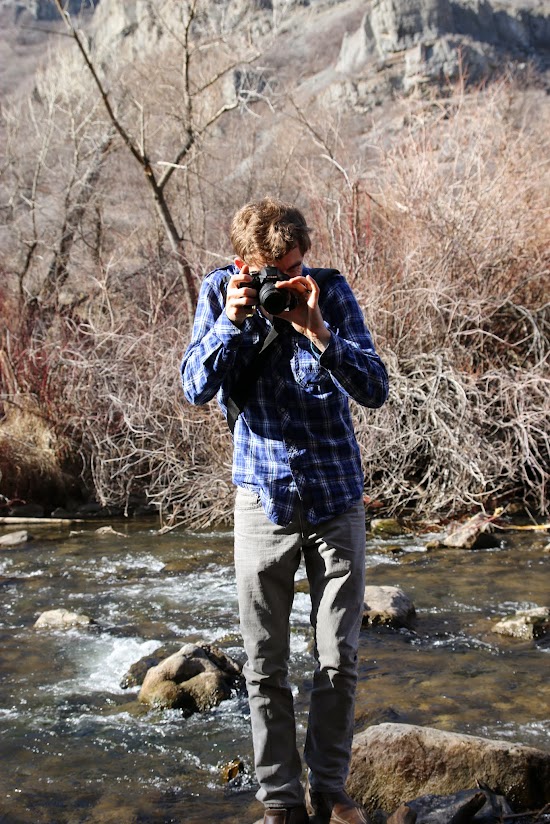 Both Devin and I had just gotten new camera so we had a lot of fun trying to figure them out. 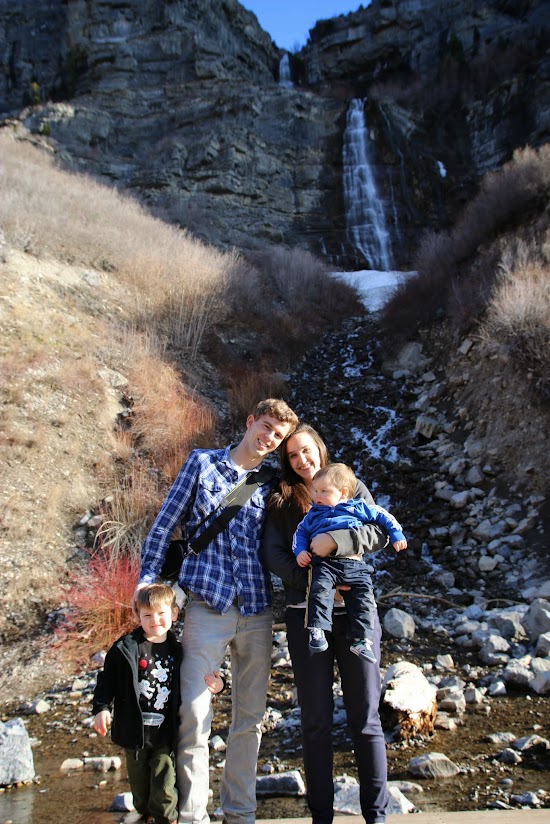 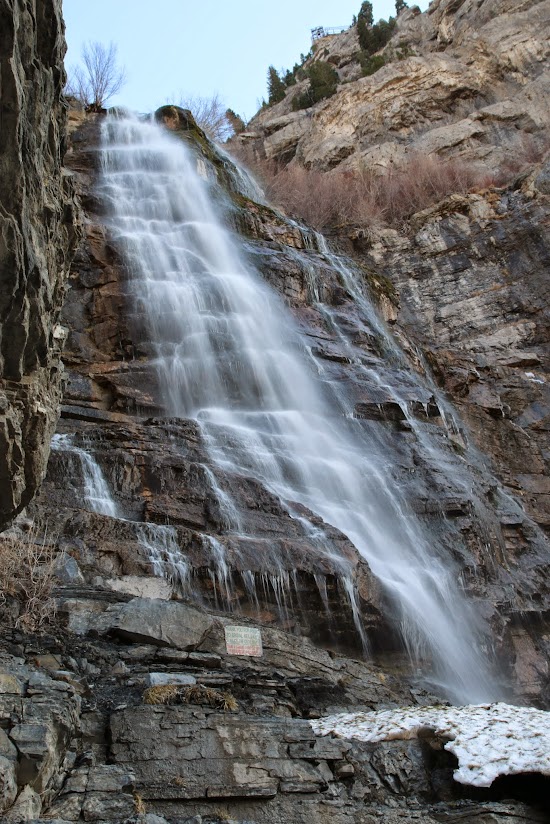 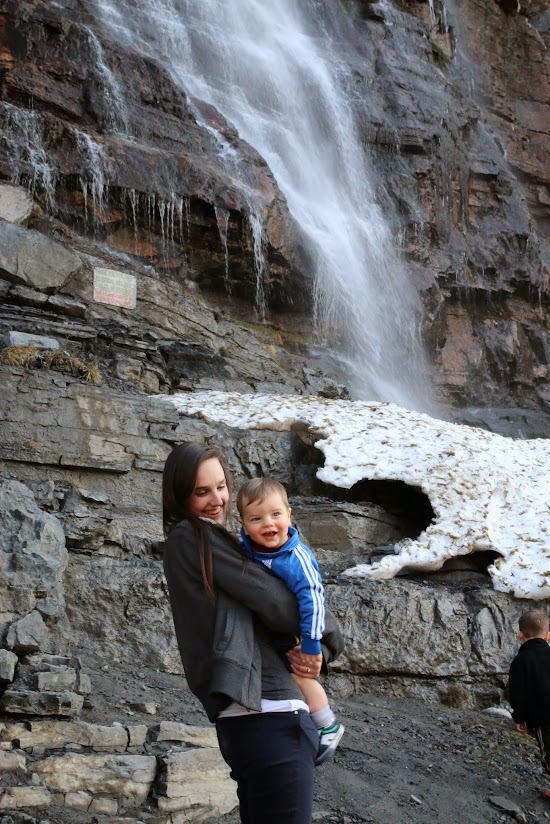 I really appreciated having a bit more time to spend with Jess. (She and Dev got married last spring so I know her the least of my in-laws.) I just really like her. She’s kind, easy- going, positive, hard working, smart, great with kids, and perhaps this is not the right way to say it, peaceful. She just seems to bring a calm with her.
We met up with Sabina and Brigette and their kids at the Museum of Natural Curiosity in Lehi, Utah. It’s the most amazing children’s museum I’ve ever seen. Ever. The kids had SOOO much fun. I got few pictures, because the lighting was terrible, and the kiddos were moving to fast to catch. But much fun was had by all. 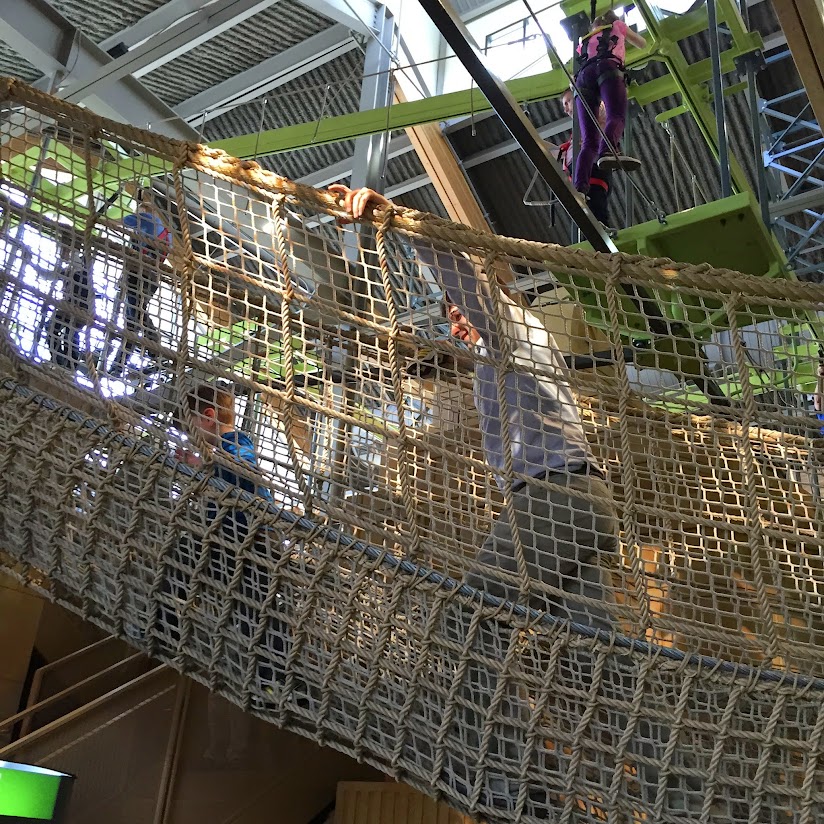 Tom drove up and joined us for the weekend. It was so fun to get to have family time with him, since so often I have to go solo due to his work schedule. 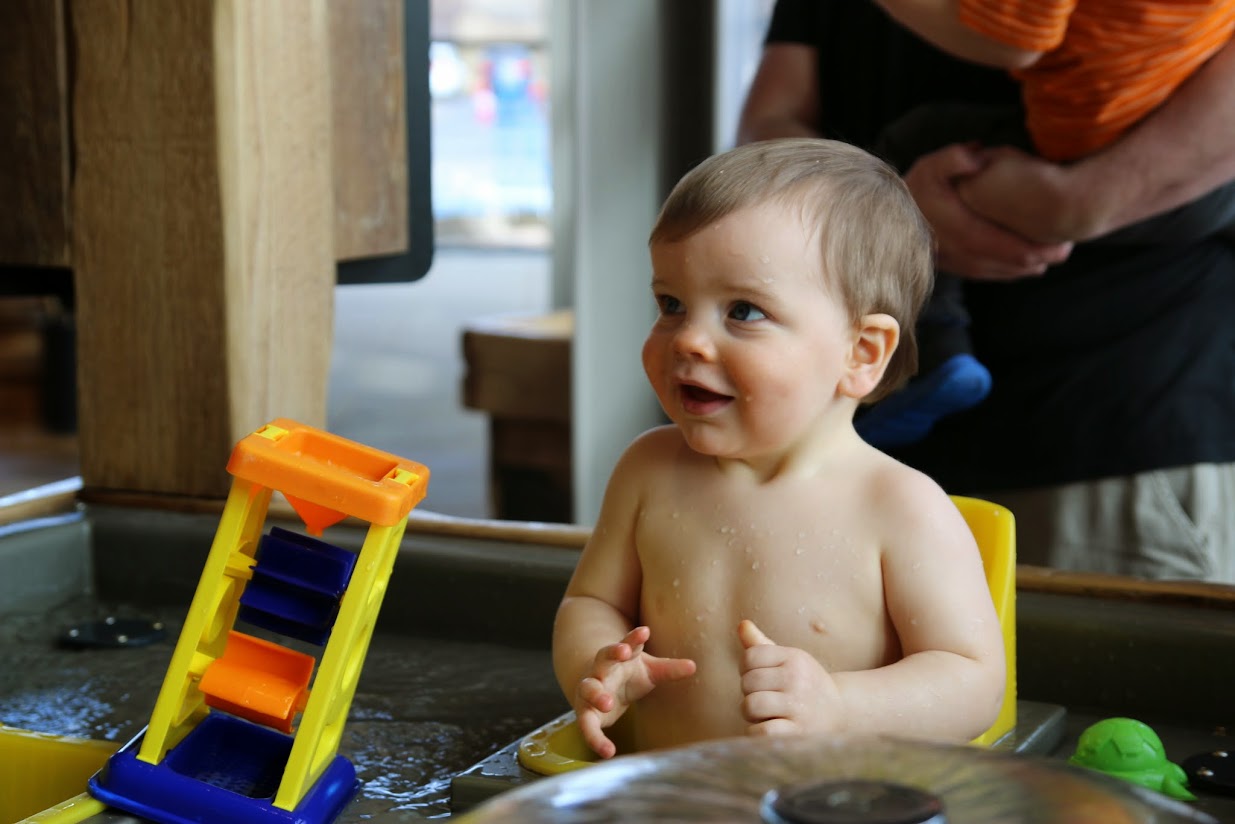 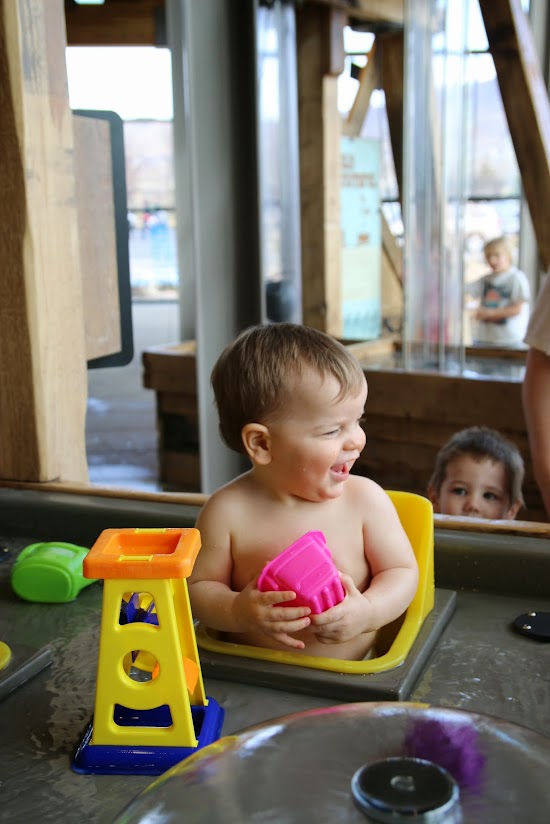 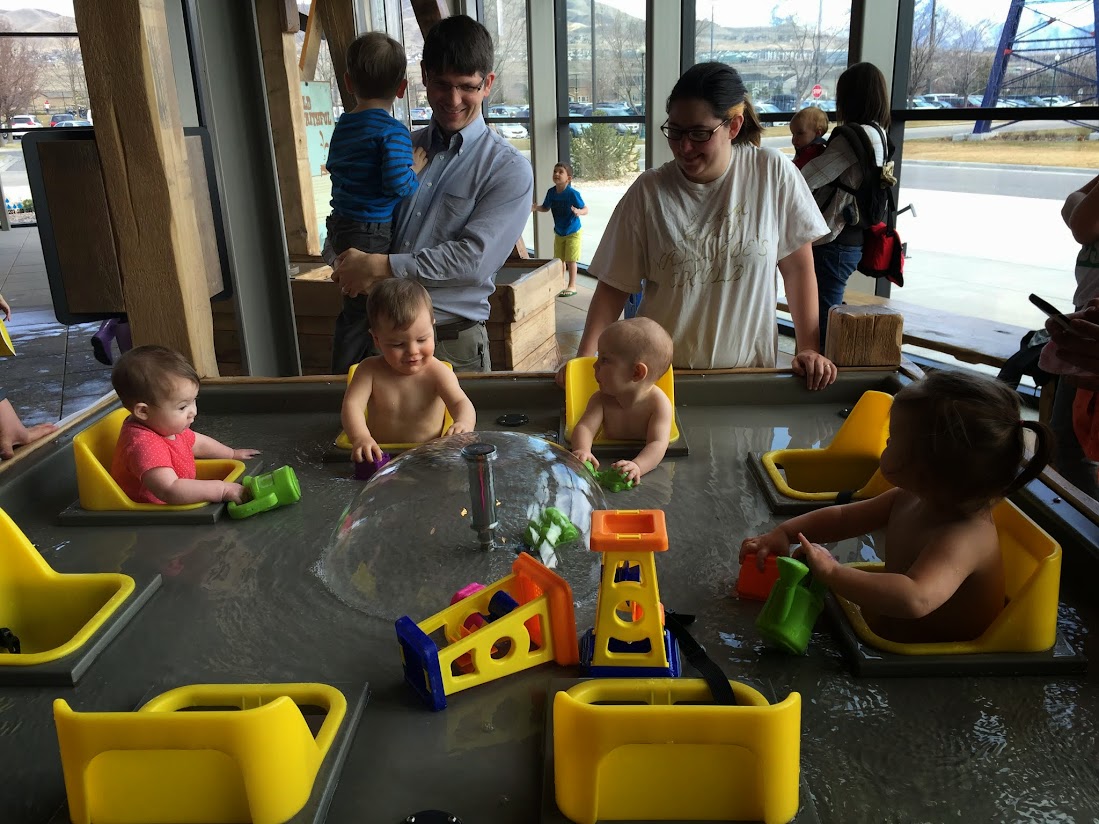 This water table for infants is the cutest thing I’ve seen in a long time. I mean, really, does it get any cuter? 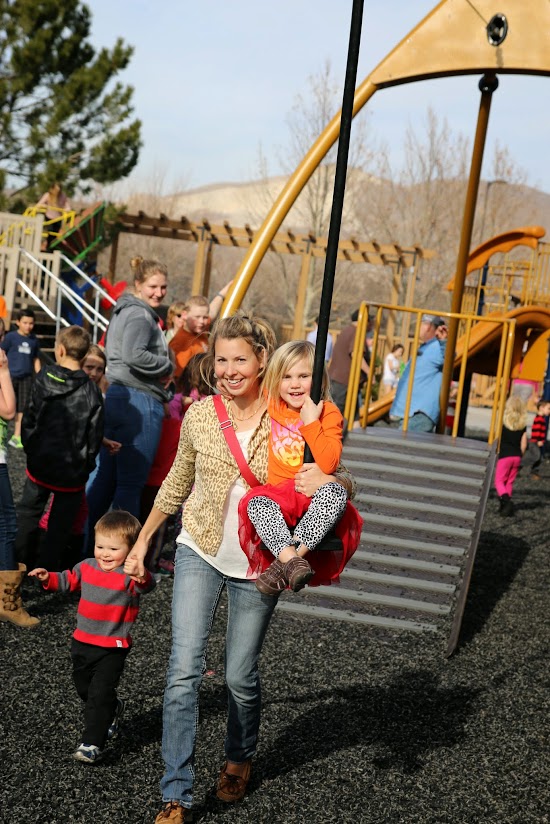 This is perhaps the first time I’ve experienced a family get together like this. A few days before I sent out a text, hey want to get together Saturday morning. . .  and then Boom four of us sibs and our kiddos gather and have a blast together. Our children moved fluidly under changing supervision, cousins swapped out playmates by the minute. It was a beautiful thing. It’s outings like that that make me think… it would be so fun to live near family.
That and the outing we had between Bear River City and Provo when we stopped in Bountiful for an hour to hanging out with Getti’s kids at the McDonald- just because we could! 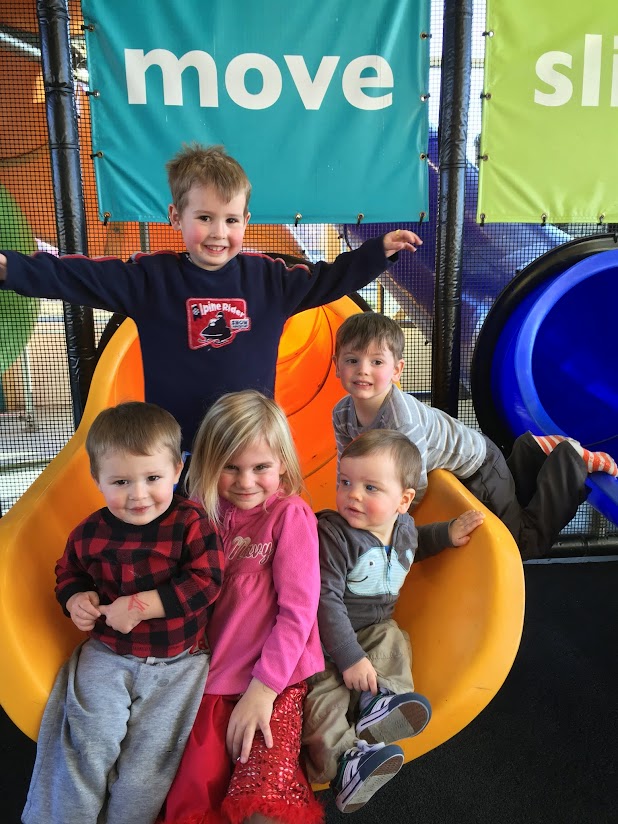 My boys- forever not looking at the camera. 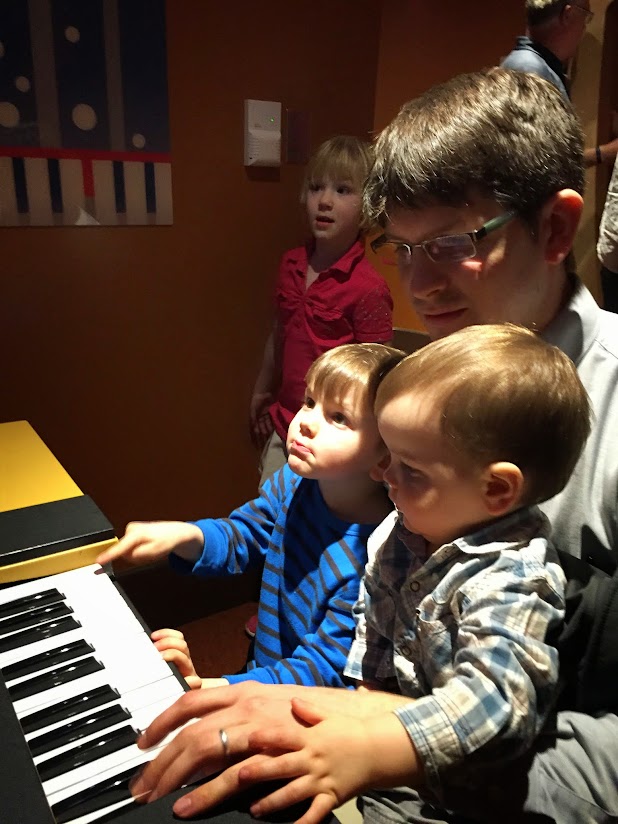 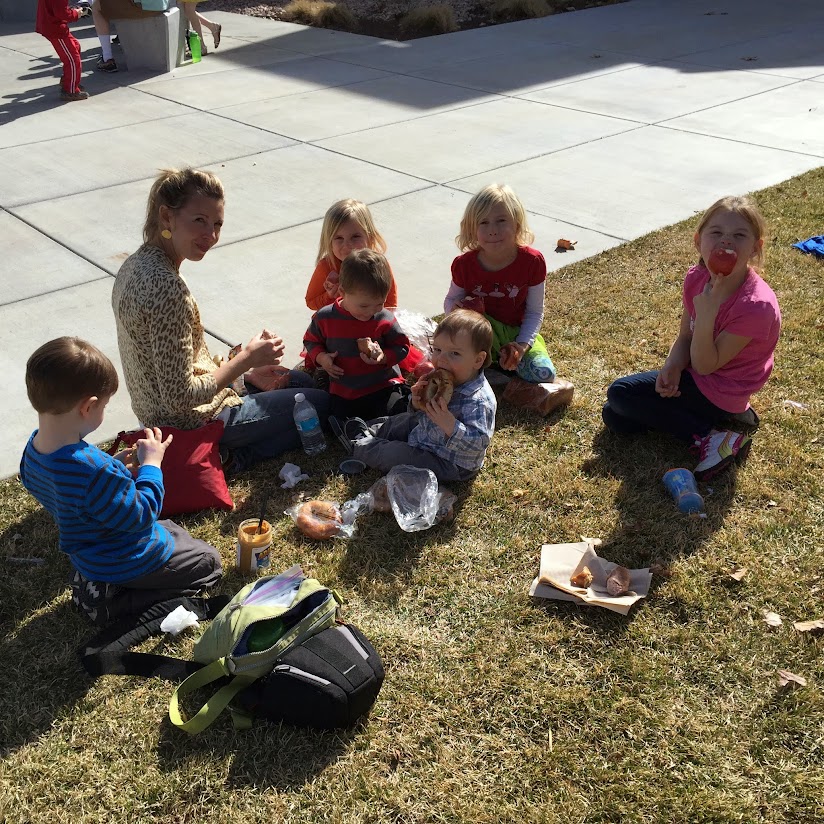 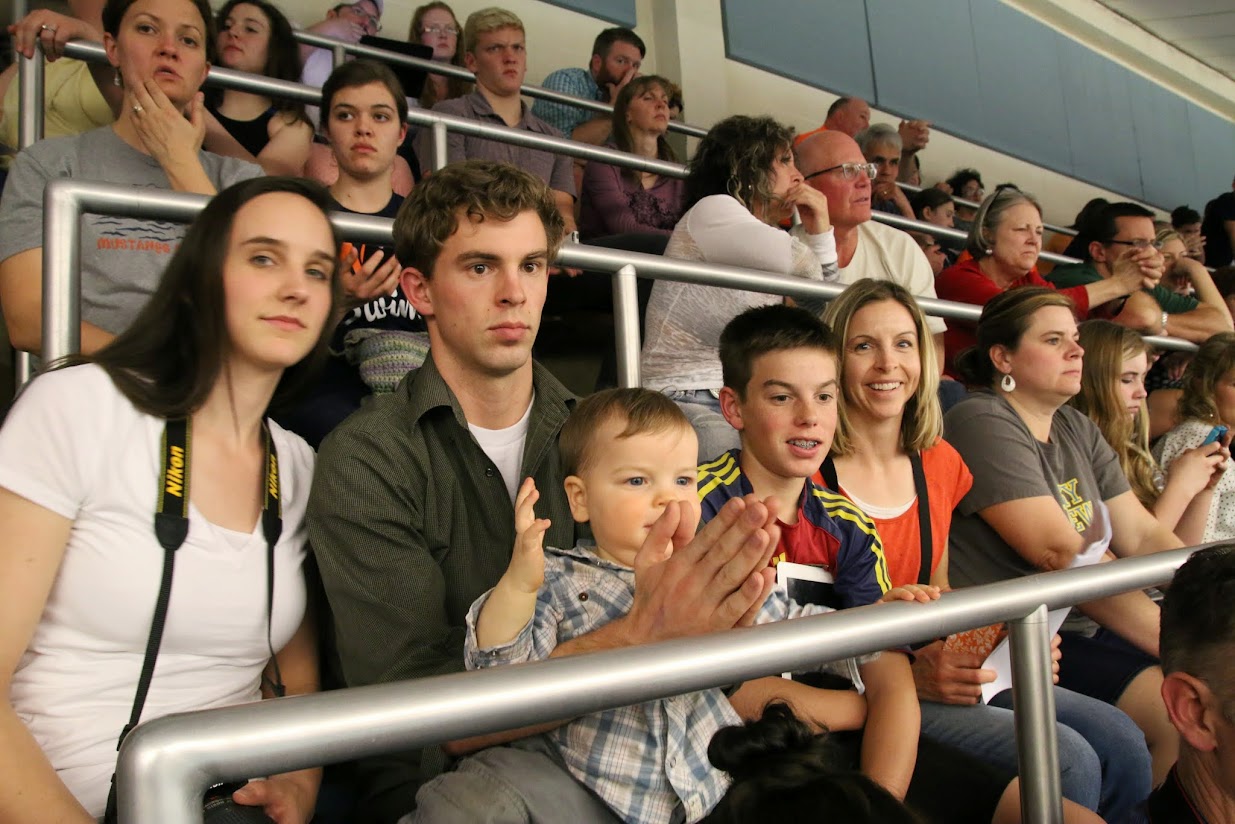 After our fun packed morning at the museum we headed back to Provo to watch Breck swim at state. Here’s some of her biggest fans: Jess, Devin, Anders, Landen and Sabina. Not picture- Brigette, Joette, and I. 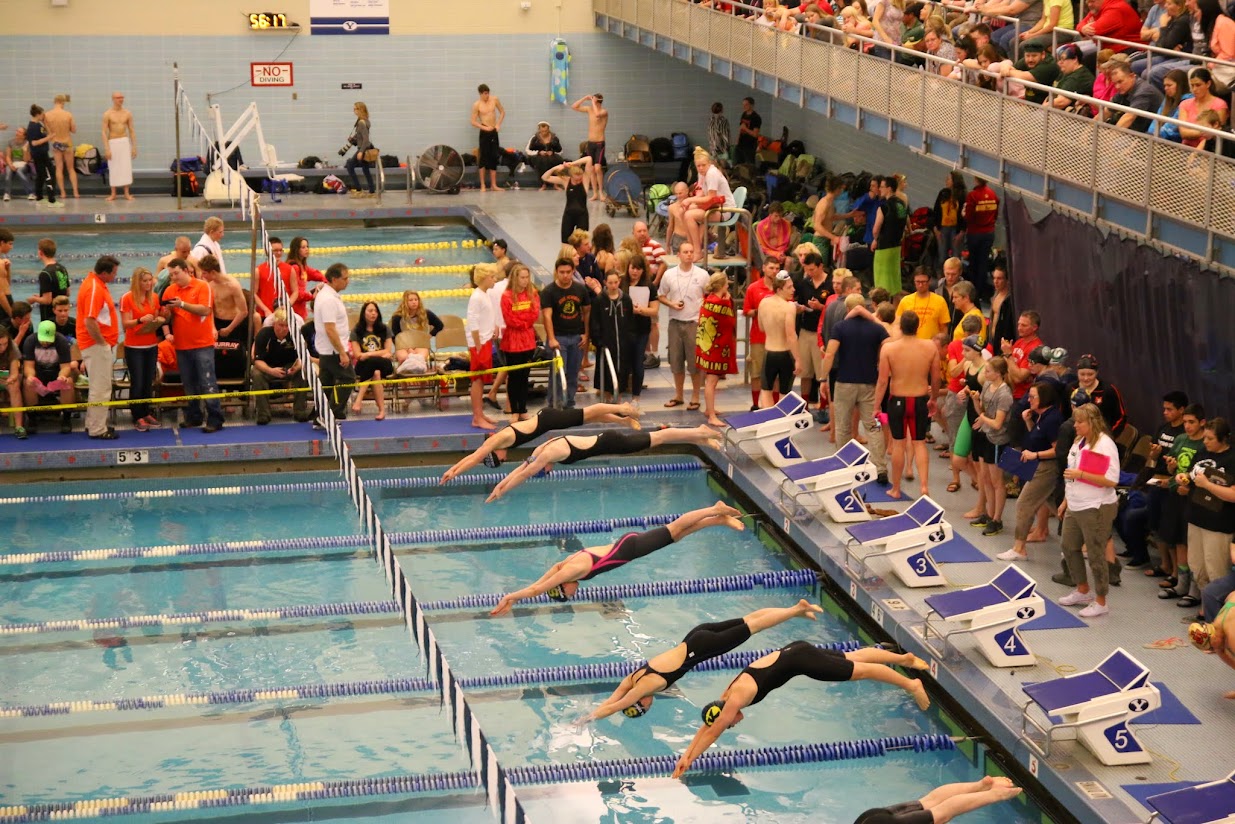 Brecklyn is in lane one. Beautiful form! 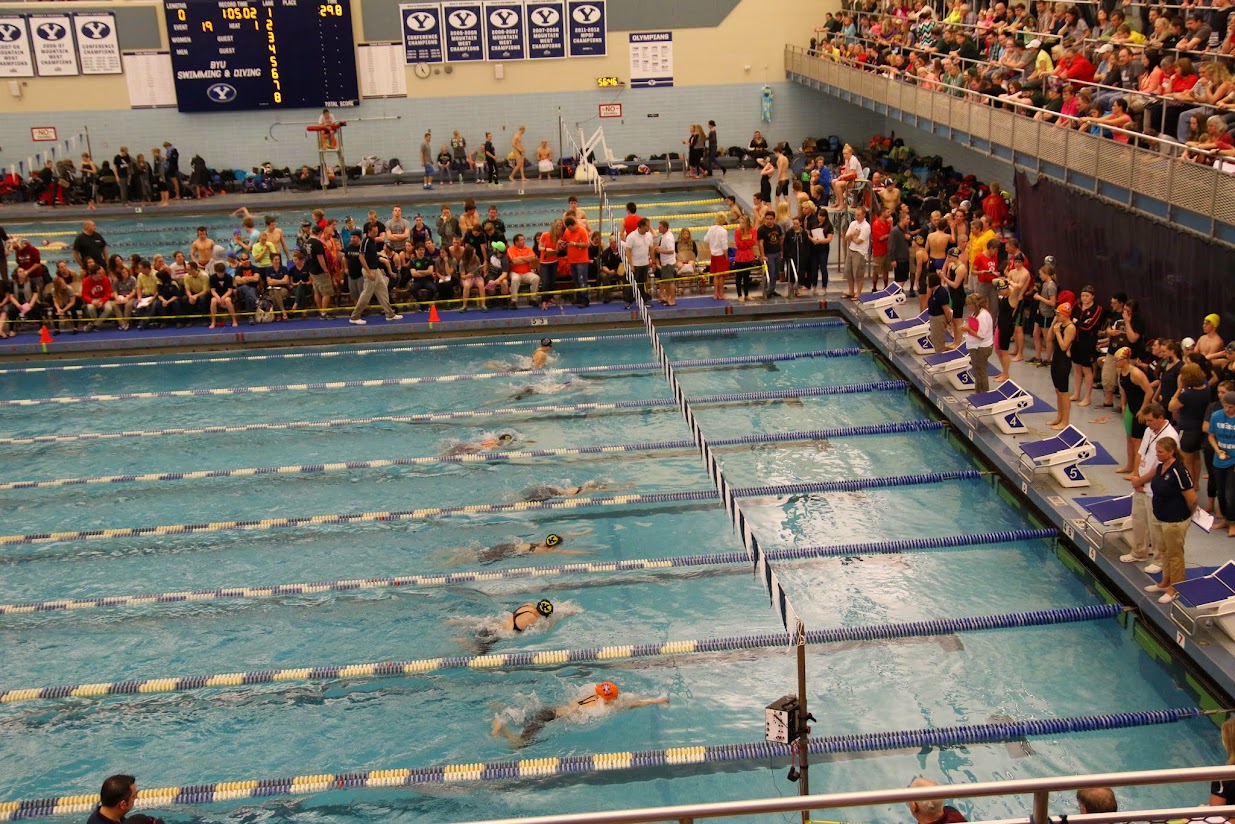 Brecklyn is the oldest grandchild on my side. And as a result she’s always held a special place in my heart. She made me an aunt after all! Sabina and Craig lived in Washington for the first few years of her live, so I got to see Brecklyn as she grew up. When she was 11 she lived with Tom and I for a couple of weeks with her sister Talia. It was a time I’ll always cherish. So it shouldn’t have been surprised but watching her swim was really emotional for me. My eyes teared up and my heart swelled with pride. Breck set a goal to swim in the BYU pool a year ago, back when swimming was still quite new to her- and she did it! Impressive. I love you Breck!

After the competition we headed back to Bountiful, put the kids to bed and Brigette and Dave and Tom and I went on a double date for Valentines Day. We enjoyed a quite sabbath together before parting ways, Tom back to work in Pocatello and the boys and I to Arizona. . . to keep the family time coming!