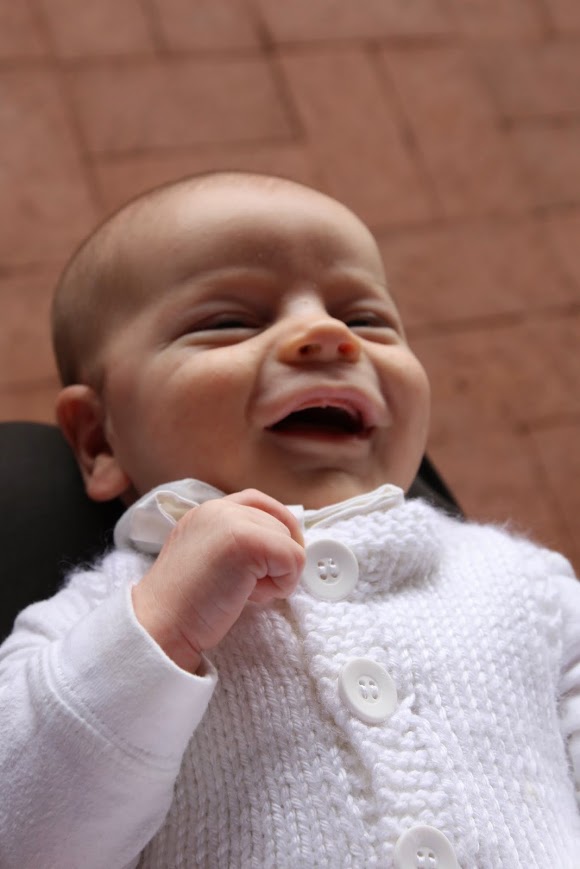 While we were in Phoenix we blessed Anders. In our church infants are brought before the church and given a name and a special blessing a few months after they are born. As I was thinking about the tradition the morning of, my mind turned to the Savior and how his parents took him to the temple to “present him to the Lord” (Luke 2:25). I had never thought of the name and blessing in that way- as a way of stating to the church, but, more importantly, the Lord, that we would raise this child up unto Christ. Thinking about it like this changed the occasion for me, from one of tender tradition to one of serious commitment. I thought of Hannah and how she said of her son “I will bring him, that he may appear before the Lord, and there abide for ever” (1 Samuel 1:20). I too hope that I can raise Anders to want to abide with Christ forever.

We were really touched that Tom’s best friends Jay and Nate, and my brother Derek and their families made the journey to Tucson to join Tom and his father in the circle. Each are devoted fathers. I loved seeing my little boy surrounded by a group of honorable upstanding men, who honor their priesthood and who I know will stand by him and support him in the years to come.

I was so grateful that my brother Derek and his family made the effort to come down. We haven’t lived close to each other since I was in high school and it pains me that we get so little interaction. He went out of his way to make some special memories with my two boys. (He gave Scotland his first candy necklace, and made a point of sitting by him and talking by him whenever they were together. And he and Audrey held Anders through the majority of the post-blessing party.) True to form Derek got HUGE smiles out of Anders. (He always got the biggest giggles out of Scotland when he was a baby.) 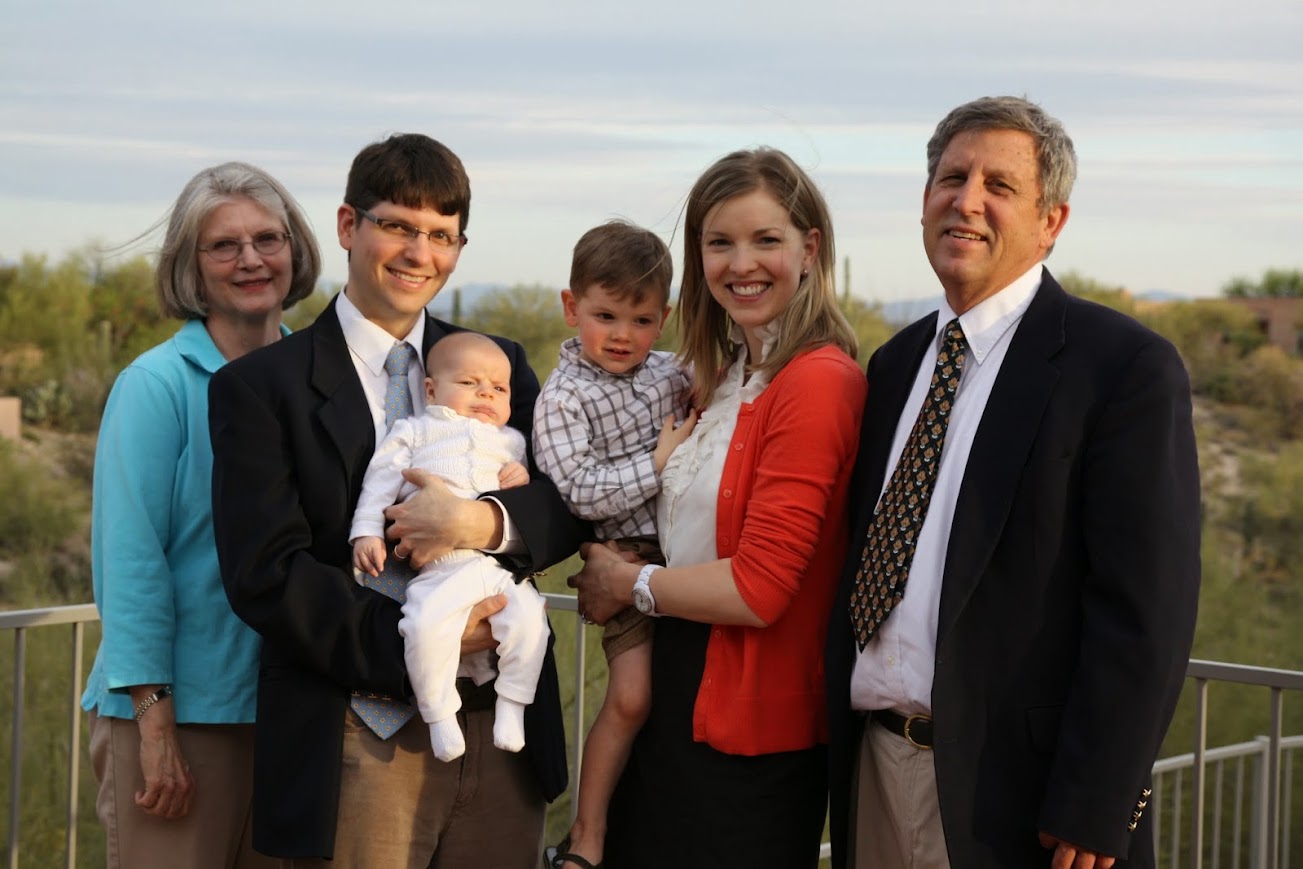 We so appreciated Pam and Stan’s support and love on this occasion. Stan set everything up at the single’s ward, and you could just sense his pride at having his grandson blessed in “his ward.” It was a “first” for the non-family ward, and so it received a lot more pomp and recognition than is typical. Pam went above and beyond organizing a celebratory get together for those involved afterwards. She opened up her home to a throng of energetic children, served a delicious spread of hor d’oeuvres,  and made sure everyone felt welcome. Even more importantly, she attended the blessing, which meant so much to Tom and I. 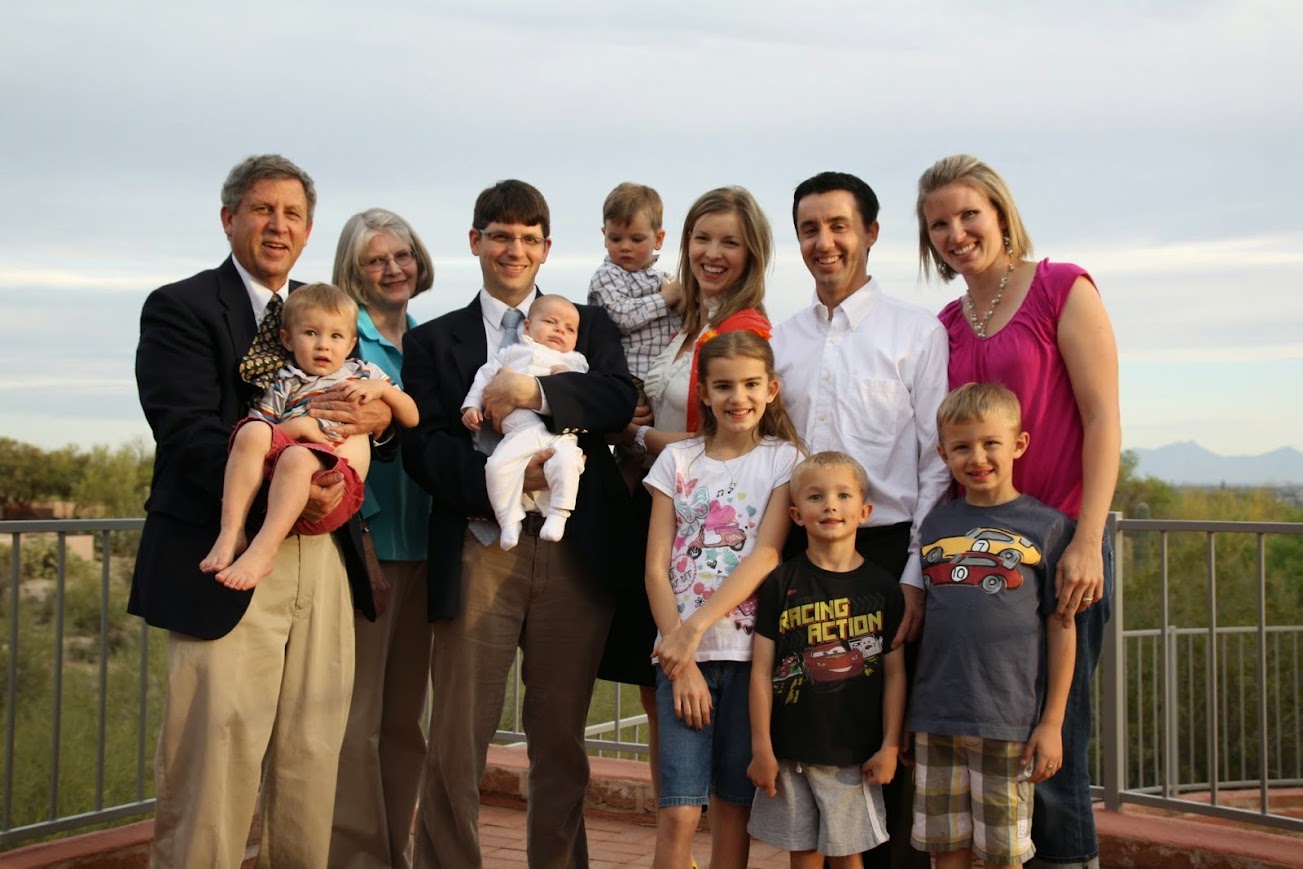 Nate, Beth and a sleeping Holland 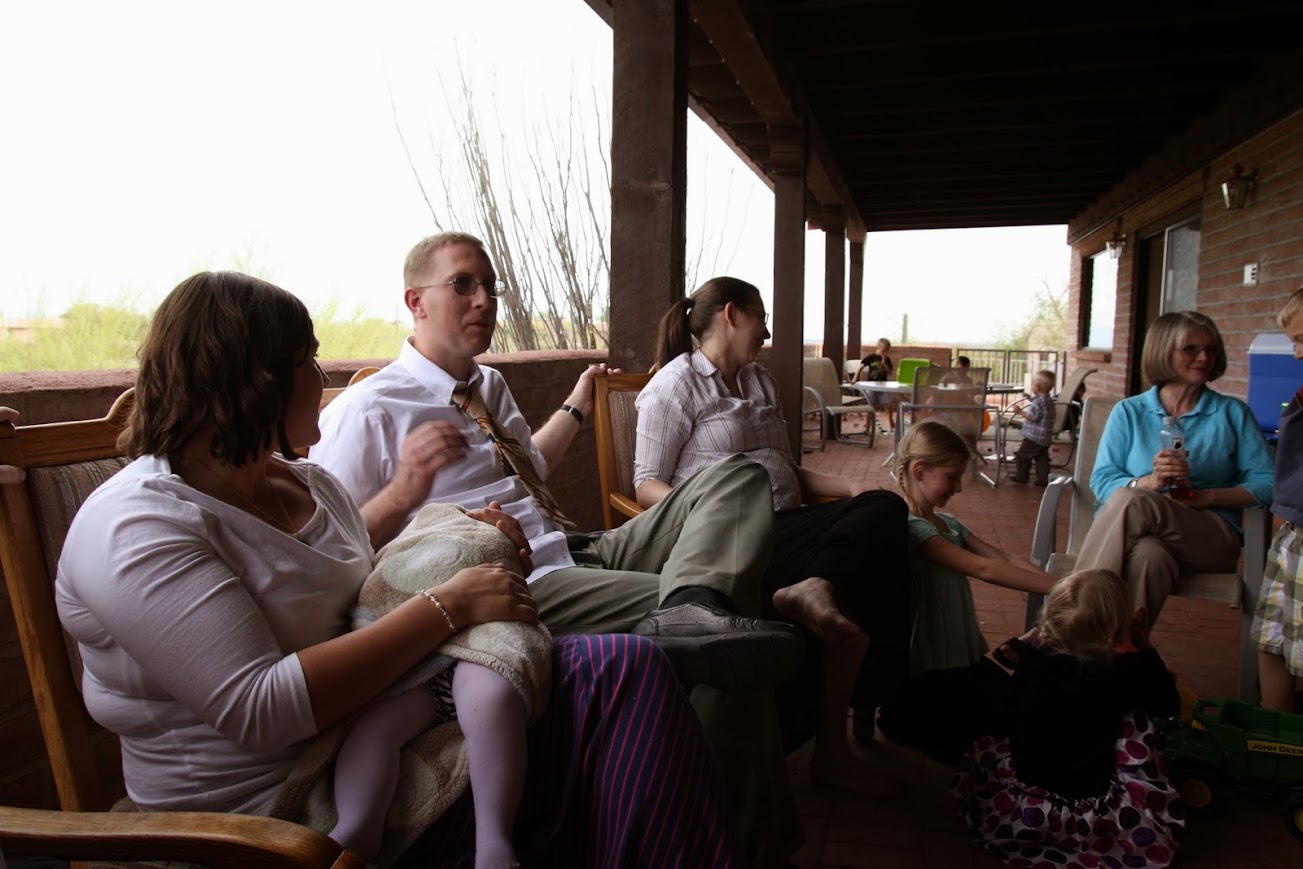 Jay and Miranda (and seated Shirley and Annie)

We got together with the Prices and Davises two times while we were in Tucson and it was so fun to catch up and see how their kids have grown. Being around his two HS buddies brings out a different side of Tom, which I always find amusing. 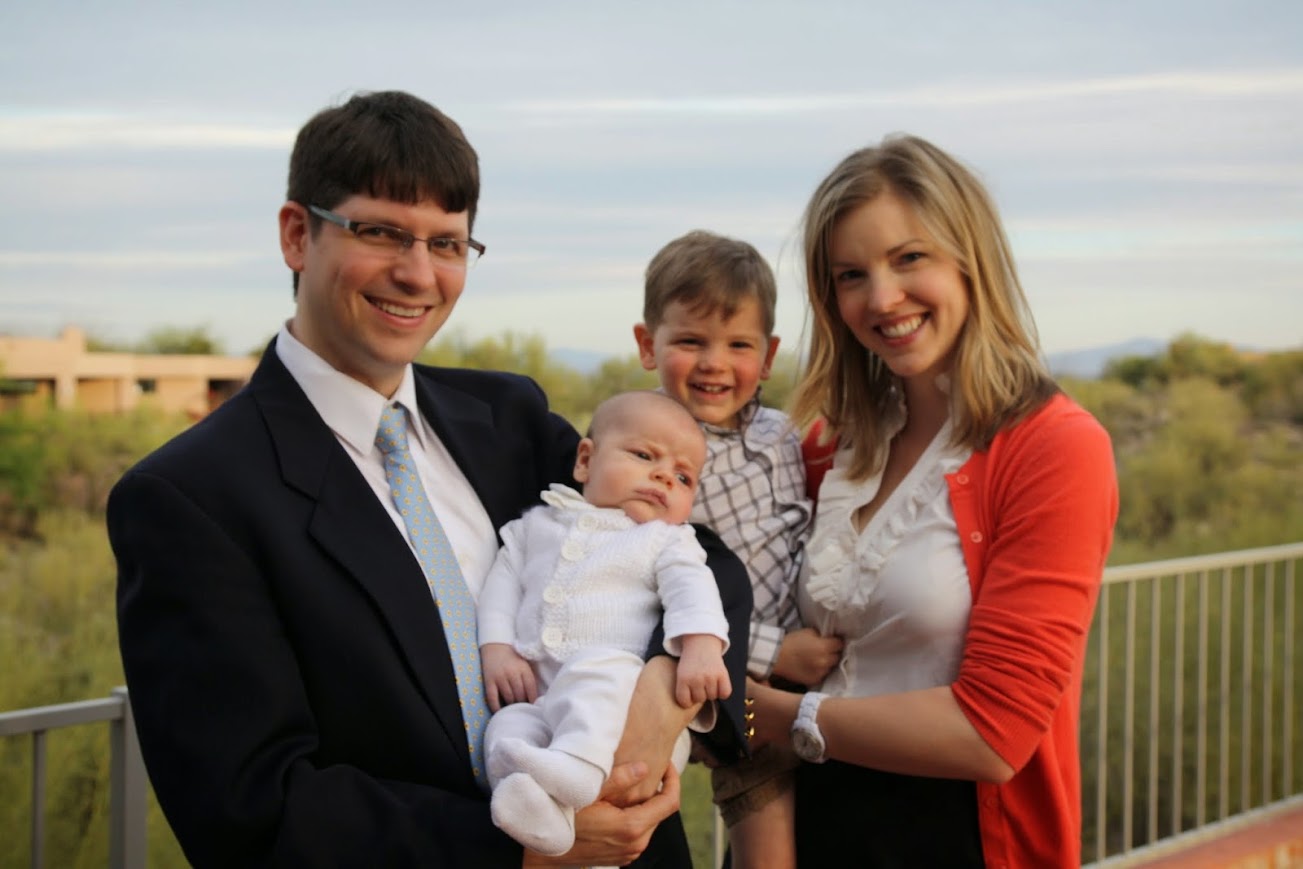 Before Scotland was blessed I felt like I wanted to have more say in what was said. While praying about it, I felt powerfully that I too could pray for my son whenever I wanted. Elder Packer has said “There are few things more powerful than the faithful prayers of a righteous mother.” And so, in the early hours of the morning before the official blessing, I said a long sweet prayer for Anders  as he lay in my arms nursing. The spirit filled the room and my heart, and I wept. What an honor it is to raise a child of God. What a heavy responsibility it is to assure that this sweet child knows of whence he came, and of what he is destined to become!