We just returned from a fantastic visit to Grandma and Poppa Pete’s place. Here’s a few pictures:

The main reason we came up was to hear my youngest sister Dantzel solo with her youth orchestra. She played beautifully, and I beamed with pride the entire time. She wakes up every morning at 5:30 so she can practice for two hours before school. Not many 13 year olds can claim that kind of commitment! I love watching Dantzi play because she has such spunk and personality. Her red dress couldn’t have been more fitting- she’s definitely a passionate player.

Grandma presenting Scotter with one of his birthday presents 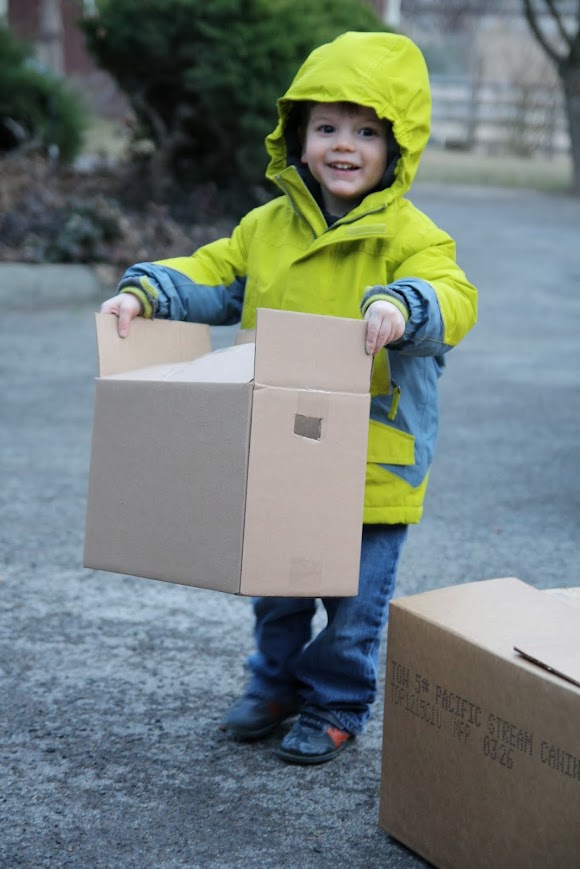 After seeing what was inside 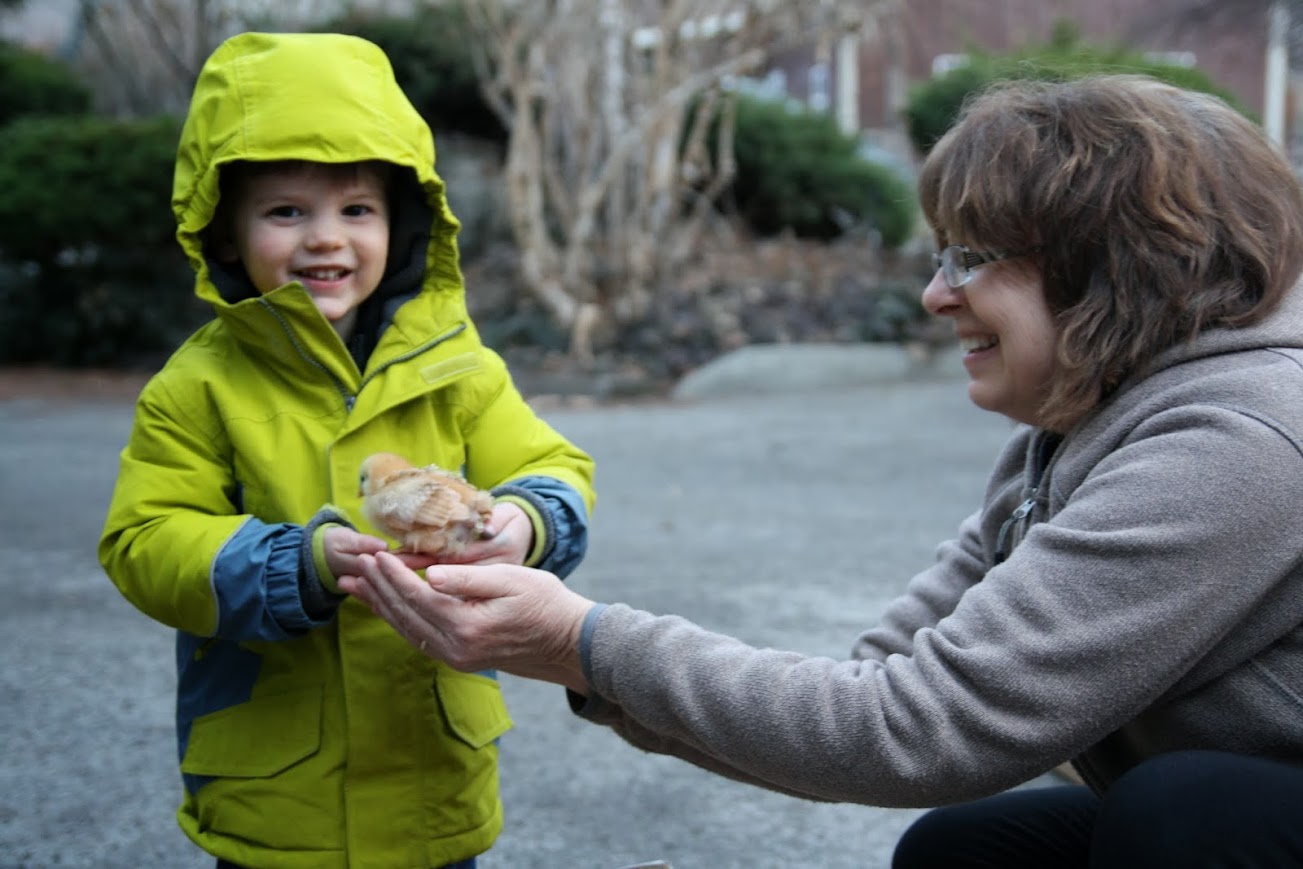 Baby chicks! (To be kept at Grandma’s)

(This picture perfectly captures, Scotter’s impish closed-mouth smile.) Scotter was thrilled with what he called “my birdies.” He would often slip into the laundry room, where they were being kept, first thing each morning to play with them. 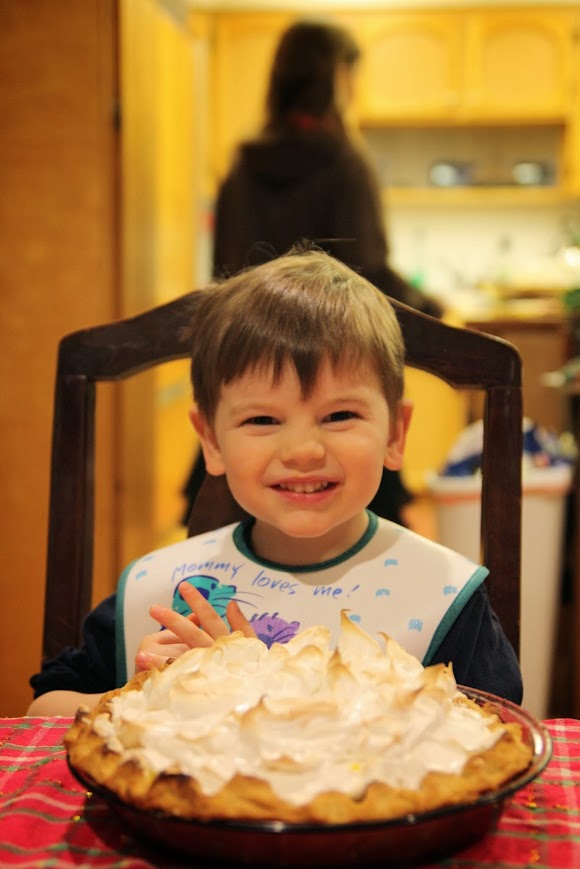 We threw him a little birthday party while we were there. Dantzel made him a lemon meringue pie. His favorite part, I believe, was being sung to. I can’t believe my baby is three! (Tom and I are still yet to celebrate his birthday legitimately. Poor child. We’re just trying to get him used to the reality of life as a doctor’s child- all celebratory dates are flexible!)