Between Sabina and Brigette’s visit was our Pete Family reunion at my folks house. It was such a blast to get all the cousins together, work on some projects for my parents, and spend lots of time laughing and chatting together. I’m feeling slow of speech today so pictures will have to do. 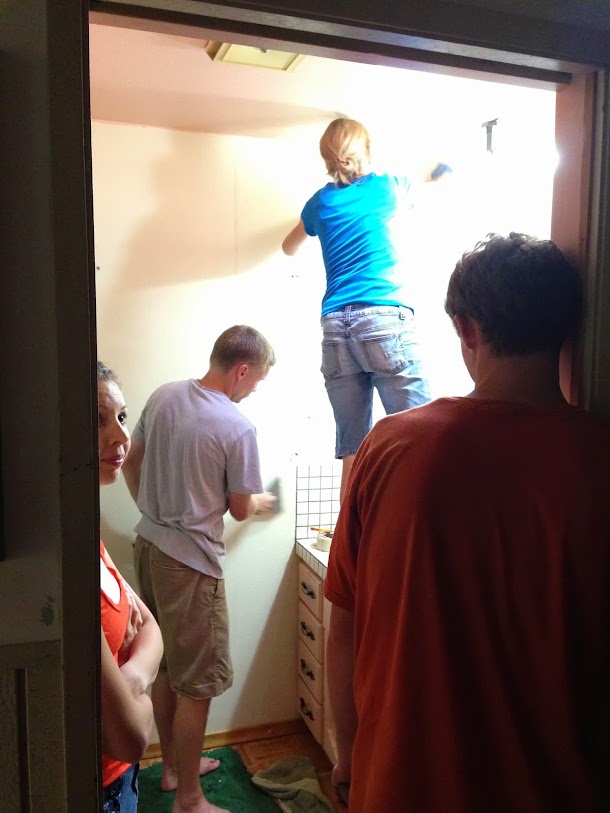 Remember what I said about Sabina and home reno projects? Well she jumpstarted this bathroom remodel while she was at my Mom’s. We ripped out the wallpaper, patched and texture the walls, removed the tile countertop and backsplash, and primed the cabinet. Thanks, mostly, to Sabina’s hard work. 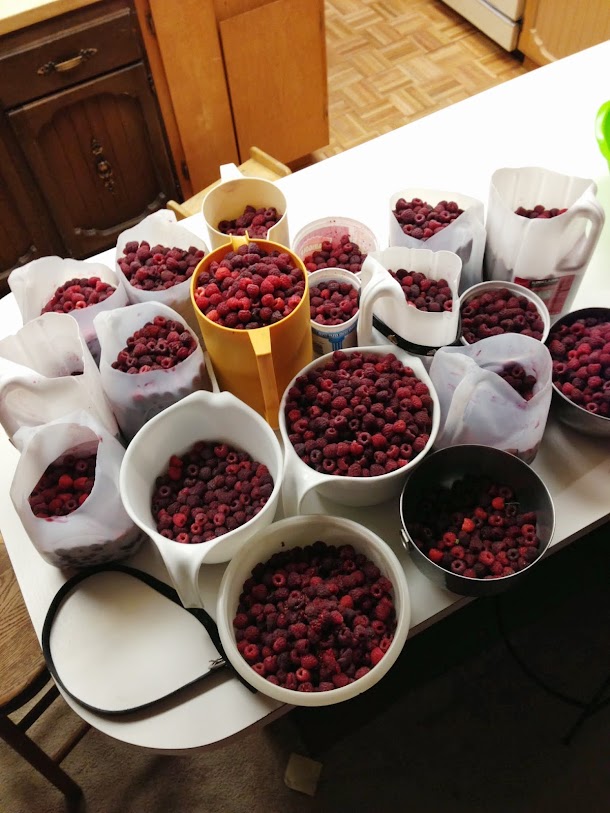 My parents have some friends that own a raspberry field. They invited us over to pick one evening, here’s our bounty! The raspberries were VERY ripe, and made for some exciting times. We didn’t get around to making the jam until a day later, and by that time some of the riper berries, especially those picked by children where they’d also received a fair amount of jostling in their containers were literally bubbling with fermentation! We’re hoping our raspberry preserves will be in accordance with the Word of Wisdom, no alcohol recommendation! 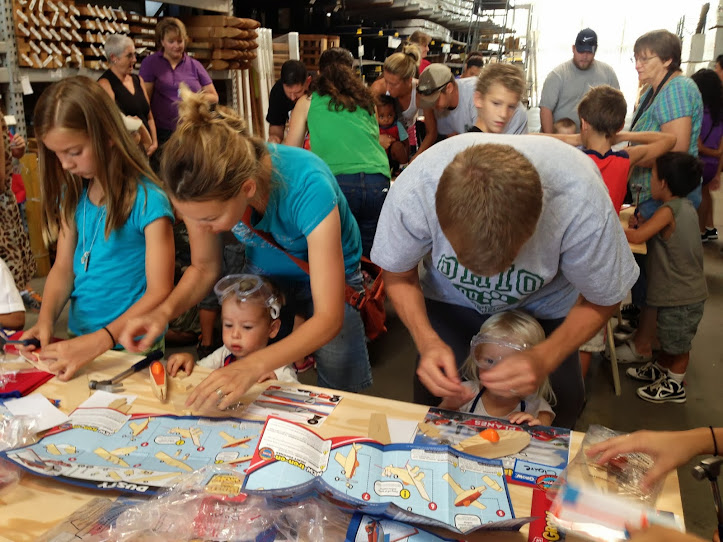 Grandma organized our trip to Lowe’s to make airplanes- which was such a fun activity for the kiddos. I can’t get enough of those saftely goggles! 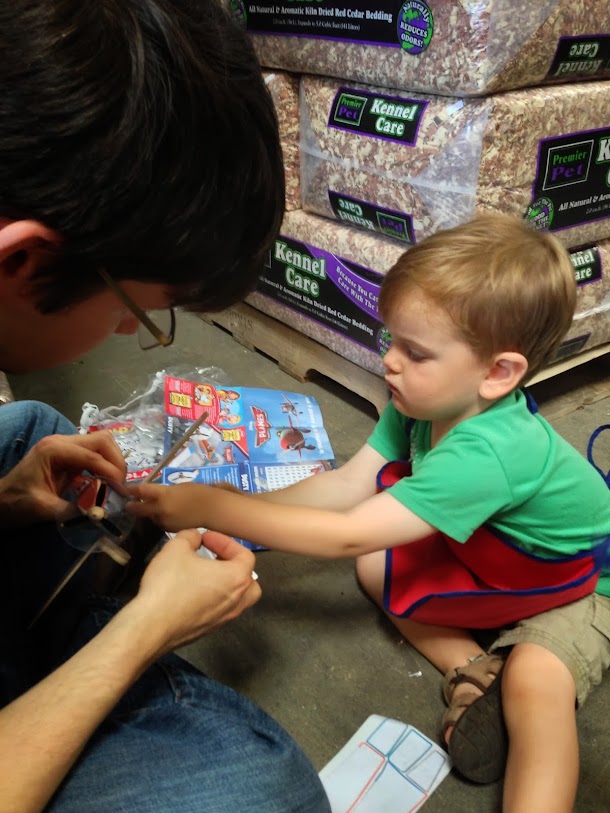 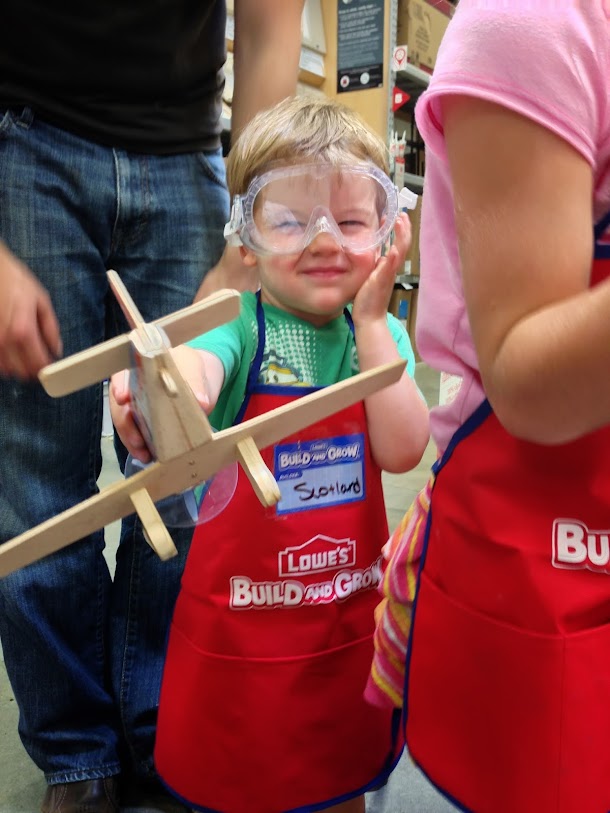 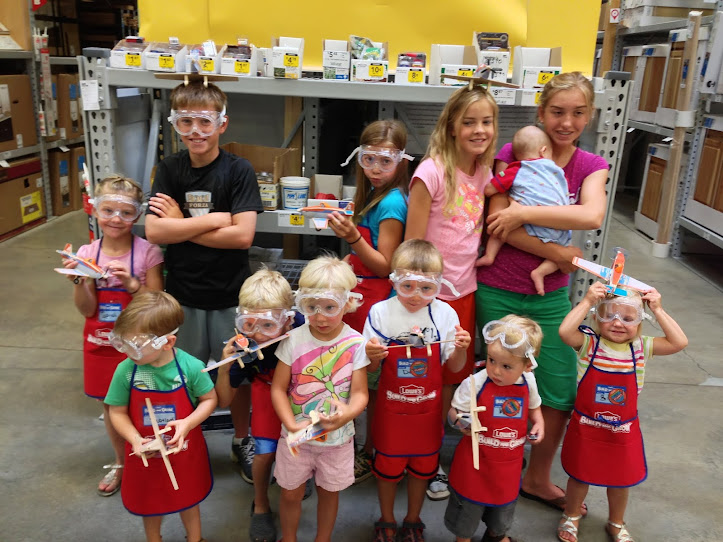 All the grandkids- minus Derek and Audrey’s four. (We missed you guys!) 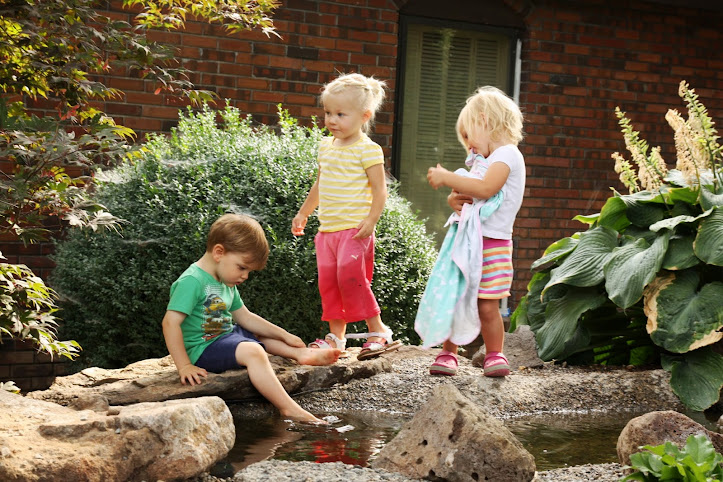 The best thing about reunions is cousin time. Scotland was in HEAVEN with so many playmates. It helps of course that my parents’ four acre ranch provides countless adventures. 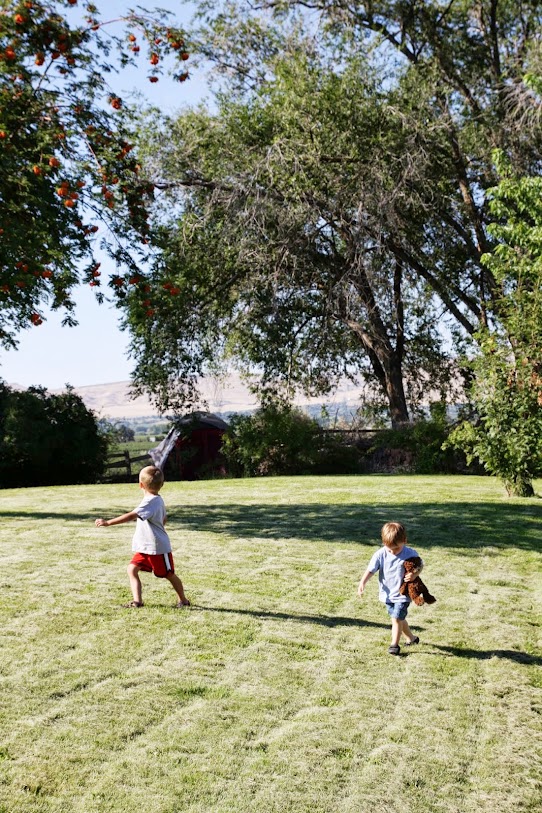 Scotland and Dallin were best of buddies. They were constantly on the go, romping about lost in their imaginative games. 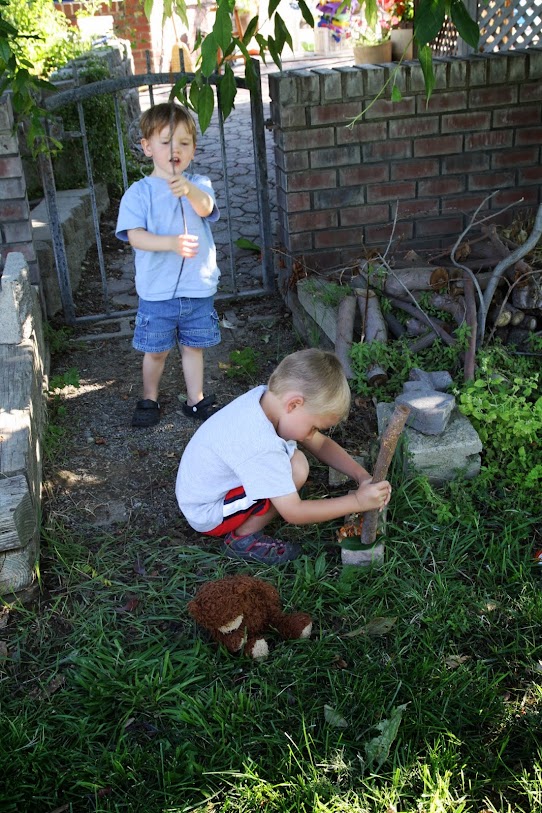 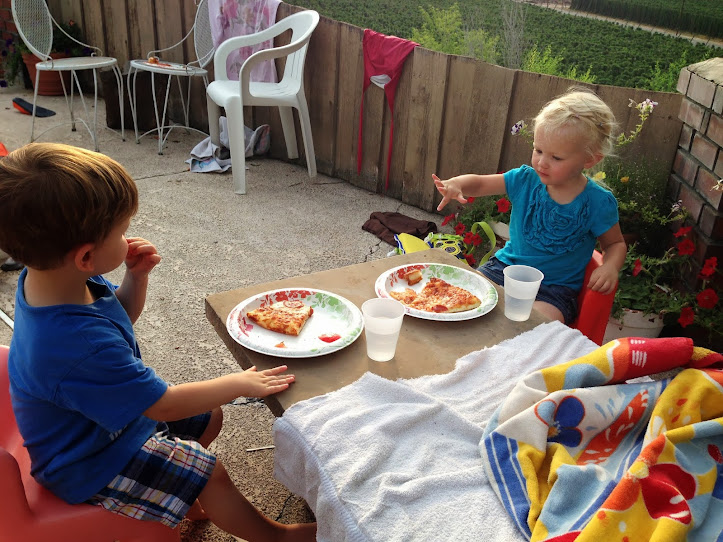 We had a big pizza party to celebrate Adalee getting her driver’s license. Most of the grandkids strated eating outside, but eventually meandered back inside leaving only these two. It was so cute to watch them eating out there together, chatting away! (Scotland and Claire) 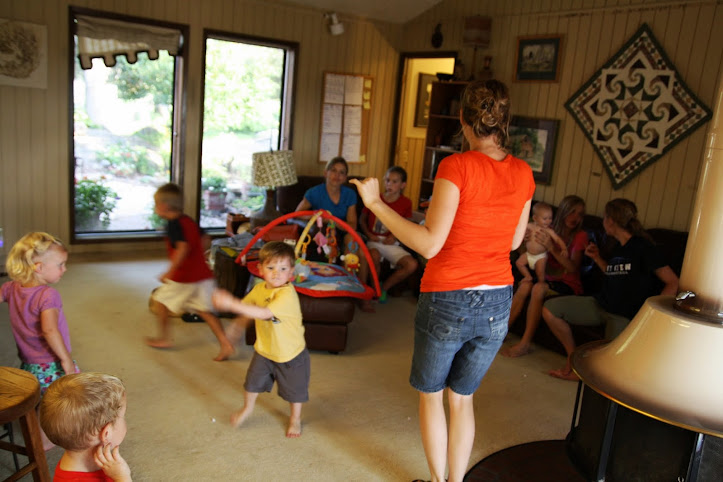 Dance parties were a daily occurence 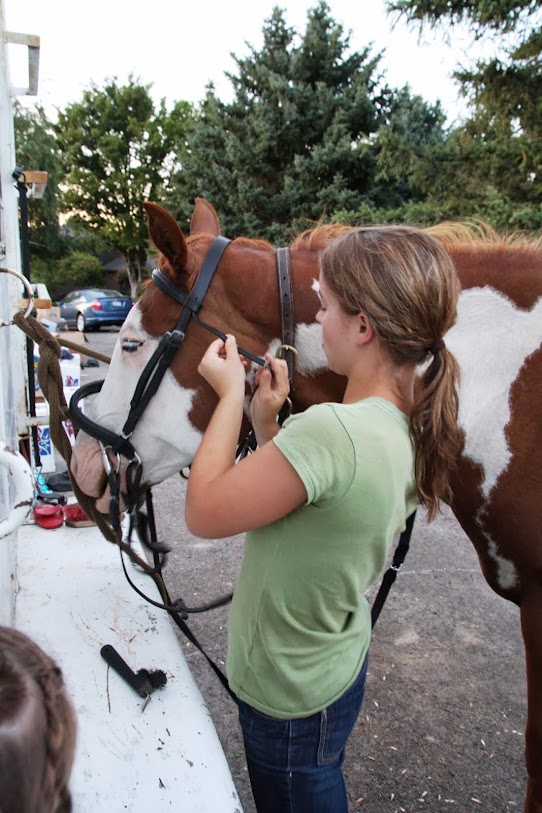 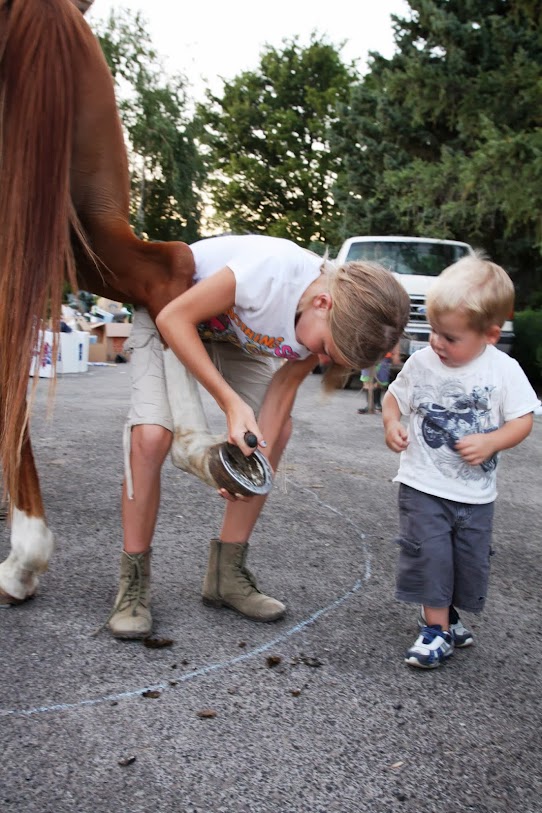 Dantz teaching the kids how to clean the hooves. Keiton was the most interested party. 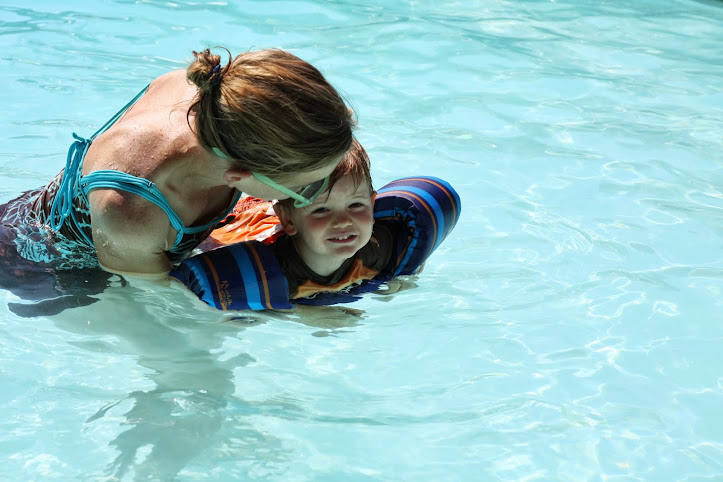 But the primary activity was swimming. Sabina gave “swim lessons” to all the kids each day. Scotland was quite intent on having his swim lesson after realizing that only the kids who got swim lessons got a “swim treat.” He was quite serious about it. It’s very likely this lesson was what gave him the confidence to go of and swim on his own the next day.

On a side note, I wish I could have encapsulated the pride I felt when Scotland decided to jump in and swim of his own accord- and then did so with such joy and zeal. He happily paddled about smiling broadly, eyes sparkling as he would swim up to aunts and uncles and say “I’m swimming by myself!” It was a reminder of the confidence and joy children feel in increased independence. 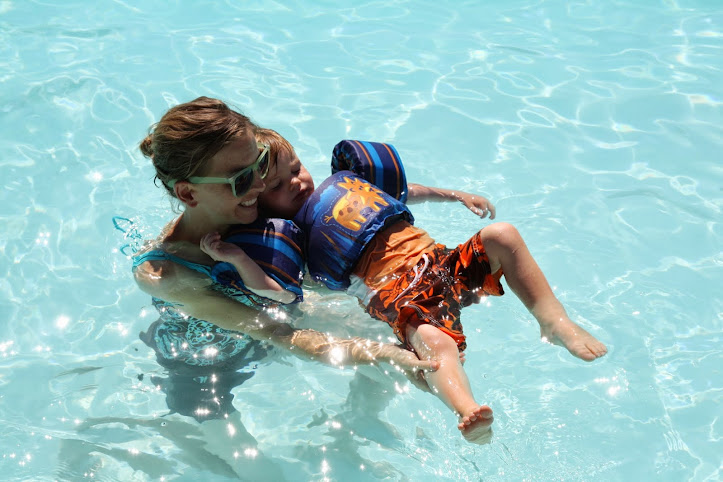 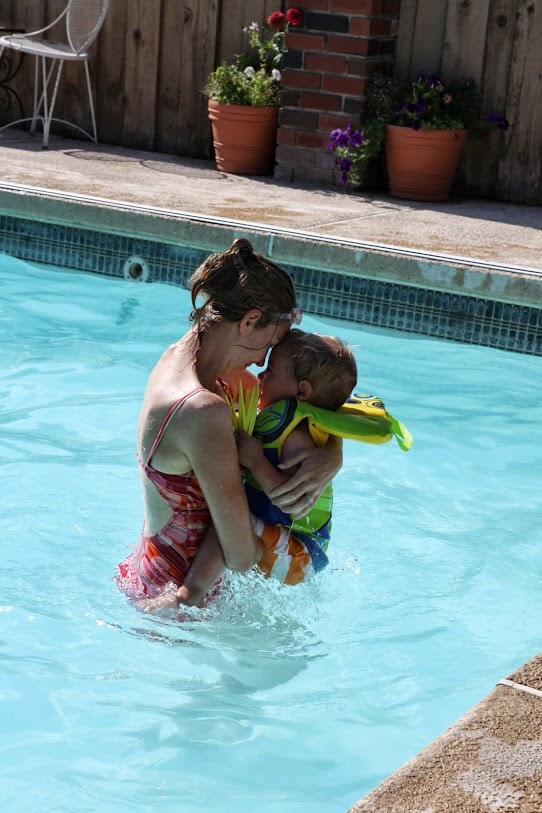 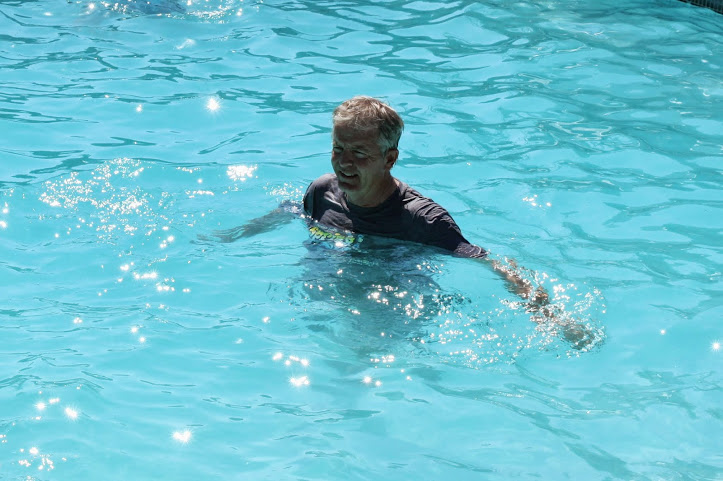 Even my Dad got in the pool a few times. Which is saying a lot, considering I can count the number of times I’ve seen him in shorts on one hand! Grandma didn’t swim but she sat poolside and cheered and encouraged, obediently watching as child after child said “Watch this!” 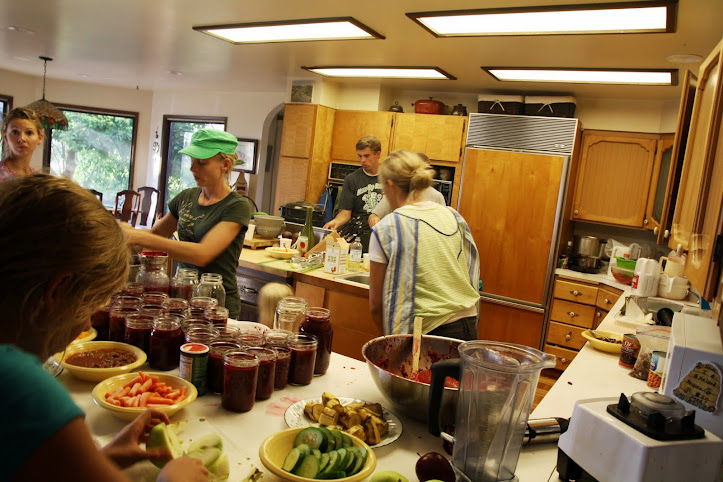 I love this picture because it shows the chaos which was the typical state of the kitchen, and whole house. Here we have raspberry jam prep going on alongside dinner prep, alongside. . . . Feeding 30 people is a trick! 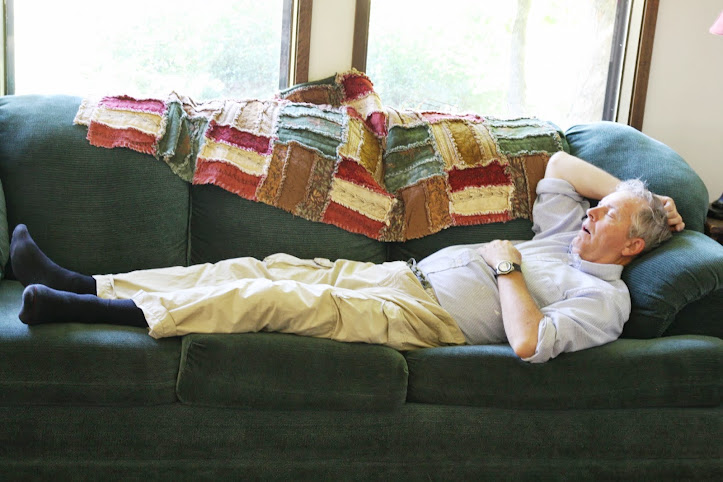 I love this picture because it shows how we all felt at the end of the week. Completely wiped! I was so impressed with how patiently and willingly my parents watched the complete destruction of their house. It was a testiment to me once again of their devotion to their family. They invited us all in, knowing full well of the chaos that would insue. Because they knew that when the memories of chaos had faded the feelings of love and unity would prevail.