I keep having these moments when I watch Chiara do something only a “big girl” could do- like climb up a step stool to wash her hands, or give another baby a Paci, or make jokes that crack her brothers up, and it hits me, my baby isn’t a baby anymore! So, an update. So I can remember. 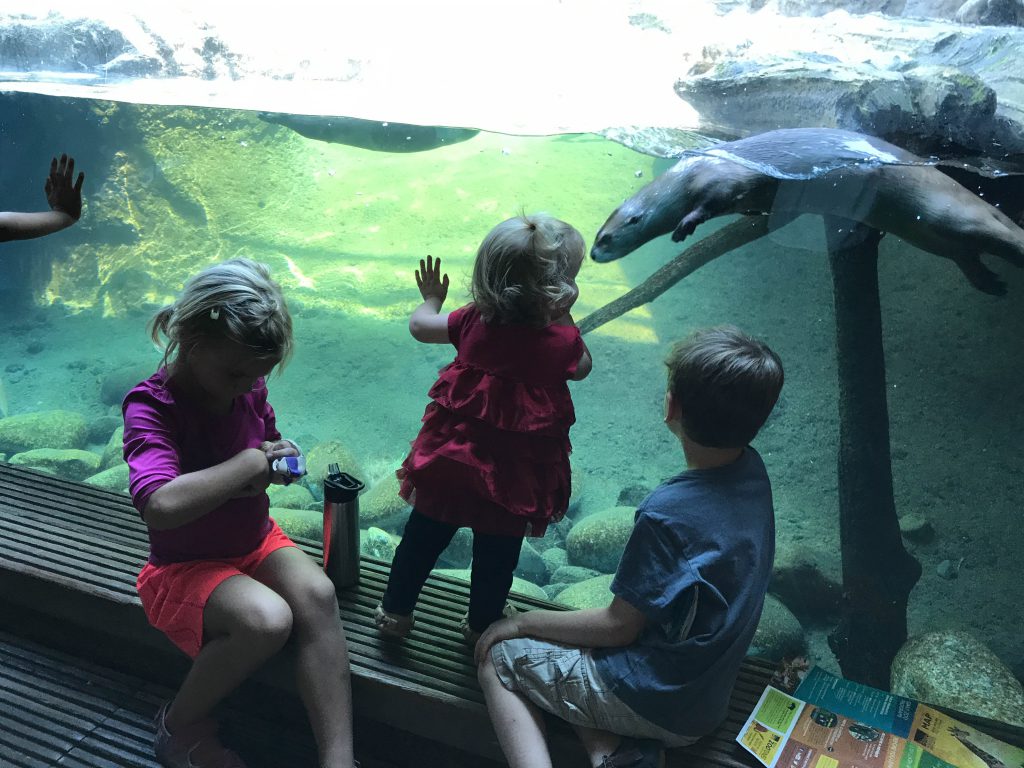 The largest change has been her desire to communicate. She is signing with her hands, speaking more words, and more than anything making constant facial expressions! This is a girl with a flare for the dramatic. She’ll often scowl, just for effect, and then smile and through her head back with glee afterwards. She likes to look out of the sides of her eyes, or lower her eyes and look up through her lids. She has gained great common of both her eyes and lips, and is often impressing us with her new use of them!

She’s discovered and embraced the power of the step stool. She now likes to join me when I’m baking in the kitchen, likes to get up to the sink to wash her hands, or just climb up to explore what’s on the counters. (Sigh!) 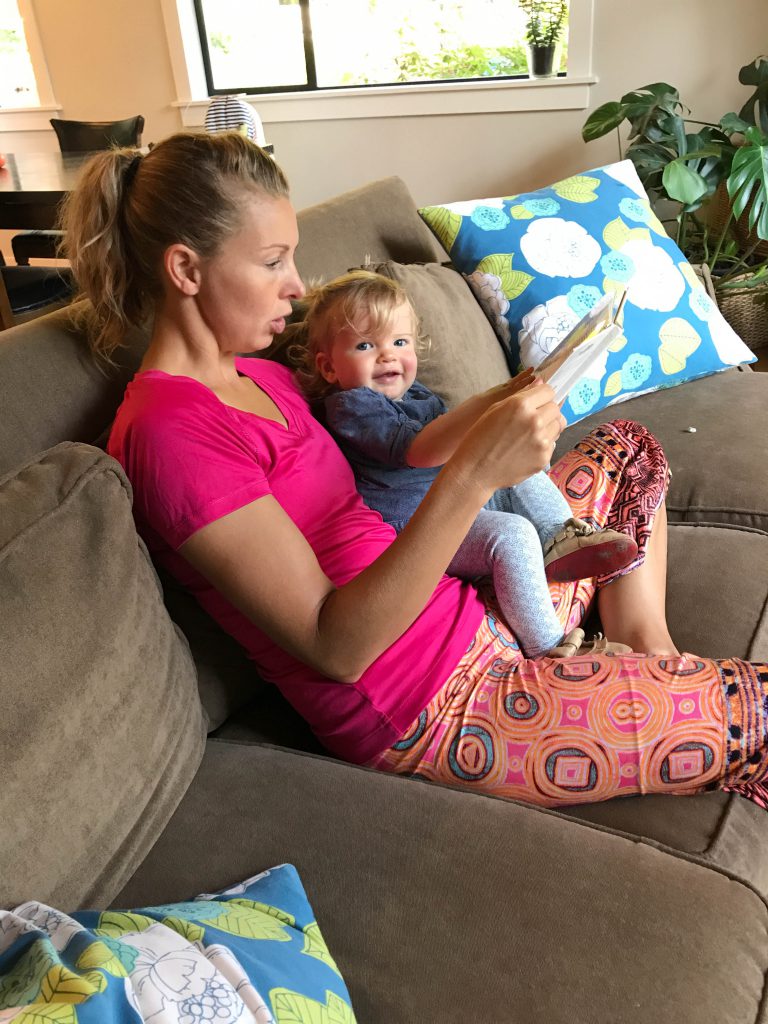 Chiara continues to LOVE books. She will often bring one over to me, then gesture for us to move to the couch- my designated reading spot. I She loves to curl up with me and point to all the animals, birds, and flowers. She’ll sign all the words she knows and squeal loudly and point any time she sees something of interest. One day she picked out a large pile of books, and it was so hilarious watching her try various methods of getting her six or seven books from the bookshelf to my lap. She tried stacking them, but she didn’t have enough balance, she tried holding them horizontally but they kept slipping out. She eventually gripped three in one and and three in the other and worked her way over, dropping and picking up as needed. 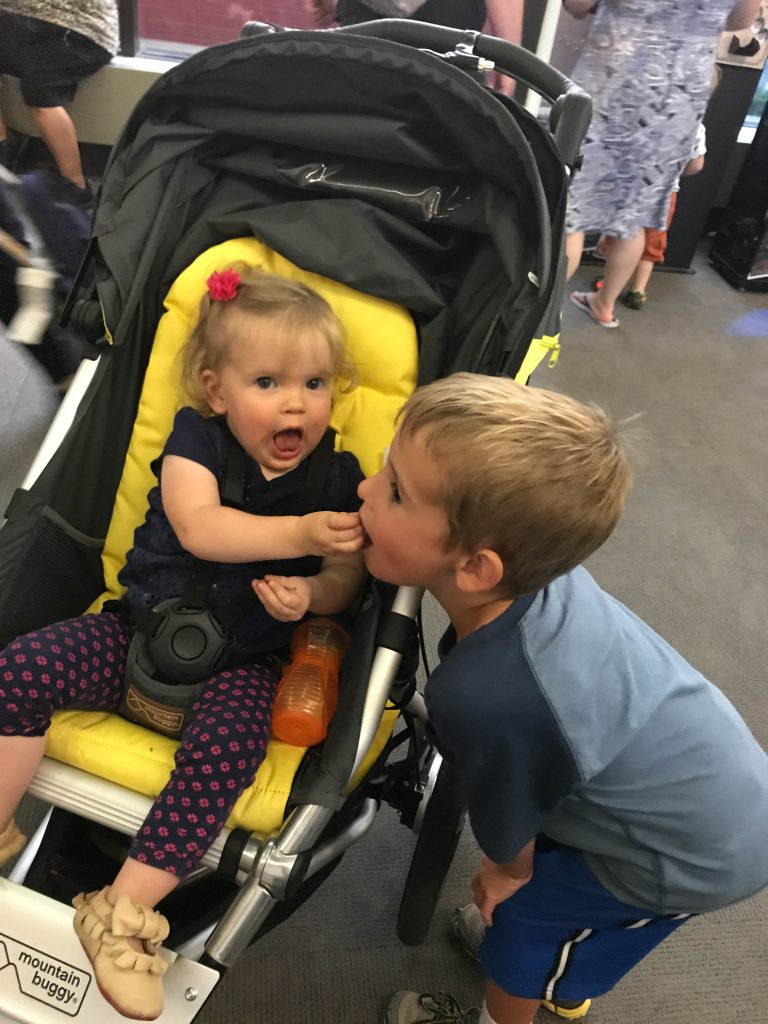 She is moving out of her anti-social stage. She will now wave and say “Hi” or wave goodbye. And will smile and flirt with people around us. She tends to be warmer with men then women.
These days, Chiara is about as likely as her brothers to be running around the house wielding a sword, protected with a shield and helmet. Her brothers LOVE when she joins in their play and will pretend to run from her, or gently duel with her.

One of the most joyous progressions has been her comfort with her brothers. Scotland has been more playful and gentle with her of late, and she has taken to her quieter pattern. Several times the past two weeks I’ve been able to say, “Scotland will you take Chiara and play with her for a few minutes while I finish this project?” (I’ve been painting our front door, a tricky one to have a toddler assist with.) He happily agreed and invited her down to play our out to ride bikes, including her in his play, and comforting her when she needed. It’s been so sweet to see, and SUCH a help. She’ll give the boys hugs at night, and sometimes just go up to them to cuddle of her own fruition. 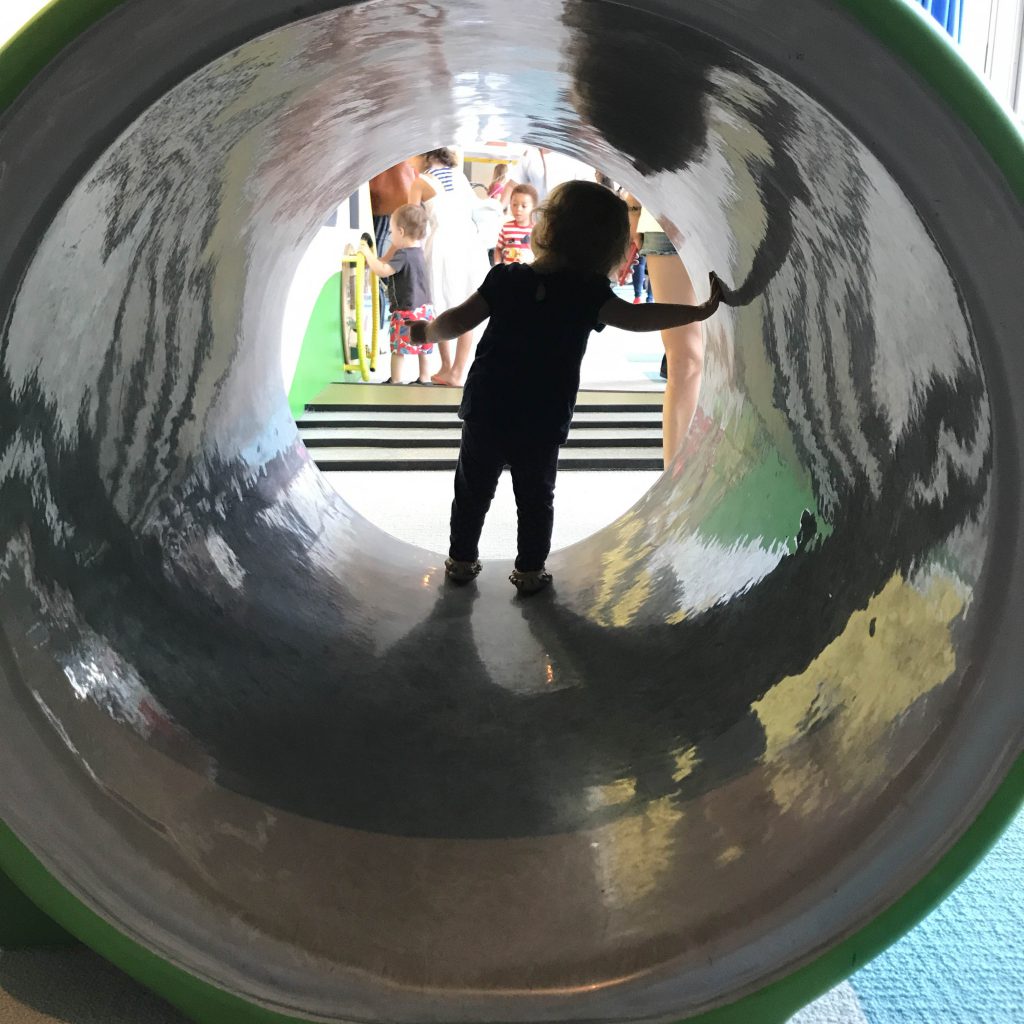 Words she’s saying are: Momm-ee, Daddy, Shooz (shoes), “Shoes on!”, Ahwahnsum “I want some!” She’s also used that as a question- offering me food and saying “Ahwahnsum?!” Zeezuz (Jesus), dog, uh oh!, wow, Owee! (She will often yell this at the boys or another child as an accusation of hurting her. “Owee!!” I swear she’s said “Stop!”  before. Peez (please), Cheez (cheese, yeah, No (in varying volumes!). Now if she squawks and complains, I can say “Chiara will you please use your words?” And she’ll sign something instead. Usually between signing and using yes no questions I can figure out what she needs. But thanks to her increasing communication her tantrums have decreased substantially. She signs: Drink, water, eat/hungry, kitty, dog, rabbit, up/pick me up/I want out, Hold me, bird, diaper change, and then she does a lot of pointing to indicate her wants.

Chiara Loves shoes. She will often request to change hers a few times a day. She also requests that her hair be done, and if she had her way she would wear #allthebows. The above picture was from a sweet afternoon when Scotland helped get her up from her nap. He thought it would be fun to “dress” her (though she was dressed), So he opened up her drawer and let her pick, she picked this skirt. He then led her to her closet and apparently she picked out these shoes, and these hair accessories. He happily obliged.

She’ll now join the boys for their racing games up and down the hall. They also play chase. I’ve been so impressed by the boys willingness to be slow and gentle or change their game to include Chiara.
Scotland will often ask Chiara if she wants to dance while he plays the piano. She’ll come over to the rug and twirl and run and stop or back bend over the couch as he jams. And he’ll cheer “Go Chiara!”

I let Chiara pick out her own books at the library a few weeks ago. I was surprised that she understood the privilege! She was thrilled with “her” books, and wanted to read them everyday. (The boys had each helped her pick one, and they were equally proud of their thoughtful selections. One was a book on baby bunnies, the other on baby animals.) 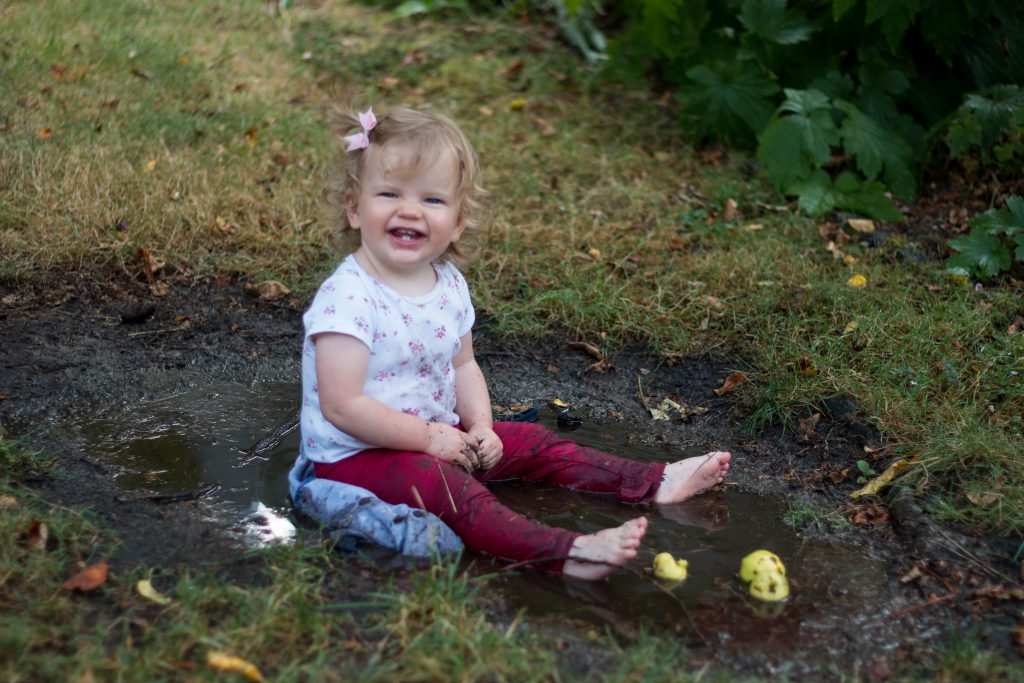 She loves bugs, and her instinct is always to hold them. One day while I was nature journaling she was watching a patch of ants with her cousin Tells. The two of them would place their little pointer fingers to the pavement until an ant walked up, and then they’d squeal with delight as it crawled all over their hand.