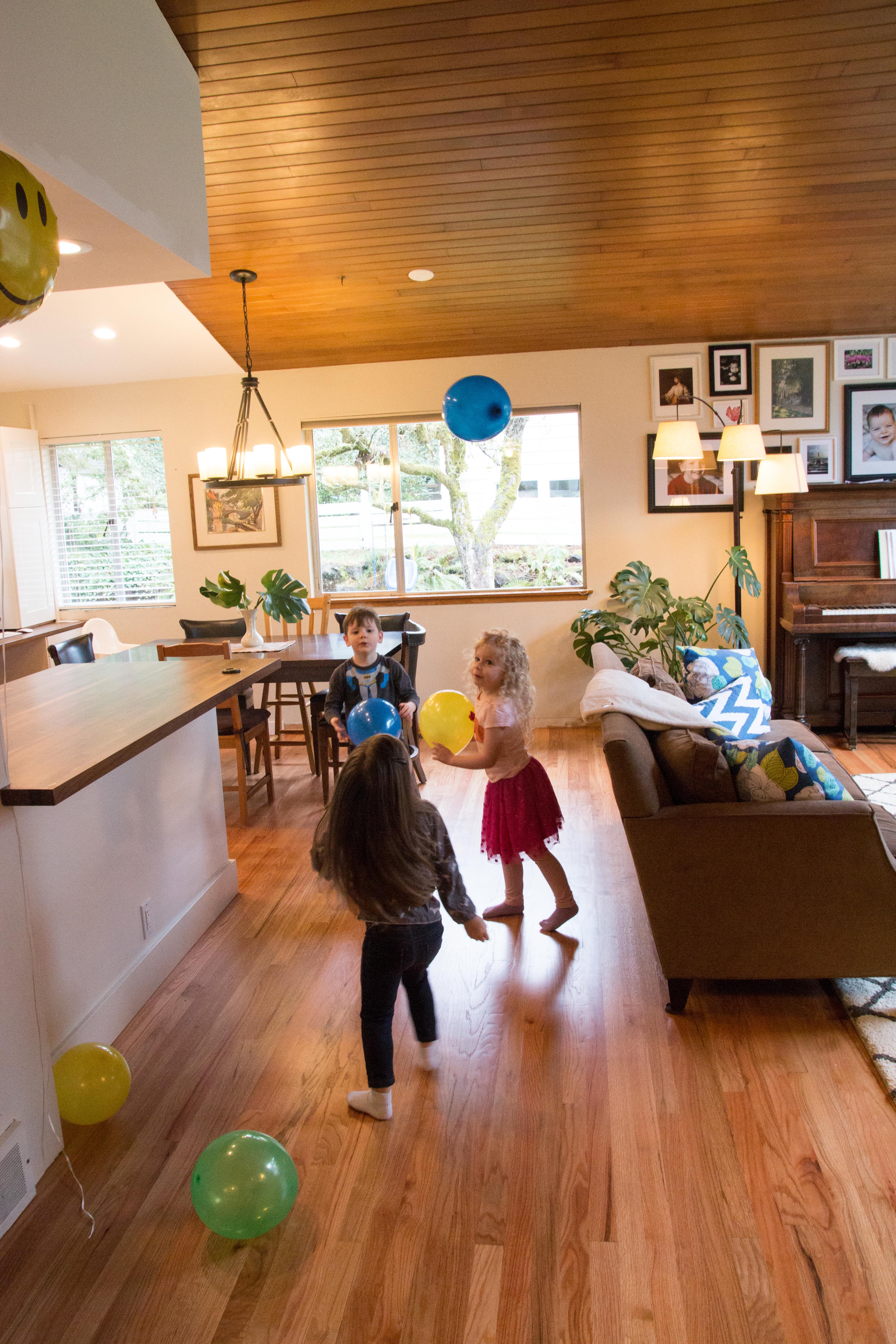 Scotland has his first friend party this year. He invited eight of his friends. After much discussion we settled on a building theme. We built a huge fort downstairs, and then set out the marble track, duplos, and legos for the kids to build with. We made marshmallow catapults and saw who could shoot them into their bowl, enjoyed a decadent chocolate cake and ice cream and opened presents. It was simple, but successful, I think. All the kids seemed to have a good time. 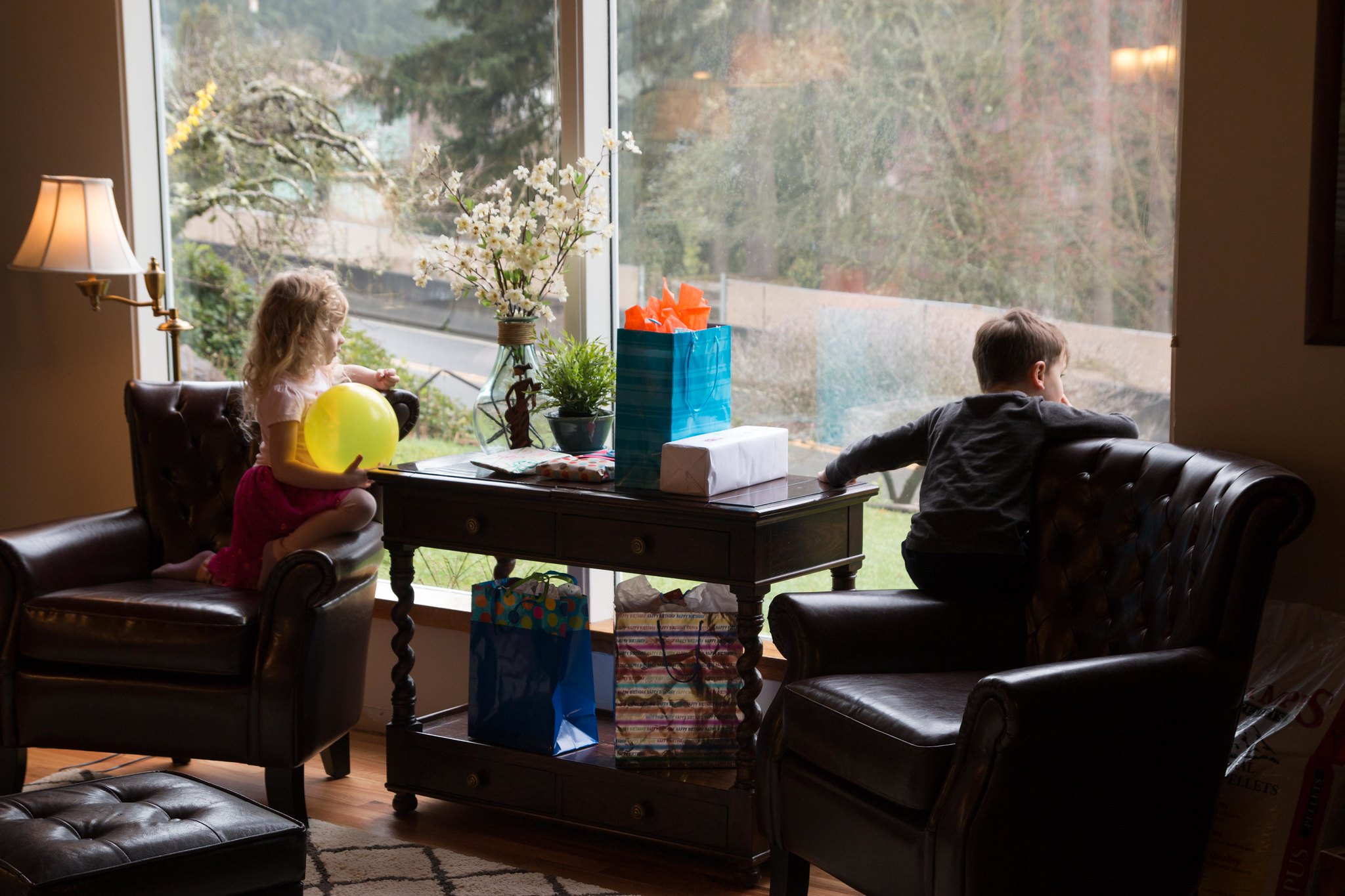 I was touched by Scotland’s attempts to be a good host. Giving everyone a welcome hello and hug when they came in, looking them in the eye and saying thank you when they handed him a gift, and making an effort to play individually with each friend. There were a few emotional break-downs, but a quick chat with Dad resolved them. (I’m not sure it helped that he was up at 3:30AM in anticipation!) 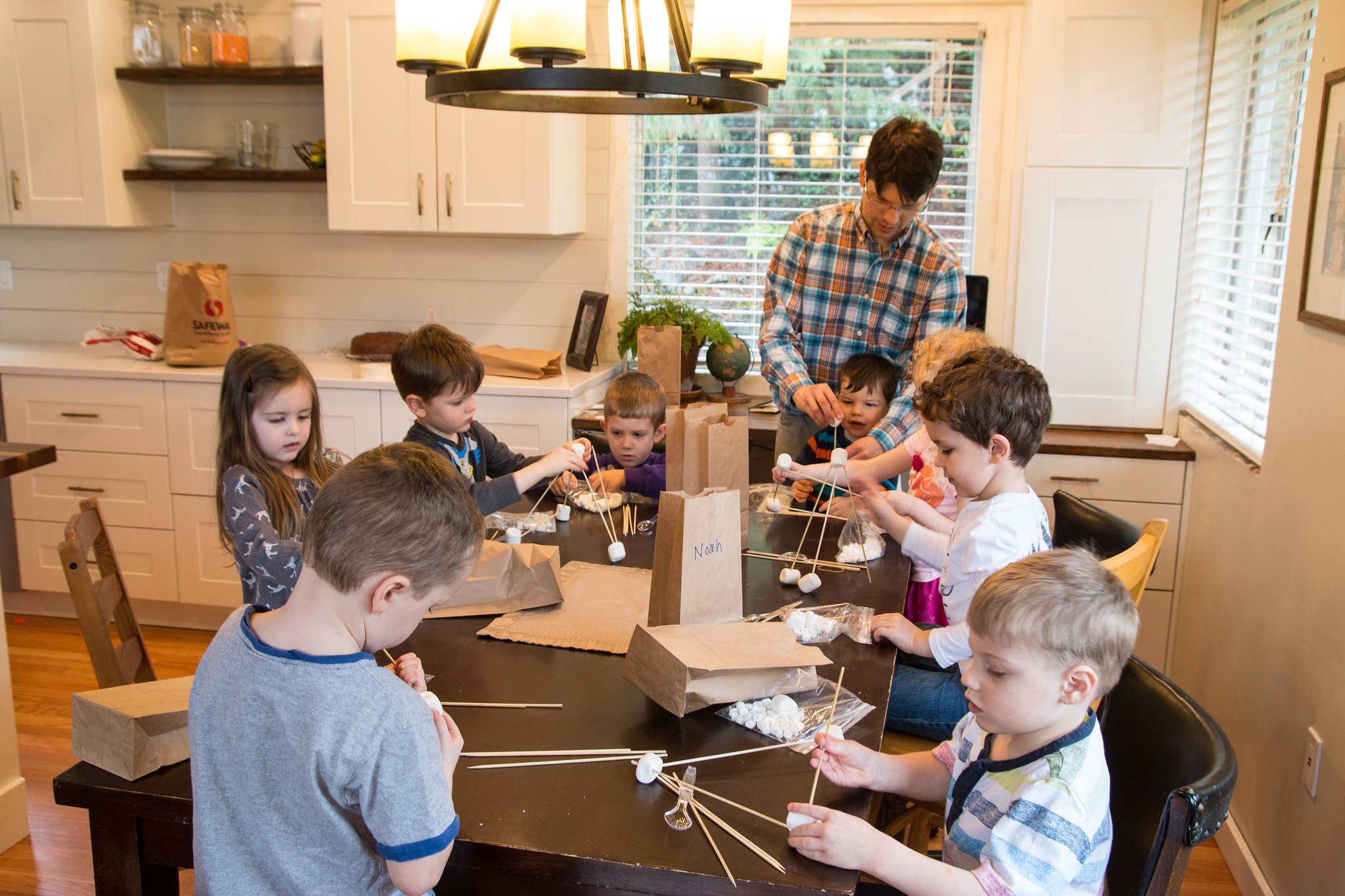 I was nervous about these catapults because they were a bit fragile for kids of this age, but their quick assembly and tasty potential made them a huge hit. (It was an interesting to observe how successfully or unsuccessfully the children passed the “marshmallow test.”) 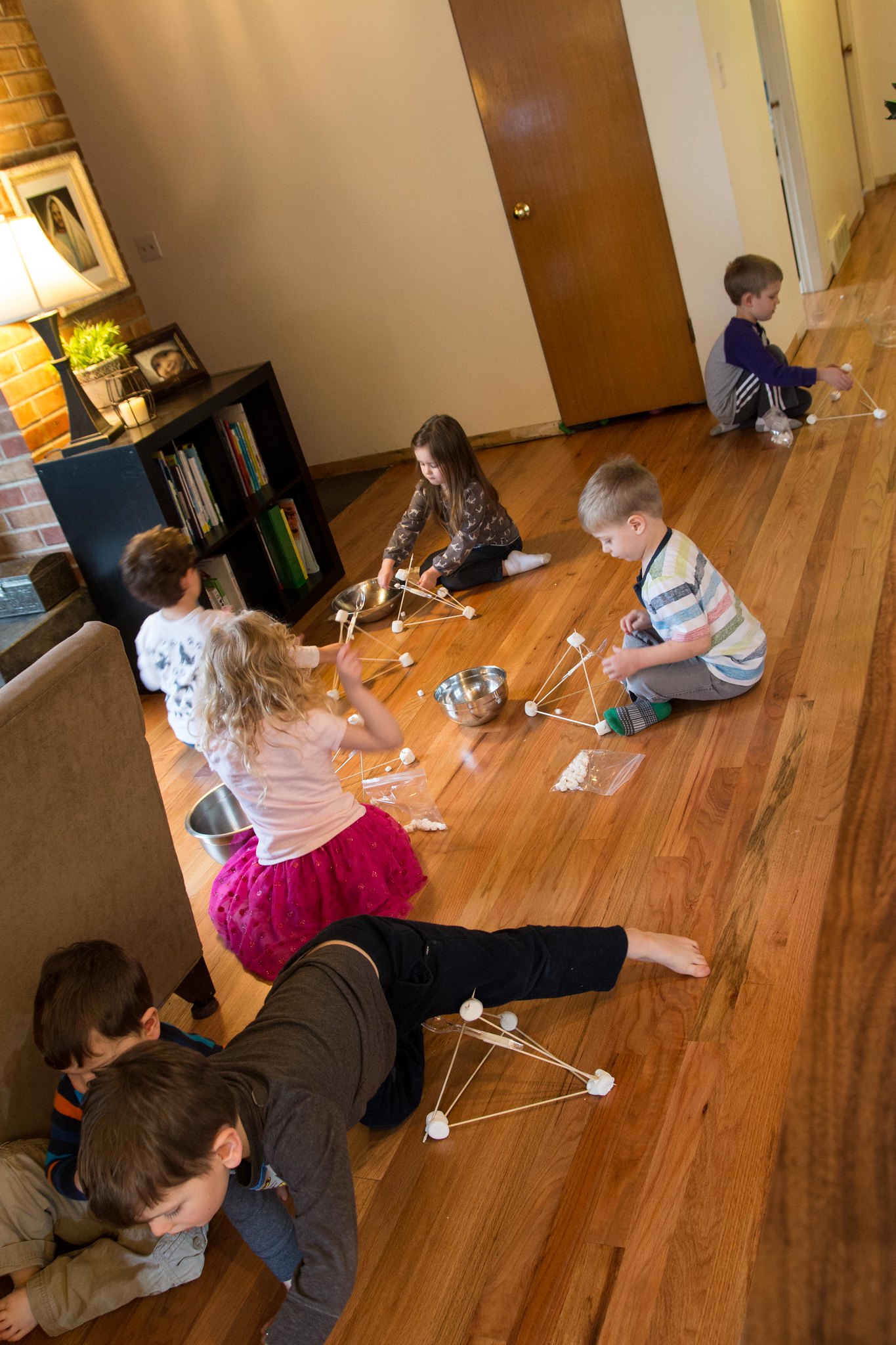 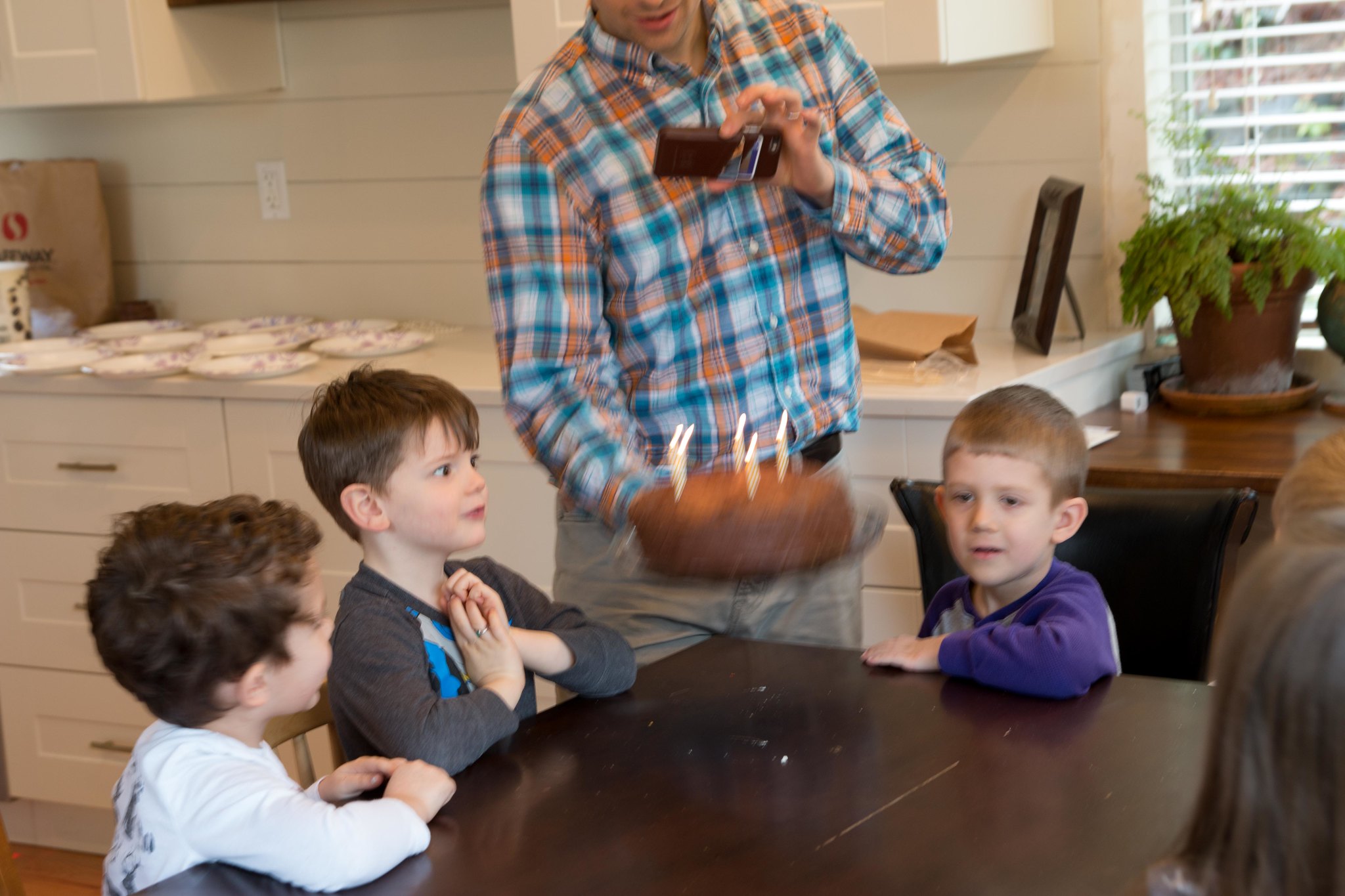 Dark Chocolate cake- Scotland’s request. We still need to make the raspberry sauce he wanted to go with it! 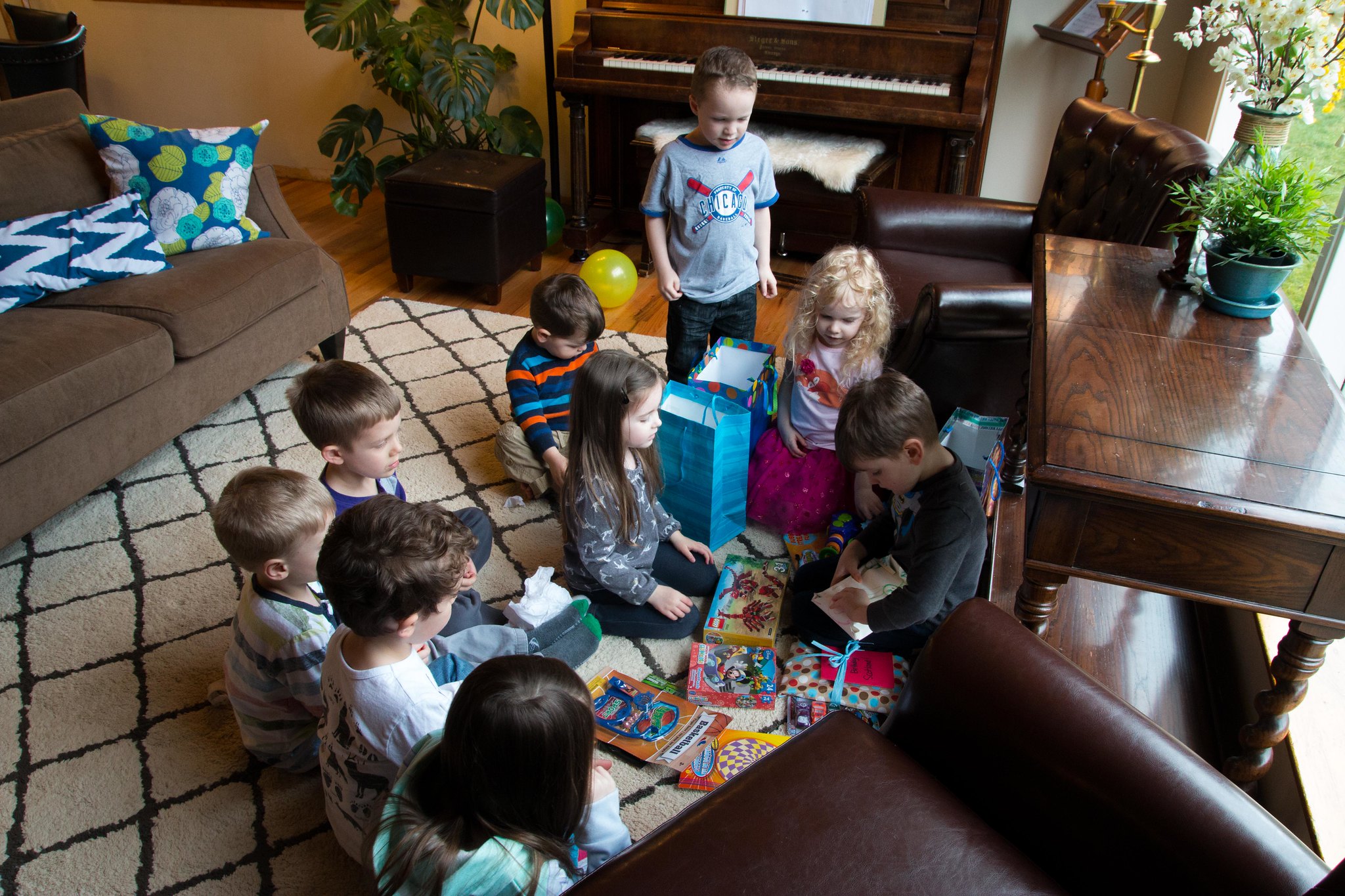