One of the perks of having my in-laws in AZ is that I get to see my oldest brother, Derek and his family often. We always tack on a few days so we can hang out with the kids and chat late into the night a few times with Derek and Audrey. This time we also got to watch Eli and Owen play soccer, got a private concert from Ryanna, Owen and Eli on the violin and piano, and I got to go on a 12 mile bike ride alongside Derek- as he ran, (his lost long run before a half marathon the next weekend.) Scotland and Caleb held inflatable shields and swords of some kind 85% of the time we were there. And Derek got Anders to start really walking. 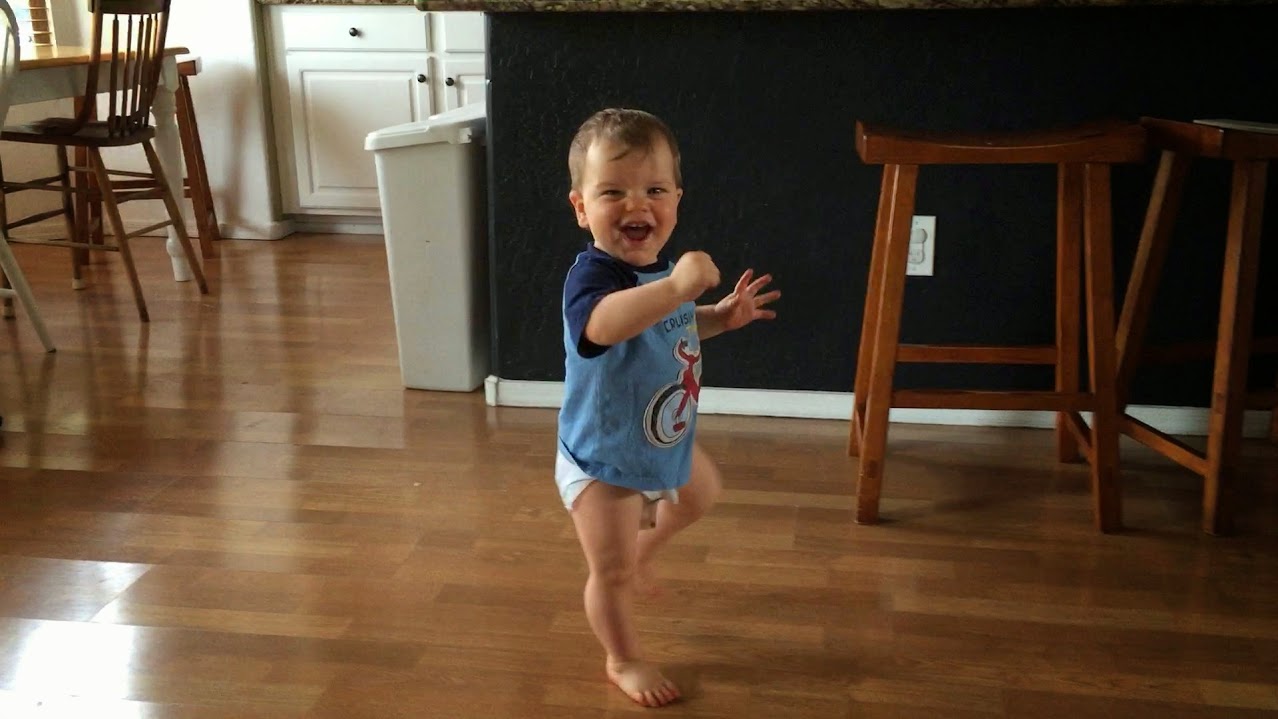 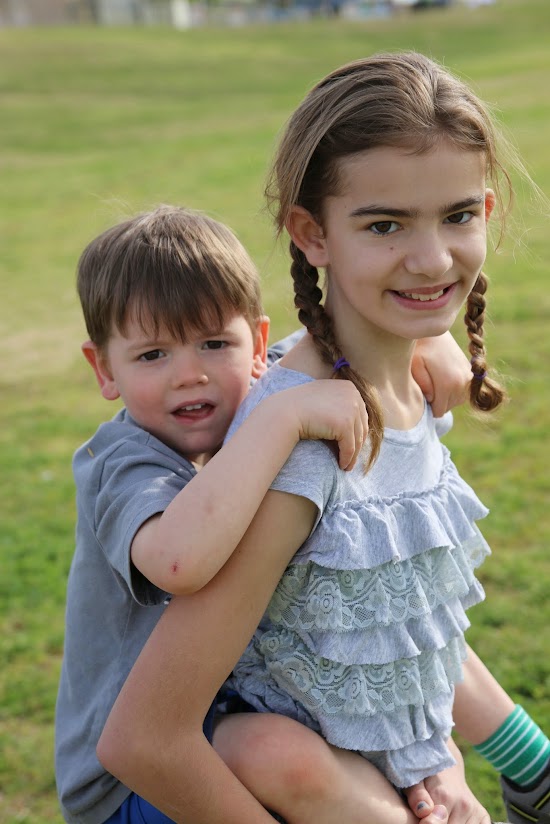 I was so impressed with Ryanna on this visit. Her helpfulness around the house, her sweetness and creativity in entertaining and caring for her brothers, and how often I saw her holding Anders really warmed my heart. She’s a “little mother.” Here she is pictured after carrying Scotland back from their “adventure” while I watched one of her brothers play soccer. 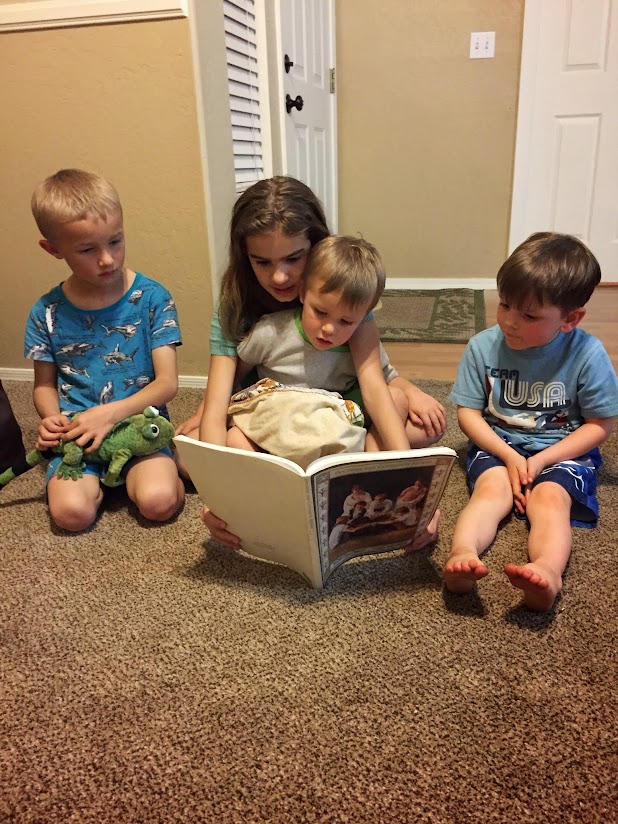 Reading scripture to the boys. 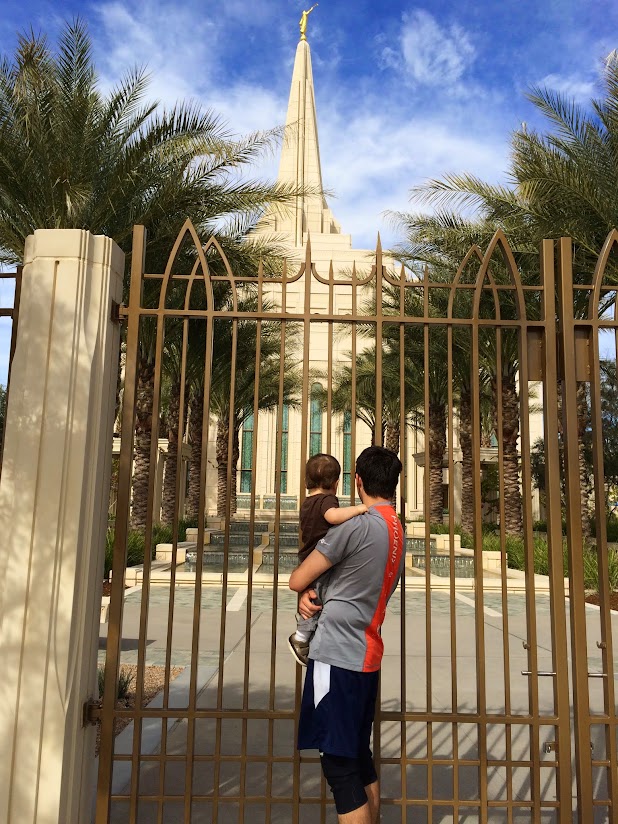 Derek took us to see the Gilbert Temple. Unfortunately, it was closed for cleaning so we could only enjoy the grounds from outside the gate. It’s a gorgeous temple. I’m going to have to schedule a visit in next time I’m in town! 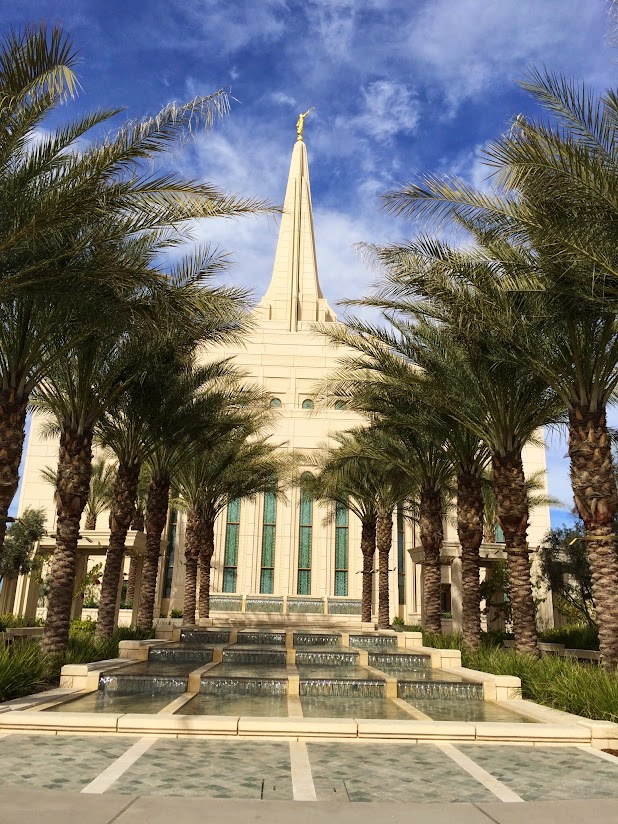 I had such a lovely time riding my bike alongside Derek’s run. Even though it felt terribly silly. (I wish I would have been in good enough shape to run alongside him.) I always love talking with Derek. He’s insightful. He asks propping questions, and I always leave with something to ponder. 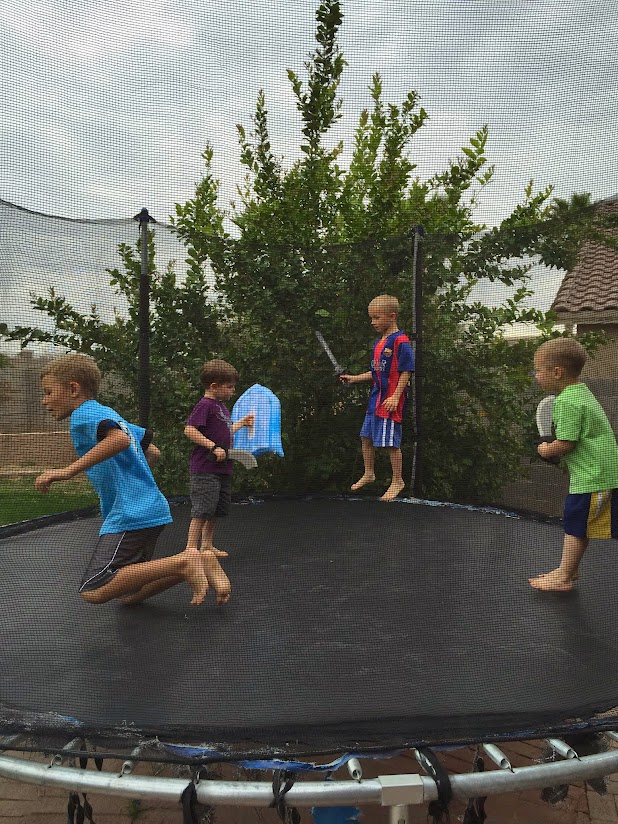 There was a lot of boyness going on while we were there- foam swords and inflatable shields rarely left Caleb and Scotland’s hands. Scotland has fully embraced the imaginative world of heroes and bad guys. As a result there is more and more play combat and even “killing.” My guts twist every time I hear my sweet little boy say “Watch out! He’s trying to kill you.” Or even hearing that he’s personifying Wolverine. (The “boys” have informed me that wolverine is a good guy, but he sure sounds nasty!) I’m at a total loss as to how to handle it. We talk a lot about what it means to be a hero, and Scotland is very passionate about always being the good guy, he loves “saving people” and “protecting people.” Those are both wonderful things. I try to turn his active imagination towards discovery and exploration, but “bad guys” always emerge. I’ve read several books about “boys,” so I know that such play comes with the territory, I just wonder- when is it too much? 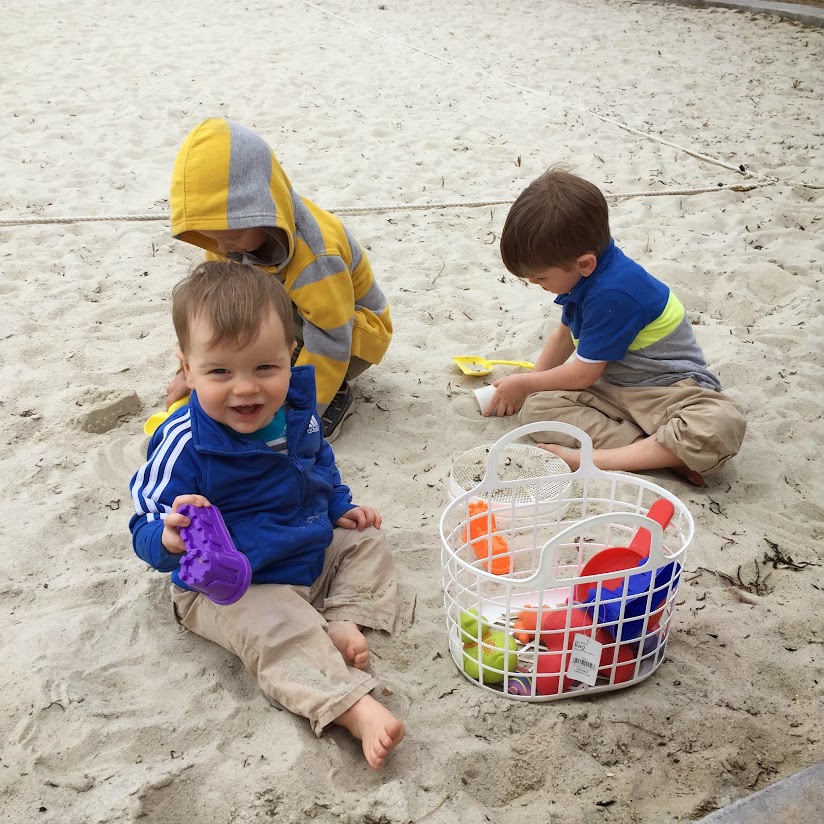 The last morning we were there Audrey took us to their neighborhood park where they have a sand volleyball court- the boys were in heaven! I appreciated the opportunity to get to chat with Audrey one on one. I was really impressed with her during our visit. With a 4 month old baby, four other active involved kids and a husband who works a ton, she’s still holding it all together. working with her kids individually, finding movements for tender hugs and teaching, exercising hard daily, maintaining her home and even cooking delicious meals! Her love for her children is so apparent. Her sweetness and tenderness really touched me this visit. 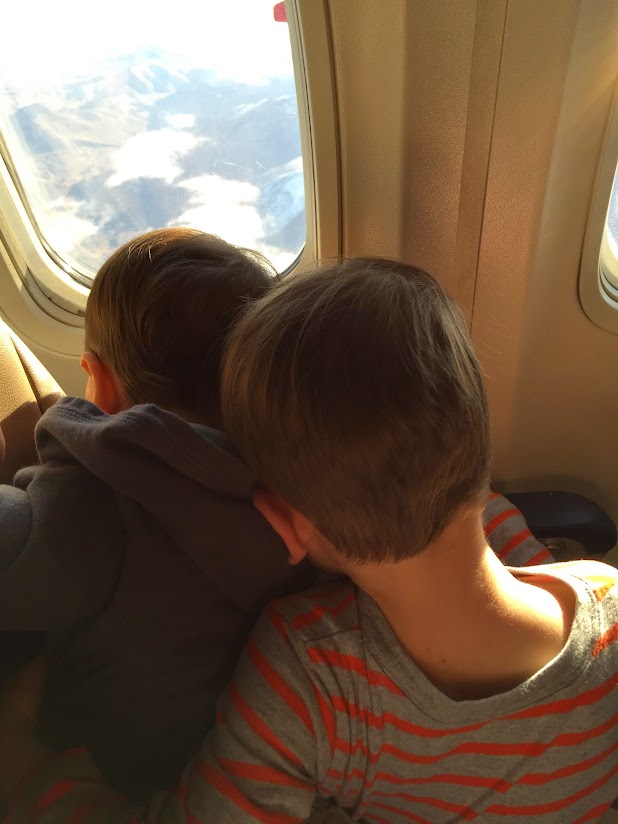 Seeing these two little heads looking out the window together- melt!

This was my first time traveling alone with the two boys. I was a bit nervous- especially with Anders being at the “let me get down and crawl around” stage. But the trip was smooth sailing. I was blessed with several kind people who willingly stepped in to help- carrying my extra box to skycap when my hands were full, holding my water on her tray when Anders and I fell asleep on the flight, smiling and telling me “What a great mom I was” when my energies were beginning to ebb, the pilot who asked Scotland “Wanna come up and do some loops with me?” and the sweet woman who gave my boys animal crackers as we waited hungrily. Every time I travel my faith in mankind is increased. People are good!