Tom’s residency requires one away rotation. So for two months we’re living in Pocatello, Idaho. While it’s been strange to up and leave our life in Seattle, it’s resulted in all sorts of fun adventures. We were provided with a small apartment around the corner from the hospital. It’s a real change from our spacious home in Shoreline, but it meets our needs and we’ve appreciated the chance to live more minimally. I’ve appreciated the impetus to get out of my rut and live life differently. We spent the first week here exploring the metropolis of Pocatello. It revealed several gems.
The Museum of Clean
We weren’t sure what to suspect in the Museum of Clean, but reviews online suggested it was well worth a visit. And it was! I’d never heard of Don Aslett, but it turns out my Mother-in-law used to watch his shows, read several of his books, and credits him with teaching her how to clean. I guess I should have been more impressed the the Cleaning Expert himself gave us a private tour of his museum. It was fascinating to see his collection of historic and anthropologic cleaning supplies. He taught Scotland the proper way to clean a window- he is credited with making the use of the squeegee widespread, showed him how to use a washboard and wring it out in a wringer and hang it on a line, as well as how children used to carry water in buckets attached to a yolk. 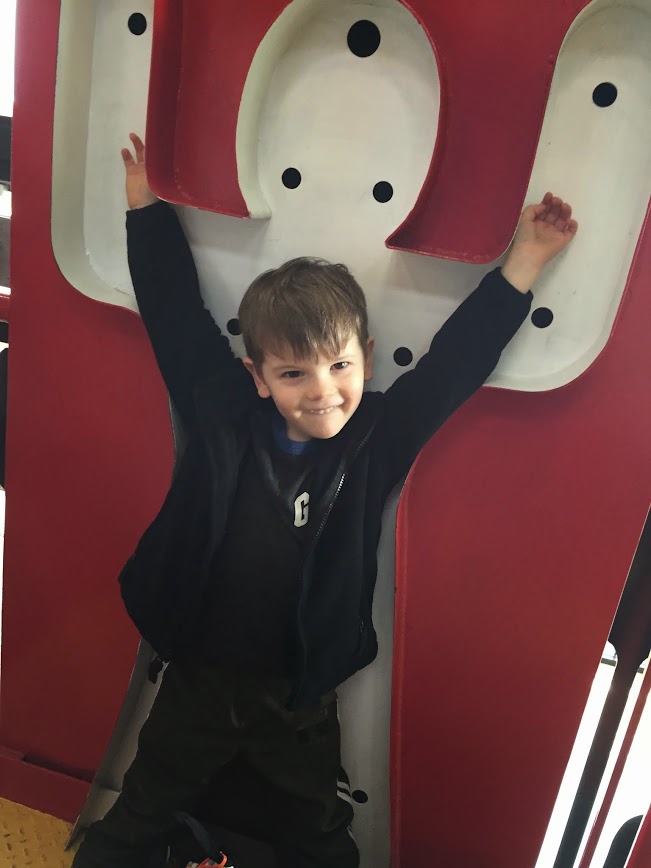 Scotland getting vacuumed off. 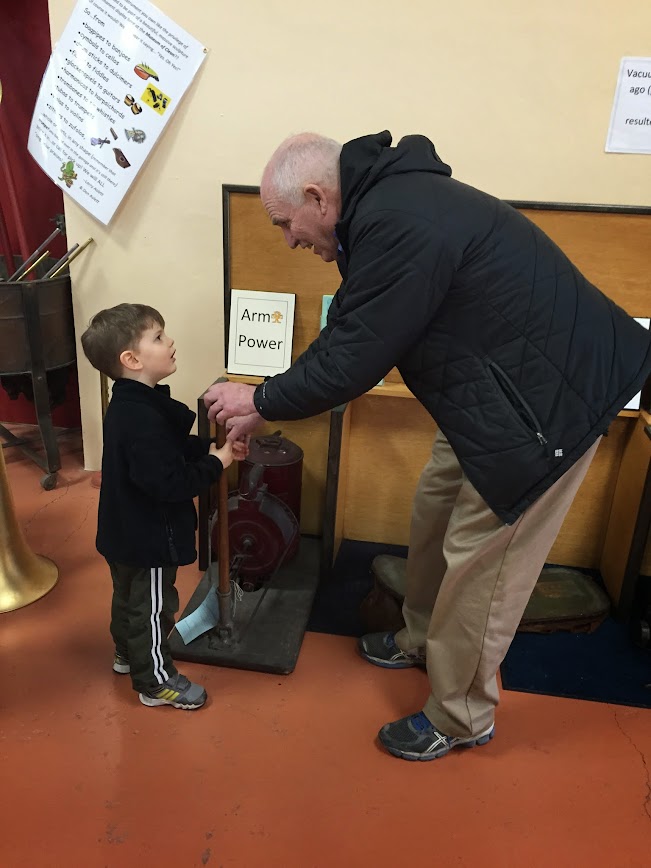 The Cleaning Expert himself, Don Aslett. 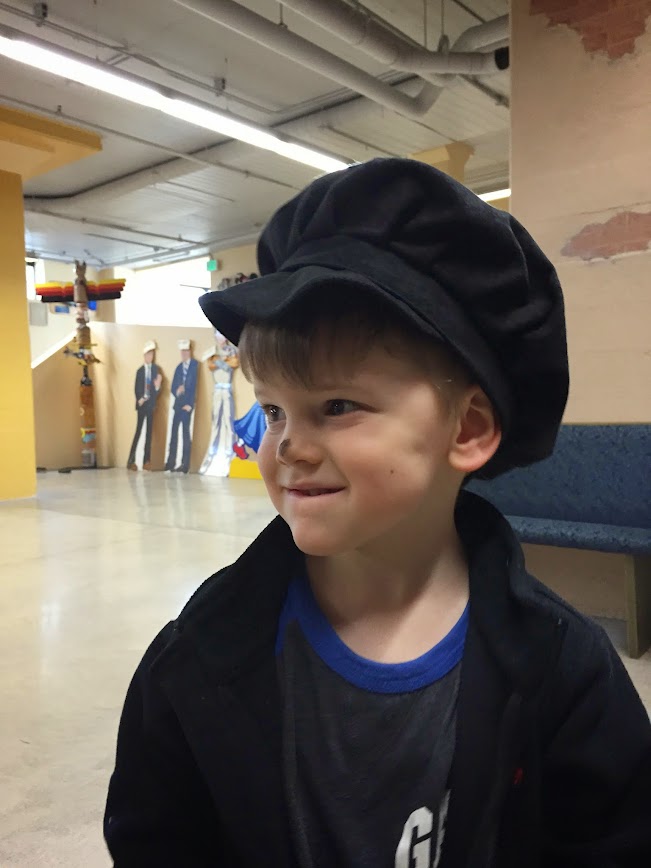 The museum offered a great opportunity to talk about the responsibilities of children around the world. One section dedicated to chimney sweeps talked of how orphans were forced to climb up chimneys and scrub them clean, often resulting in lung disease and severe burns. We talked about how children in many places today still carry water long distances, and spend the bulk of their days working for their families. Scotland really took the principles to heart, and I felt a renewed determination to find ways for Scotland to help around the house. 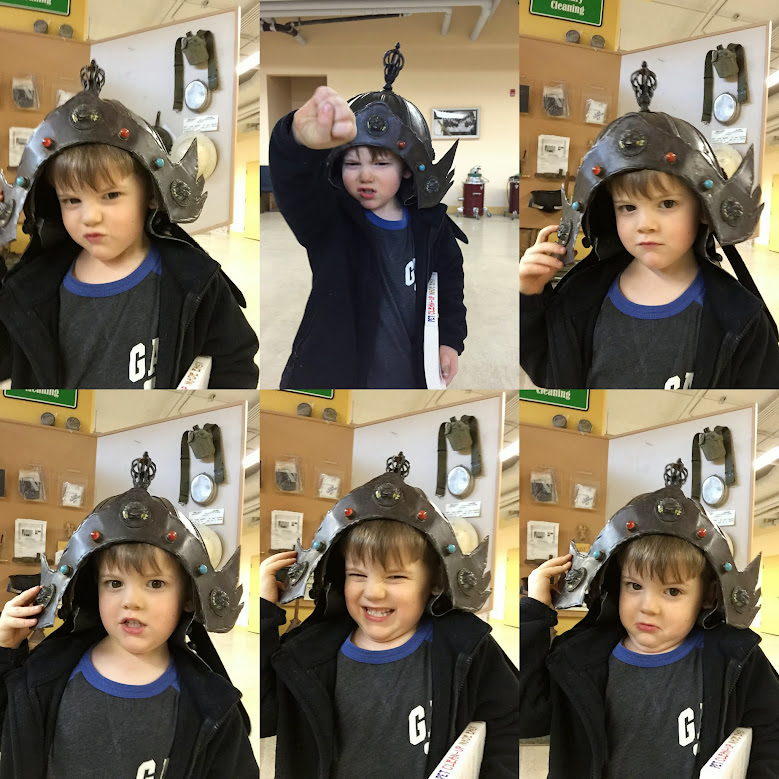 While everything in the museum was tied to cleaning in some way, some were rather loose connections. This helmet was on a wall alongside several other army helmets- because metal helmets were used to sit on, eat out of, and bathe from. Apparently the vikings used the same strategy?
Historic Downtown: 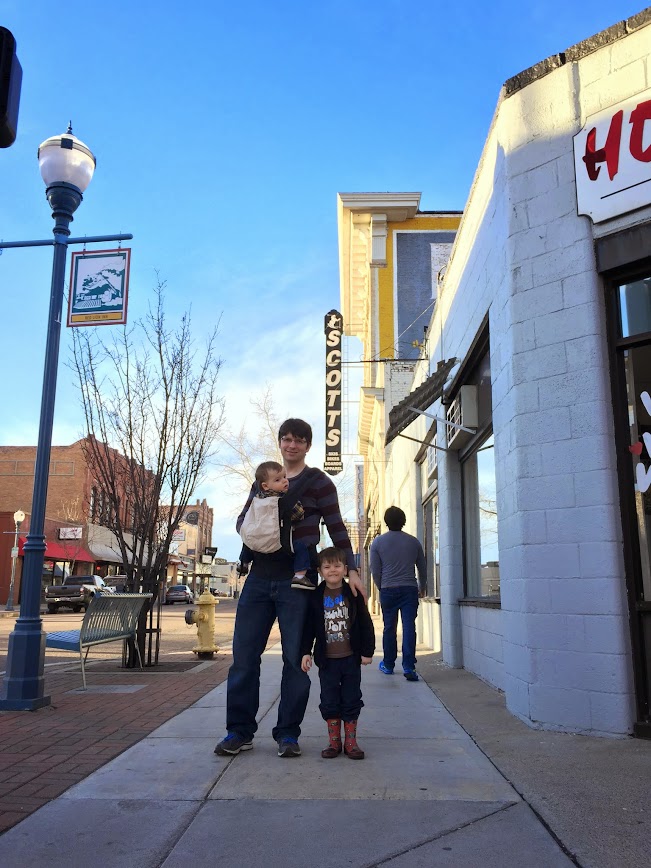 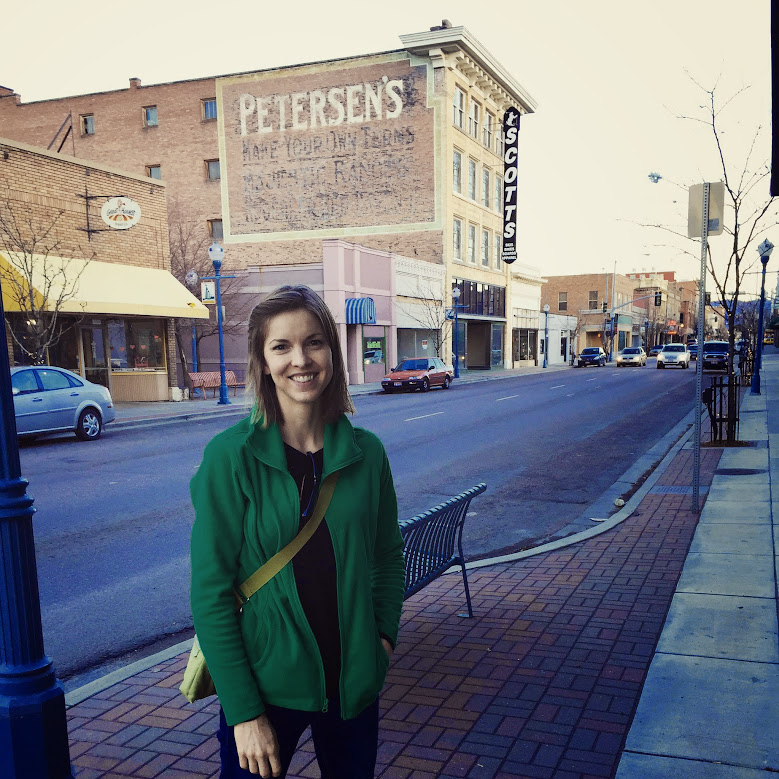 We spent one evening as a family exploring the historic downtown portion of Pocatello. It’s a few blocks with mostly struggling shops, but there are a few interesting nods towards Pocatello’s history. I got a kick out of the huge signs saying Petersen’s (my maiden name) and Harrison’s (my mother’s maiden name.) 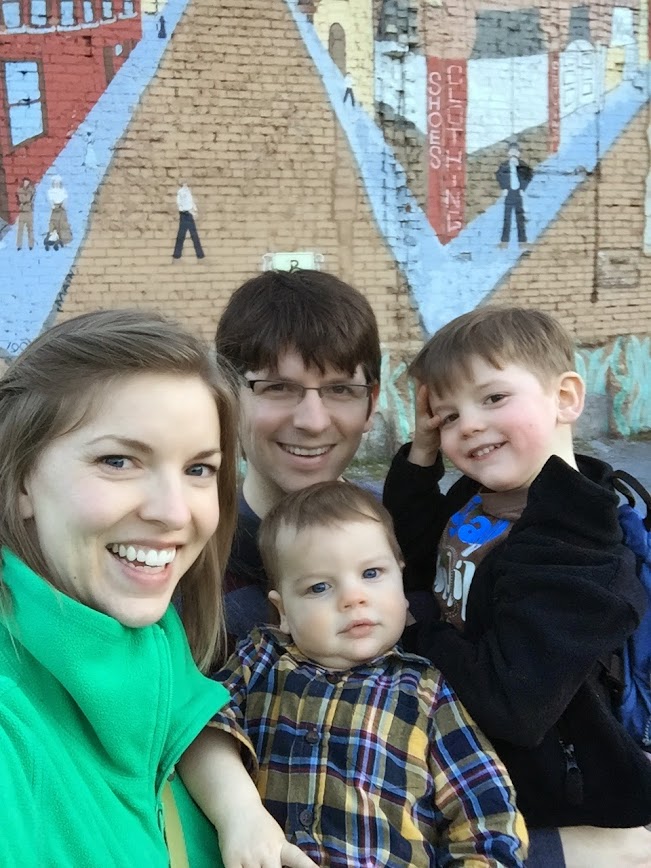 One of my favorite shops downtown was this artsy bookstore. The owner sat with his feet up next to a pot belly stove, hidden behind a wall of books. Scotland quickly re-imagined the store into a maze and played a boisterous game of hide and seek with Tom. We left with a gently used copy of “Where the Sidewalk Ends.” 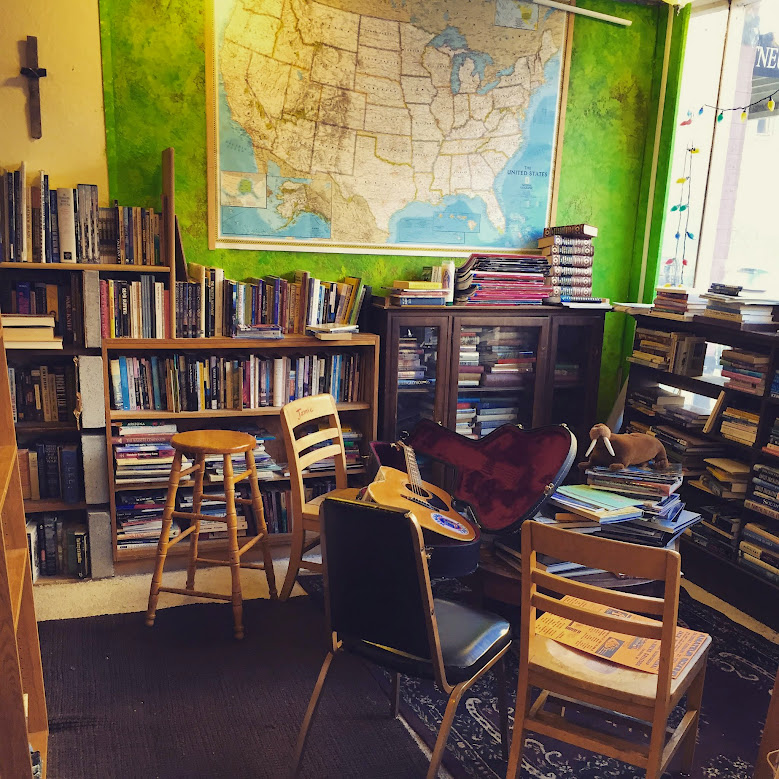 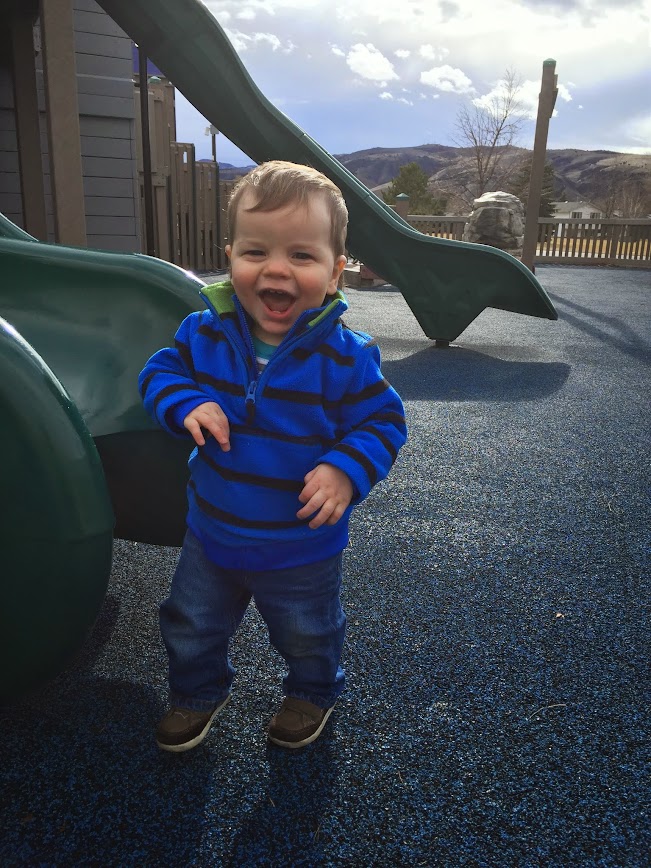 Pocatello, or Poci, as we like to call it. Has one of the more impressive playgrounds I have ever seen. It’s an inclusive playground- meant to facilitate play for all children- so there are lots of ramps, which turn into speed zones for children on foot. The first time we visited Scotland looked crazed. His eyes were wide and his head turned continually this way and that trying to take it all in. He whizzed from one end to the other trying out every ladder, bar, and slide. Anders was equally pleased.
Trails: 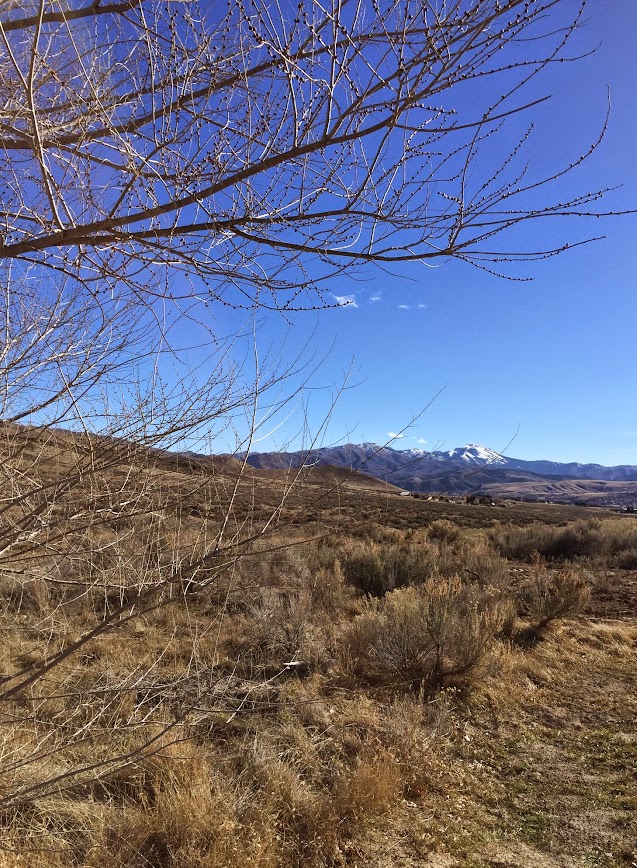 One of the highlights for me is the variety of trails across the street from our house. Pocatello lacks the verdant green of Seattle but makes up for it in expansive blue skies and abundant sunshine. The first week we were here it was in the 60s, too so we took full advantage of the great outdoors. 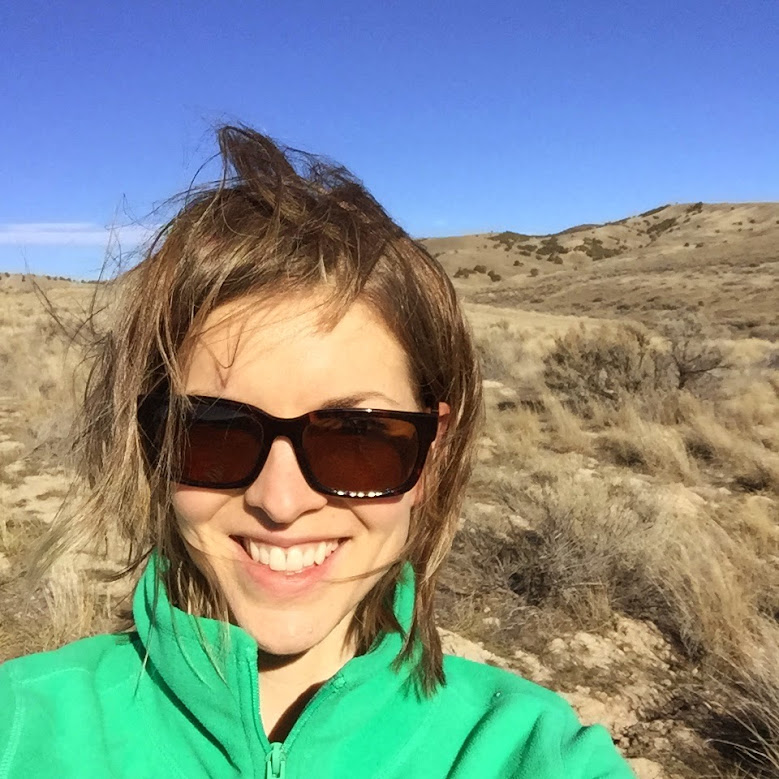 Sun, Sun! Glorious Sun! Oh how I’ve missed thee. Pocatello reminds me a lot of Moses Lake where I grew up- lots of sun, lots of wind. Though it’s much more hilly here. 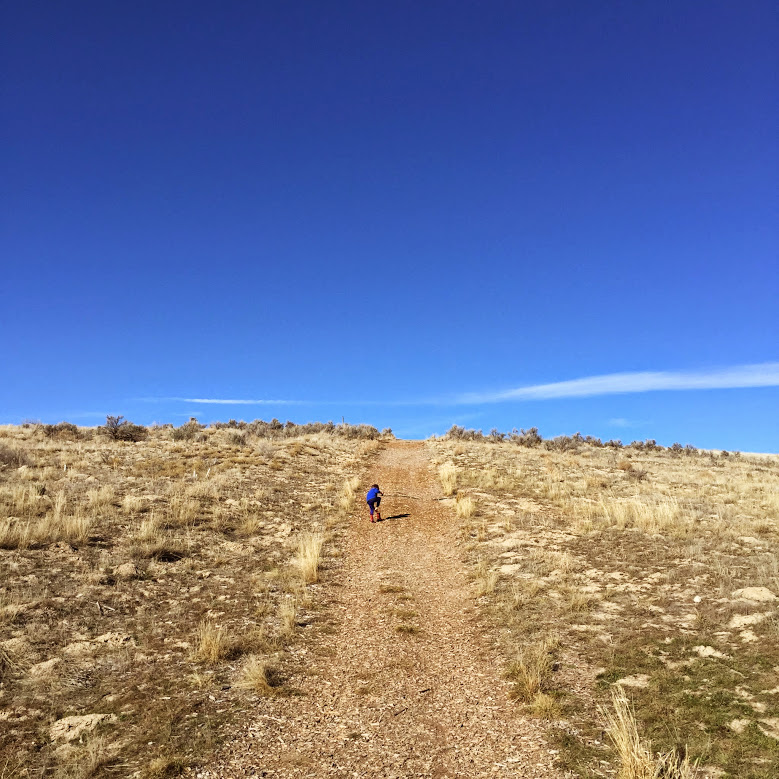 Tom works Sunday nights so we headed off for a LONG walk in the afternoon so he could sleep in preparation for it. I let Scotland lead the way and we ended up walking much farther than I’d intended. It’s time like these when I’m easily pushing my two boys along a rugged stretch of path that I think “Oh how I love my Bob!”  ( I just purchased a Jawbone UP, so I see more long walks in my future- hopefully more on that later.) 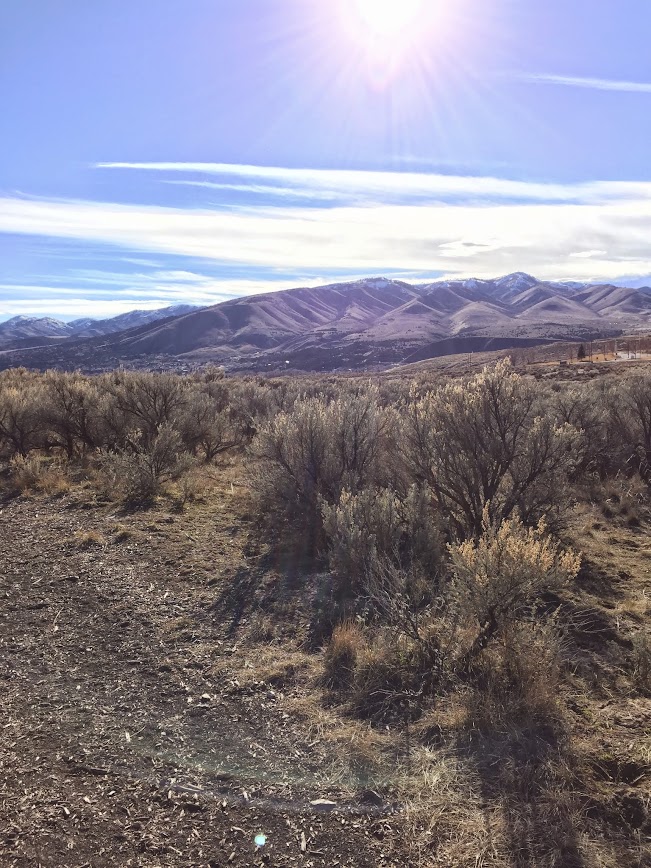