Last week, we got to spend a few days with my brother's family (and a few hours with my brother, Derek). It was great to see my neice and nephews. Scotter was so thrilled to have playmates all day- he was on their trampoline most of the time we were there. It was especially fun to see Caleb, since the last time we saw him he was just a baby. He has developed quite the personality. As Audrey said: “He's crazy.” When I asked if he was a “big boy” he said “No, I a baby!”

Scotter, Caleb, Anders and I went on a few fun scooter rides around “the neighborhood.” Both boys were quite confused by what “the neighborhood” meant. I think they were hoping for some new and exciting destination. 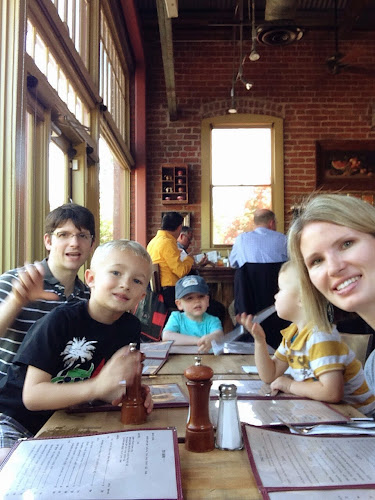 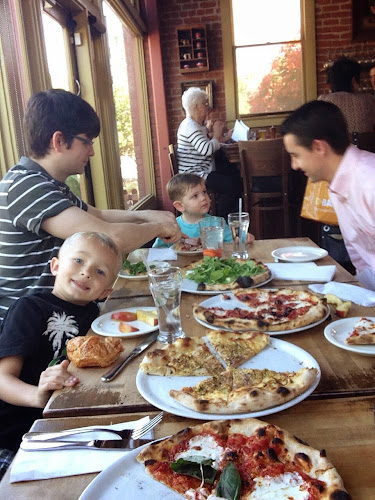 We met Derek for lunch at what many food critics consider the best pizza in the country. (I actually heard about this place first from my favorite cookbook “Gourmet” by Ruth Reichl. In an intro to the pizza dough recipe, she states that the recipe comes from Carl Bianco who she claims makes the best pizza she's had.) The pizza was truly scrumptious- best pizza I've had in the states. Better than the little pizzeria in Torre del Grecco?- the jury's still out!

I always love chatting with Ryanna. She's such a deep thinking, fun girl. We tried crackle nail polish together for the first time!

Though our visit was brief, and not at the best time for the kiddos or Derek. I was just so glad Scotter had a chance to spend time with his cousins. Ever since we've been back he keeps saying “I want some kids to play with.” We love you Phoenix Petes!

One response to “Phoenix Fun!”